It is fair to say that the outcome of May’s general election took a lot of people by surprise. A contest that was expected to be too close to call delivered a majority for the Conservatives, an unprecedented increase in support for the SNP and misery for Labour and the Liberal Democrats. As the new government sets out its plans for the next few years, I thought I should share some of the RIBA’s thoughts on what the administration’s policies might mean for architects and architecture.

The first and, I think, most under-reported point I’d like to highlight is that the new government isn’t going to mean more of the same. The move from a coalition government with a large majority to a single party government with a much smaller majority is going to have a profound impact on both policies and procedures. I expect to see much less grand parliamentary procedure and a lot more focus on changing regulations and addressing how they are implemented. I have a feeling that the outcomes from all this could lead to some interesting discussions within the profession.

I’d like to welcome Greg Clark to his new role as secretary of state for communities and local government (DCLG). One of the last government’s final acts was to move responsibility for architecture from the Department for Culture, Media and Sport to DCLG. I hope that this change, coupled with the return of Brandon Lewis as housing and planning ministers can help integrate the role of architecture into the department’s work.

With a number of very thorny issues in need of urgent attention the department will  certainly need a bit of luck: tackling the housing crisis, severe resource pressures in the local authorities and a growing imbalance between areas whose economies have seen a recovery and those which continue to struggle are formidable challenges. It’s already clear that one element of the new government’s solution to these issues is its commitment to regional devolution.

The RIBA has strongly supported moves to give power and resources to local leaders and we are keen to see how the cities in the first wave of that process adapt to greater powers and responsibilities in areas like housing, planning and transport. In my own area of Manchester, will greater devolution deliver more schools, more homes and a stronger role for architects? How will plans for a ‘northern powerhouse’ affect the profession? I will be engaging closely in these debates and I’ll be keen to hear from members about what is and isn’t working.

One impact of the move to devolve power is that a number of national initiatives that the RIBA has called for are likely to move further down the priority lists. It will be interesting to see the role Whitehall will play in tackling issues like strategic planning, housing standards and the role of design in policy making. I think that we’ll increasingly be looking to address these issues at a local and regional level. Closer to home, nominations for RIBA council have now closed. You can find out more about the people standing for RIBA council elections at www.votebyinternet.com/riba2015

Brutalism follows Mackintosh
Since opening in 2014, the RIBA’s Architecture Gallery has gone from strength to strength. The recent Mackintosh exhibition got excellent reviews and far exceeded its audience target. The latest exhibition promises to be even more exciting. Hot on the heels of being nominated for the Turner Prize, architectural co-operative Assemble has worked with Simon Terrill to recast (in foam) some of the ground breaking play structures that accompanied iconic post-war housing developments, using RIBA’s collections as inspiration. The Brutalist Playground is open from 10 June to 16 August at RIBA 66 Portland Place. More information at architecture.com 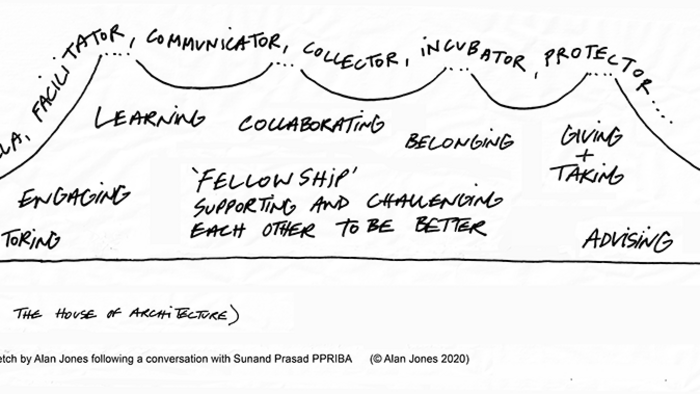 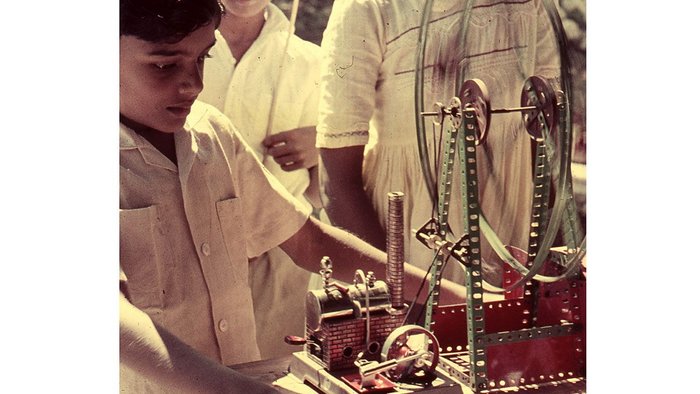 Hindsight: Sunand Prasad, from dams in the mud to RIBA president