It’s hard not to be thrilled by the sight and sound of Japan’s ubiquitous pinball Pachinko Parlours. Their neon, strobes and deafening clatter of ballbearings offer the Japanese salaryman a form of sensory overload – a white noise of distraction from the drudgery of the day job. The pleasure’s also an illicit one, the valueless ‘tokens’ won illegally swapped for cash via some nearby ‘hole in the wall’. The parlours’ cultural specificity proved to be the inspiration for London-based academic duo You+Pea’s studies into the creation of a pop-up, back-up capital for Japan in the event of Tokyo’s seismic number coming up.

People are the tokens in this chaotic, luminous world, bouncing their way around the coruscating pinball city ‘Medal’ of its urban landscape. The language is the schematic drawings of the Pachinko machines combined with the applied programme for the new city, coming together to form an ‘intimate reflection of the supersaturated world of the Medal.’

3D modelled with hand painted textures, the idea of the world presented thrilled the judges universally, with Alsop declaring it ‘a potential winner’ when he first saw it and Robson calling them ‘images of real drama.’ Fernie likened their form to the work of the turn of the century Italian Futurists, ‘excited’ by their swirls and vortices and ‘genuinely convinced by their framing.’ Parry remarked: ‘It’s difficult to know what the original impetus was but it’s as if a seed was sown and it blossomed.’ The difficulty of categorising the images was what made them winners. ‘I think it’s great to see work that isn’t framed in terms of conventional visual art or architectural practice,’ concluded Fernie. ‘It’s rare you get to see that narrative.’ 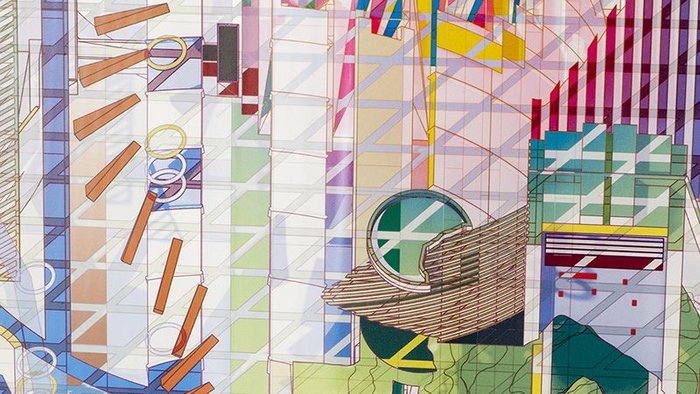 Pure design is in full bloom 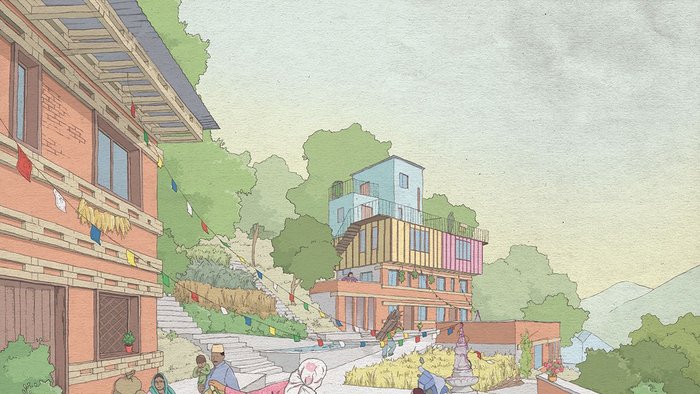