The NPPF allocates 10% of homes in major developments as affordable to meet the Letwin Review’s need for housing for older people and students, Build to Rent and self-build. What else do you seek?

Yes, but it’s whether that’s been addressed. The government says in its own 2017 White Paper that there’s insufficient competition and innovation in the housing market and it needs to diversify to increase the amount, choice and quality of housing that people want. Regarding the proportion of self-commissioned new homes, the UK’s a global outlier. On average it’s about 40% of new homes – in England it’s 5% – yet we think our housing market is ‘normal’. Think about it: in a world where we buy new everything, isn’t that strange?

A diversity taskforce, renewed Community Housing Fund in the CSR, accountability for reporting on housing diversity – that’s a lot of asks...

That White Paper set out three pillars of housing strategy – one was housing diversification, but there’s still no breakdown of how many houses built were delivered that way. A good start point would be measuring performance and engaging with those making up the sector to deliver policy and action.

What about Local Plan Strategic Market Housing Assessments? Do you want policy embedded in DPP3 processes?

England’s NPPF sets out a need to deliver housing on assessed need, including custom and self-build homes.The 2016 Housing & Planning Act put a legal duty on LAs to keep a register of those wanting to build their own homes and ensure sufficient plots are permissioned to match the need. It aimed to double numbers of self-commissioned homes and aid small builders recovering from the 2009 recession, whose market share had dropped as a result.

Homes England has to deliver the government’s housing agenda – that includes diversification. It focusses on quantity, not quality and mix. Its systems are geared to a small number of larger organisations, but hopefully it’s addressing this through a new DPP commissioning and DPS (Dynamic Purchasing System), allowing it to deal at smaller scale with more locally focussed groups.

Could you write housing diversity demands into design codes and concentrate on diversification of small sites rather than as LA wide blanket policies?

First, the planning White Paper explicitly says it will make more use of public land for community and self-build projects; secondly, small sites suit self-build or custom homes. It also proposes that every part of the country has three zones, each of which can have sub zones with their own design guides. These are common in custom and self-build anyway, making them better planned, more contextual and sustainable.

Would concentrating on small sites only free up stalled planning on larger developers’ sites so they could build more quickly?

It’s more about the landowner I think. Do you want to sell wholesale to a large developer or retail as small parcels? Which would maximise your land value? There’s a strong argument for splitting larger sites into plots and if the UK is going to catch up with mainland Europe, diversification is needed on large sites too and be planned in from the get-go. The more people see diverse homes being delivered, the more they’ll want to live in them. The competition would change the habits of the volume housebuilders too. 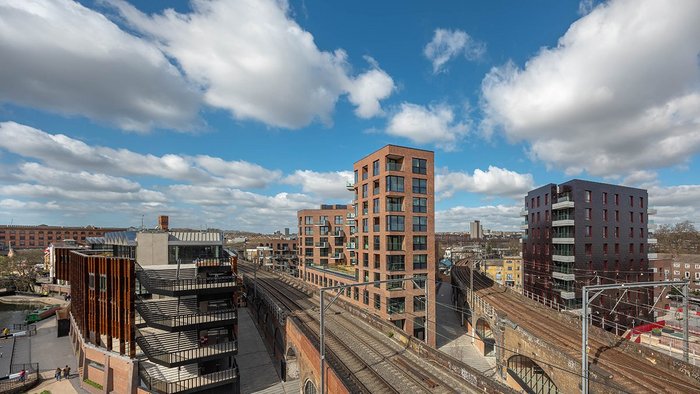