The nature of industry in the city has made conversion for modern use difficult, but historic buildings are key to unlocking development and new architecture says council design manager Andrew Fuller 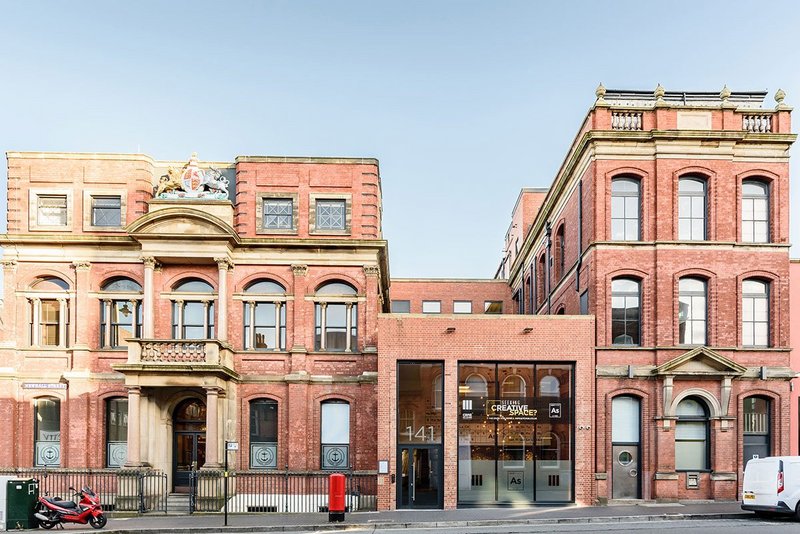 Birmingham is undergoing something of a renaissance. While major projects and infrastructure development have always featured in the city’s reinvention and evolution, new development is now placing heritage at the centre of this drive to renew. It is cultural stirring across the city, with an awakening of its identity in music, film and art through heritage. The drive for change in itself is very Brummie – the word ‘Forward’ is proudly emblazoned across the banner beneath its coat of arms, and the city sticks by that.

For a local authority, working on a scale as big as Birmingham, with all the competing socio-economic issues, is challenging – it is England’s largest council. How to find a meaningful role for heritage has long been the question. The future the city faces over the coming years is not for the meek hearted. A significant population growth of 150,000 people is forecast over the current plan period, new rail and tram infrastructure is planned, and substantial housing, office and retail development is in the pipeline. All this must be supplemented with the needs of education, health and recreation. Where then does heritage sit among this tide?

The perception of place is growing in importance, both in attracting external investment, but also in securing a quality of life for Birmingham’s citizens. The city council’s Growth Agenda seeks to satisfy both new and existing audiences and Birmingham’s increasingly positive image has been the key to unlocking its delivery. Promoting a Birmingham that is rooted in the Midlands, boasting local characteristics and favouring home grown peculiarities in design has started to bear fruit. A bespoke take on design that is grafted to but not stubbornly fixated on the past has started to emerge. Traits of Birmingham’s past are emerging in schemes and projects of all sizes and form. This is not heritage done in isolation, but as part of and central to the wider debate over architecture, public realm and urban design.

Finding and exploiting Birmingham’s ID has been the key to these first successes. Sat in the middle of the country, at first it’s hard to find a consistent style or materiality to Birmingham, when compared with that other more geographically defined cities. But take another look and you’ll start to see the orange and brindle brick, careful and expressive handling of ceramics, a passion for terracotta and the creative and artistic flourishes to not only houses but factories too. There is, of course, the Birmingham of concrete and steel – the city is becoming proud of its post-war architecture, and its planners are acknowledging that experimental age. This is a complex city that visitors have to work at, grapple with and dissect.

The extensive network of canals has long been recognised, but less so its vast 19th century legacy that, contrary to popular belief, survived the radical redevelopment of the city centre in the postwar years. So too did the pleasant and extensive suburb of Edgbaston with its Georgian origins, the Jewellery Quarter with its unique collectives of creative trades, along with a host of fascinating one-offs. Buildings of particular note are the 1813 Gun Barrel Proof House (intrinsically linked to Birmingham’s gun manufactories), the 1838 Curzon Street Station (the nation’s first intercity railway station to the capital) and of course the 1840s grade II* listed Roundhouse, the jewel of the central canal system.

Unlike its northern neighbours such as Manchester, Birmingham was developed on a formula of small intimate workshops along canals and urban lanes – partly how it became known as the ‘city of a thousand trades’. However, in many ways this type of development has made the transition to post-industrial and the service sector more difficult. Few large floorplate buildings were built in the 19th century either in the form of mills, warehouses or offices. Industry was built in many, many small bespoke manufactories; only the cathedral of Fort Dunlop overlooking the M6 bucked the trend. The challenge has been to find inventive ways to repurpose these buildings and connect this heritage to city of today.

For the council, this has come through heritage-led placemaking. This is not just through individual proposals, but also city-led masterplanning and policymaking. Making heritage and the modern city fit together has been a challenge that many cities have struggled with for years. If done badly, it can appear tokenistic and lacking in conviction. Birmingham hasn’t always got the balance right first time. Accepting the contrast, allowing new architecture to flourish unfettered by pastiche, making sensible connections, being bold with scale where you can and repurposing what is retained from the past in a fresh, meaningful and dynamic way is key to Birmingham’s approach.

In recent years the council has been engaged in a series of projects to break down sections of over-engineered postwar road infrastructure to reconnect the city centre to its inner suburbs. It has gone on to define various quarters and roll out a suite of frameworks and masterplans to guide regeneration along sound urban design principles rooted in the past. Around 30% of the city centre is now comprehensively mapped out with clear direction.

Lost historic routes are now proposed to be reinstated and are complemented by new routes and spaces placed sensitively to create opportunities for historic buildings to be retained. The intention is not only to give certainty to the buoyant investment markets, but to protect the setting and safeguard against the loss of heritage assets. In places like Digbeth, one of Birmingham’s premier creative quarters, the knitting back together of the townscape is considered on multiple levels, starting with the sunken and part conduit River Rea. Then there are the canals carried over it, the street level above and railway viaducts beyond. This multi-layered, part-hidden and unplanned patch is typical of much of Birmingham’s original organic growth. Left unmanaged, much of this could be ‘tidied up’ and lost as investment comes forward.

Also in Digbeth, artists are for the first time joining up with developers to explore this industrial heritage and animate it in new development proposals. Comprising two conservation areas and an emerging supplementary planning document (SPD), the area is facing up to the challenge of securing regeneration that is as representative of Birmingham’s current identity as the buildings of its past. With the new HS2 station, which had planning approved in May, along one boundary and continued growth of the city centre on the other, managing growth remains a challenge. The SPD proposes to make what the city calls, ’big moves’ in the form of new connections, canalside destinations and dramatic contrast in the scale of new development to viaducts and water edges. It is taking the National Planning Policy Framework (NPPF) at its word so as to ensure that it ‘looks for opportunities for new development within conservation areas and within the setting of heritage assets to enhance and better reveal their significance.’ This proactive approach is attracting extensive investment, including speculative masterplans that are currently being considered by the council.

Elsewhere, work is nearing completion in the Jewellery Quarter on a new conservation area management plan, which like all heritage in Birmingham dovetails with other initiatives, in this case a neighbourhood plan and design guide.  Competing to be the creative centre within the city, this district has already undergone extensive investment and the pressure to develop continues. A proposal to unlock an area of land in the Quarter’s commercial heart with new routes back to the city centre recently secured planning. St Paul’s Quarter seeks to restore built heritage and deliver modern development hand in hand to create inspiring placemaking.

It is not just neighbourhood plans that are playing out the heritage aspirations of the city, so too are the business improvement districts (BIDs). In Colmore Row the city is working with the BID to help realise a new management plan for the conservation area. It covers the civic heart of the city, including the town hall, art gallery and cathedral and is subject to the pressures of major development. Paradise, on the western limits, demonstrates how heritage has steered the nature, layout and quality of major investment in the setting of the city’s finest civic assets.

Key building and sites like the Roundhouse are not forgotten. The HS2 high speed rail will unveil a new station and create links through the new Paternoster Square to historic Digbeth, as well as the complete restoration of the grade I listed Curzon Street Station. Interpretation is also important, and through art and public realm, the new Smithfield Markets will deliver a new square around the grade II* listed Church of St Martin. This will help identify the ancient buried location of the town manorial site recorded in Domesday Book.

Education, research and innovation are also expanding. Again, heritage in terms of buildings, places and infrastructure are key to unlocking masterplans. In the case of Eastside Locks, the former Belmont Works is being restored as the gateway building within this new quarter and provides a narrative link to the canal and associated heritage structures that cut through it. The works, known as STEAMhouse, will incubate research and business with University College Birmingham in this substantially repaired brick and terracotta edifice.

Over in Centenary Square, the University of Birmingham is converting the grade II listed Municipal Bank to accommodate a new hub in the city centre. It comprises a bold extension to the rear, overlooking a new public square to the surrounding Arena Central development. The £27m conservation project will see the building brought back into use for public access next to the new HSBC headquarters, which itself has relocated to Broad Street from the capital.

As Birmingham continues to deliver its growth agenda, capturing this dynamism and innovation is now the job of both the emerging Heritage SPD and its sister Design SPD. Little of the heritage work in Birmingham is orthodox or traditional. Conservation here is about repair, growth, innovation and gutsy boldness; a future rooted in the identity of its past. Given the brave and ambitious forebears of today’s city planners it could be little else, however today the spirit of contemporary design stands with, not over, its heritage.