Are we complicit in political manoeuvrings on housing? 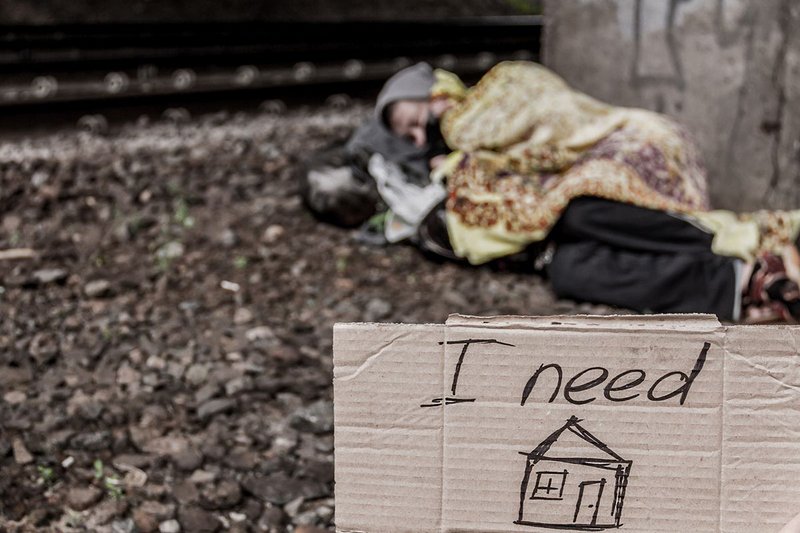 Do architects understand the ‘housing crisis’? Are we doing enough to inform ourselves? Is it even our place to worry about it? If we don’t understand, are we complicit? Are architects housing the crisis?

Architecture can feel a long way downstream of vast socio-economic conundrums such as the ‘housing crisis.’ Perhaps we can simply feel proud to be delivering well designed affordable homes: doing our bit under the banner of increasing supply or nurturing community cohesion. But is this a bit of a cop out? Perhaps in our ignorance we’re co-opted into its perpetuation.

Shelter defines the housing crisis as ‘the lack of affordable, decent homes’. These qualifiers are critical. Too often, we fixate on simply the lack. It’s easier to understand and therefore blame factors like population growth, increased life expectancy, smaller households, nimbyism etc. It’s more palatable to consider the solutions to these problems; to cite supply and demand and rally for building more homes. The easy familiarity of these arguments inflates their bearing whereas in fact, while the population of the UK has risen less than 30% since 1952, house prices have gone up more than 300%, and yes that’s adjusted for inflation, otherwise it’s more than 10,000%! There is clearly more to this story. Much more.

In October 2017, for the first time, the Office for National Statistics released data on the wealth of our fair nation that separated the value of land from the value of the dwellings and buildings that sit on it. It revealed that since 1995, the total value of all land in the UK has quadrupled to over £5 trillion, and that land now forms two thirds the value of property. Since 1995, land has gone from accounting for one third of our national net worth to over half. In short, land is an enormous economic contributor and this is so problematic because land is a fantastically efficient mechanism for transferring wealth from the poor to the rich. Simplistically, because land values inflate the economy without increasing productivity, it’s a zero sum game. There’s widespread misconception and disagreement as to the role of land values in economic growth and as such, there’s no prevailing consensus to disseminate.

What could be more preposterous than designing a system that disadvantages millions and then putting them through the indignity of proving they need your help?

Many like to paint the ‘housing crisis’ as an uncontrollable phenomenon we’re all victims of, but this is deceptive. We’re in this position because of a chain of legal and policy changes that favoured home ownership and economic growth. From the 1963 Finance Act that offered a huge subsidy for owner-occupied housing, to the 1971 Competition and Credit Control Act that deregulated the mortgage lending market, the wheels were set in motion for rapid increase in house prices. Between 1971 and 2017, the average house price went up fortyfold, and until relatively recently, this was celebrated.

Politicians today talk about building new homes as the answer to this crisis because if that were the solution we wouldn’t need to unpick 50 years of legislation. It also means we get to keep saying supply and demand, supply and demand, as if somehow repeating this mantra of unfettered capitalism will please the money gods who will rain down quality of life. And don’t even get me started on ‘affordable housing’. What could be more preposterous than designing a system that disadvantages millions and then putting them through the indignity of proving they need your help? ‘Affordable housing’ is not a solution, it is a symptom of an egregious failure.

We shall see how long successive governments pass the buck, while every day political instability increases as the crisis becomes harder to solve; while every day the burden of private and public debt is patched with impossibly unending economic growth leading us towards environmental catastrophe; while every day technological advancement and cultural innovation are hampered as investment is diverted into the miracle-grow-fertilised property market. A ‘crisis of productivity’ is already gaining traction. Just last week slumping productivity was blamed on young people’s smartphone use. Yeah right!

What are we architects to do? We can make sure the houses that get built are decent, yes, but in giving airtime to the papering over the cracks that is building more homes, are we perhaps complicit? I’m not saying we should stop building new homes, or stop working for housebuilders, but if this is kicking the can down the road, then maybe we ought also to be engaging better with the meat of the problem. The endless headlines in architectural magazines about the marginalisation of the profession may contribute to our feelings of powerlessness here, but we are still central to the housing market and so still absolutely qualified to engage in this debate.

Since when have architects let others worry about society and economics and just sat around unquestioning, waiting to be fed some fee scraps? The solution to this problem is going to come from significant shifts in policy and in this age of demagoguery, change is facilitated by priming the citizenry and in this, we architects can and do have a role.

Maria Smith is director of architecture and engineering at Interrobang