As a bulge in the UK-born workforce nears retirement and easy access to EU workers is under threat, the construction industry faces testing times

The one solid certainty we have been given since the EU referendum is that Brexit will mean leaving the EU single market. In simple terms that means releasing ourselves from the shackles of the four freedoms of movement: labour, capital, goods and services.

Focusing on just one of the four, labour, illustrates the scale of the challenge the construction industry faces as it readjusts.

That clearly poses a real and immediate problem, at least in the short-term, for UK firms that are already complaining about skills shortages.

How worried should they be? How big is the problem?

The following charts are taken from a recent presentation to the Constructing Excellence London Club. It’s worth taking in what each of these charts is saying before trying to form a full interpretation of what they might mean.

The data were taken from the 2016 Q3 Labour Force Survey and are published with kind permission from the UK Data Service. The numbers are about the best you’ll find, but they are still indicative and should not be thought of as highly accurate measures. For technical surveying reasons, they are thought to underestimate the number of migrants within the system, especially new arrivals.

So if the level of migrant labour in construction is a concern, it is well worth noting that the level is probably higher than these charts show.

A further point of note is that architects, along with quantity surveyors and engineers working within consultants, are not counted within the construction industry statistically – they are cast statistically within the services sector.

Chart 1 shows the age profile of the construction workforce at a national level: 84% to 85% are UK born; 9% are from the EU and 6% from elsewhere. Roughly a third of the workforce is over 50 and overwhelmingly the older workers are UK born.

Chart 2 looks at the age profiles more closely (note on different scales) and illustrates the major bulge in the UK-born workforce that is rapidly approaching retirement age. There is a sharp fall in the workforce once they hit 55.

Chart 4 focuses on London showing the levels of migrant labour within each age band. And Chart 5 mirrors the earlier chart in that it separates out the age profile, this time in London. Note here the scale is shared between the non-UK and UK born.

From these five charts we can see some major issues. First is the clear the bulge in the workforce which is heading rapidly towards retirement, representing the potential loss of 500,000 to 750,000 over the next 10 years.

Filling this gap will be a tough challenge in itself, although reshaping work to help keep more of the older workers engaged would be one way to ease the scale of retirees.

Importantly though, this group is predominantly UK born, which means the industry’s future workforce, the human capital on which it will depend, is far more weighted to non-UK born people than the 15% industry UK average might suggest.

More than 20% of the UK construction workforce between the ages of 20 and 39 were born overseas. That figure for London tops 60%. From this we can reasonably assume there will be whole niche sectors of the construction industry pretty much fully reliant on workers born abroad and in general there will be significant industry knowledge vested in the non-UK born workforce.

Given that the data probably undercounts the proportion of migrants, the implications are both clear and quite worrisome for an industry already squealing about lack of skills.

The two big questions to which the industry needs to find answers quickly are:

If both happen the industry will not simply be facing a tough battle to replace the rising tide of retirees associated with a bulge in older workers. It will also have to deal with an increased loss of younger workers than might normally be the case. And it will have to find a source of new recruits to replace flow from the Continent.

Almost half the industry is either foreign born or over the age of 50. That’s more than 1 million potential holes to fill. Observed in that stark way, the scale of the problem borders on surreal, although, statistically, it equates to just 2,000 rather than the Beatles' 4,000 holes in Blackburn, Lancashire.

Without a solid plan, and perhaps even with one, the almost inevitable result in the short term is unsettling. All other things equal, we should expect upward pressure on wages, a deepening skills shortage, gaps forming in the supply chain, a shift to less labour-intensive solutions and a downward pressure on demand for construction.

Clearly a boost to wages would go down well with the employees themselves, albeit in the short term. But this poses a further, less obvious concern for employers. A sharp rise in pay can lead to workers reducing their working hours – in economic terminology, creating a backward-bending labour supply curve where workers earning more trade work time for leisure time. And there is more than a suggestion that this happens in construction.

An upside might be more money pumped into training people locally, providing opportunities for work especially within more deprived areas where jobs are harder to find. But this again comes at a cost to the industry and eventually to the client.

Yes, there is the rosy picture of higher wages, better training and more productive working, but arguably these should have been in play anyway.

Sadly the better training and more productive working on which higher wages rest tend to flourish best in a more stable industry which offers longer-term security and progression.

Shrinking the available labour pool and restricting migration and mobility will mean the industry is less able to absorb economic shocks and recessions without scarring redundancies. This will add to the boom-bust, unstable career image it already has. 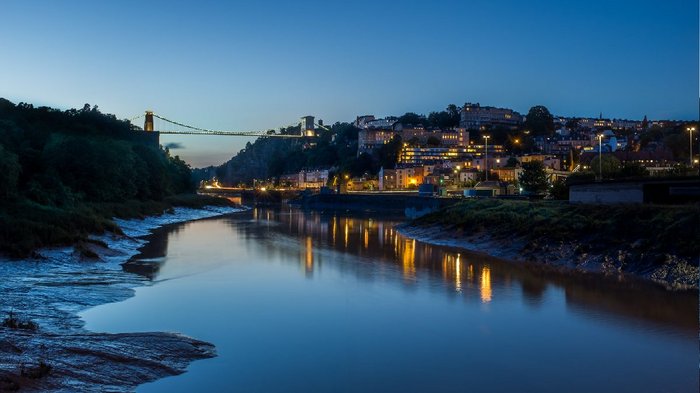