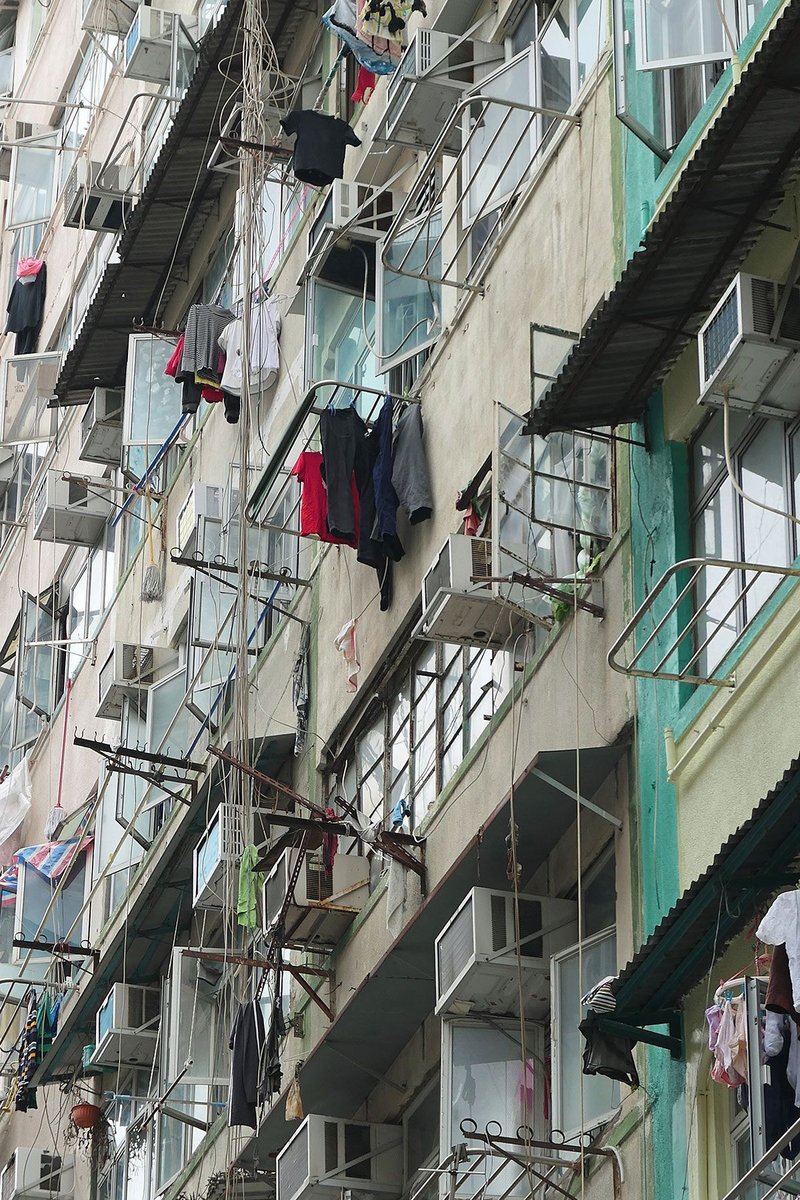 The protests had just started, before this, my first visit to Hong Kong. In the weeks and months that followed they steadily increased, and sparked protest in support from members of the Hong Kong diaspora around the world. Despite the government of chief executive Carrie Lam moving towards the protestors’ central demand – the withdrawal of a bill which would have allowed extradition to mainland China – the demonstrations just continued and intensified, in an echo of what President Macron experienced with the ‘gilets jaunes’ in France.  The dissatisfaction culminated (at the time of writing) in the violent storming of the Legislative Council building on July 1. More protests are planned.

This is a lesson in what ‘Hong Kongness’ means. We are not yet half way through the agreed 50-year transfer period following the handover of the former UK colony. Hence the extreme sensitivity to any government move that is seen to erode the prized freedoms of the Hong Kongers, which have over time led to the physical expression of the place itself.

Why am I writing about this? One reason is that Hong Kong contains the largest number of RIBA members outside the UK, both indigenous and ex-pat. Partly that is a legacy of colonialism but mostly it is to do with those facts outlined above: its location and political status, combined with its vigorous trading history. As Helen Castle reports, this is where international architecture firms like to have their regional bases. You don’t need a visa to go there and when you do, it’s almost nostalgic to arrive at Foster’s Chek Lap Kok airport on its man made island. When it opened in 1998 this was the ne plus ultra of terminal design, a rapidly-built farewell gift to the colony by the UK government. Now, though still vast to British eyes, it is almost a period piece. It is exactly what we should have built years ago for London in the Thames Estuary, but let’s not get into that.

It is, of course, all about the topography, the feel of Hong Kong. You get development clinging to the subtropical high ground. This explains two things about the place: its famed hyper-density and the fact that they just can’t stop reclaiming more and more land to build things on, roads included. The shape of the shoreline seems to change constantly as the relatively shallow waters of the archipelago allow for the making of new land in a way that is reminiscent of Dubai.

But they are pretty good at building on steep slopes too. One of the attractions of Hong Kong island is the vertical layering of the place, skyscrapers sprouting one behind the other.  Often you are so close to another building you can almost touch it, and it is common for windows on lower levels to be opaque to avoid overlooking, but somehow, overall, the vertical separation makes this tolerable. Vegetation creeps in. At the edges vertiginous staircases set into the slopes, alongside carefully-maintained stormwater channels, arrive in mountainous parkland, loud with birdsong, dotted with shrines.

Verticality expresses itself in another way: retail takes place on many more levels than we are used to in Europe. Here, four levels is about the most we’ll attempt – how do you get the people circulating round more floors of shops? No problem in Hong Kong: in one vast 2004 shopping centre we visited – Langham Place in the teeming commercial district of Mong Kok in Kowloon – I counted 15 floors of retail, two below ground, 13 above. Retailing happens everywhere: it’s not unusual to find yourself being directed through a supermarket to get to a metro ­station.

Mong Kok is an eye-opener – many thanks to Thomas Chung of the architecture school at the Chinese University of Hong Kong for being our guide. It is an example not only of the traditional HK superdensity from the interwar period onwards – it inspired the atmosphere of Ridley Scott’s original Blade Runner movie, after all – but also of how such enormous new developments (and plenty of smaller ones) are inserted into the urban fabric. There is a perpetual churn of new, ever-taller buildings, many effectively just vertical extrusions of their plot boundaries. And the area’s history is also horizontal: the steady advance of land claimed from the sea.

Nonetheless the character of Mong Kok as a place of innumerable small shops and stalls, roughly zoned street by street into enclaves of fruit, fish, meat, electronics and so on – survives happily outside the megamall. A 2017 boutique hotel, the Beacon, designed in the stacked-pod manner by Aedas, fits the ultra-dense surroundings considerably better than the Jerde megamall (which entailed the destruction of a complete old market) – and tells you something about the changing character of the place. But there is another factor: Mong Kok is a centre for cosmetic surgery and such hotels serve the demand for ‘medical tourism’ from China and beyond.

As you’d expect, everywhere in Hong Kong displays the crunch of new against old, from the old trams and new British-built double-decker buses to the built environment. Colonial-era buildings, the relatively few that survive, demonstrate various eras of response to the hot humid climate – deep open balconies and planted courtyards at such places as the 1911 Hong Kong University giving way to taller postwar buildings with sophisticated concrete brise-soleils. While Foster’s 1986 HSBC HQ famously uses the waters of Victoria Harbour for cooling and deploys an external sunscoop to direct daylight into its interior, most of the new corporate architecture is just the standard sealed, airconditioned energy-hungry type.

An exception is to be found in the new West Kowloon cultural district – made on new land, of course, lushly landscaped, intended to become something of the HK equivalent of Singapore’s Gardens by the Bay.  There’s a curious new performing arts venue there, the Xiqu Centre for Chinese opera, by Canada’s Revery Architecture with local practice Ronald Lu and Partners (the concept is of aluminium curtains being pulled aside, so literally a curtain wall). An OMA-­designed lyric theatre is in the pipeline, and a sizeable art museum by Herzog & de Meuron. All big look-at-me lumps, but a small look-at-me lump there now is a beautifully made timber pavilion by New Office Works (Paul Tse Yi-pong and Evelyn Ting Huei-chung), the result of the first Hong Kong Young Architects & Designers Competition. It’s a reminder of the architectural elements of an older Hong Kong, focussing your view out to sea.

Further to the east in Kowloon, directly opposite the harbour centre on the island, the mega-development of Victoria Dockside is under way, masterplanned by KPF and Ronald Lu with James Corner Field Operations on landscape. All in strict accordance with the HK government’s sustainable design guidelines, we are told.

New public space is a key aspect of such developments, which reminds you how little of this there is in urban Hong Kong – though there is plenty up in the hills. The city centre cultural quarter of Tai Kwun, made out of the old colonial police station/courts/prison complex and designed by Purcell with new insertions by Herzog de Meuron, represents a victory over the usual demolish-and-cram-more-in mentality. Here the old police parade ground and other courtyards, surrounded by relatively low Victorian and Edwardian buildings, provide a real sense of urbanity, and it’s very popular.

Every Sunday, people make their own public space as the (largely Filipina) house-servant class flocks into town on its half-day off, camping out on public concourses and beneath the HSBC building. This reminds you of another Hong Kong, that of the poorest workers living in exceptionally cramped accommodation – essentially, cages or coops, subdivided from other rooms. In this city all property is expensive and (usually) small. The less you earn, the smaller the space.

In a city where publicly-financed housing is commonplace (hence the famously dense forests of towers in the New Territories especially) there are plans for much more social housing; perhaps inevitably this involves making another artificial island, near existing Lantau Island to the west which itself spawned Foster’s airport. 1,000ha, 260,000 homes, cost of £60 bn. There are real environmental concerns about taking such a drastic course of action when (protestors aver) suitable land exists in the New Territories. But this is part of Hong Kongness: it’s what they have always done, and somehow I can’t see that ­attitude changing for a while yet. 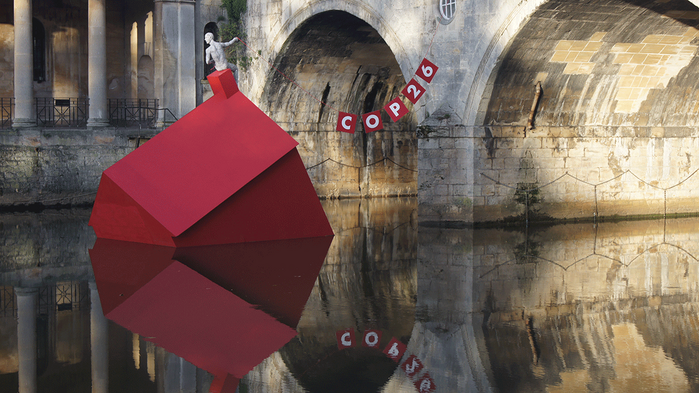 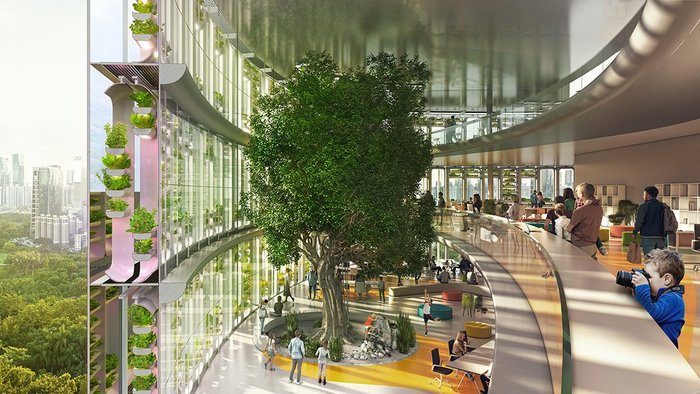 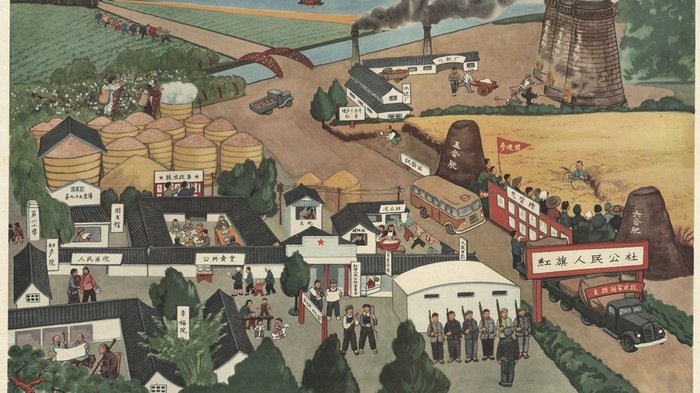