BACA met space, style and conservation requirements with a house that floats when it floods 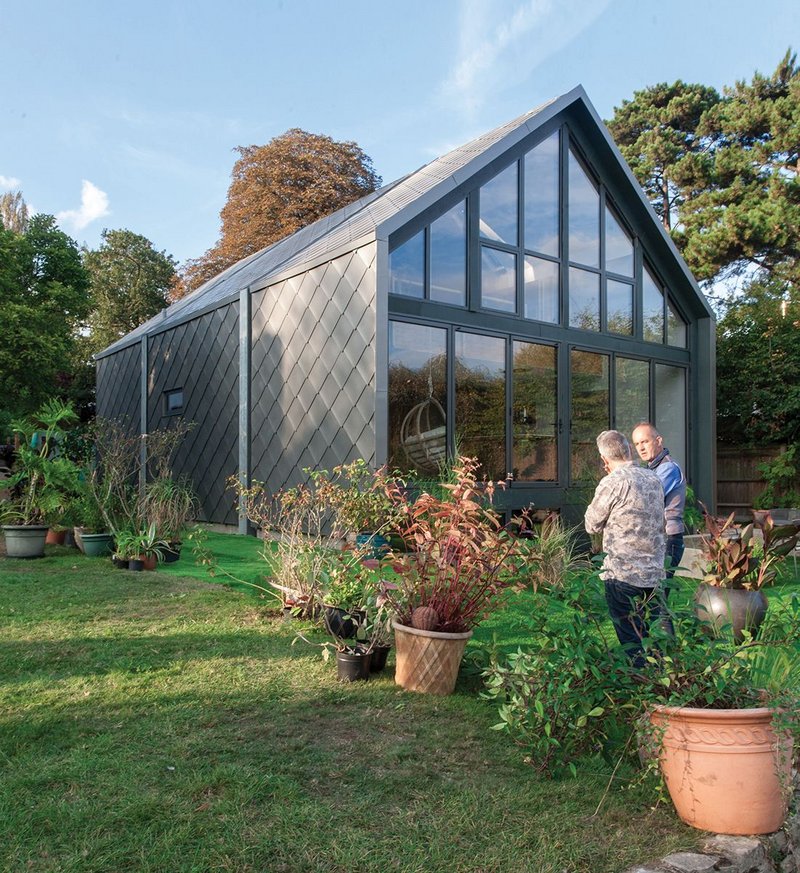 Sheathed in its homogenous skin of shimmering zinc diamonds, architect BACA’s new house on the banks of the Thames at Marlow in Buckinghamshire already has a strong sense of the contemporary – but there’s some striking goings-on below ground level too - for though it might not look like it, this is the UK’s first amphibious house. Having bought a stunning riverside site with an existing bungalow, the client was keen to create a modern three-bedroom home, but a number of factors stood in the way. Just 10m from the riverbank, the house regularly suffered some degree of flooding so any new proposal had to be raised 2.5m to deal with a 1 in 60-year event. But the local conservation area placed limits on the height of any two-storey home. With its space needs conflicting with these constraints, the client turned to BACA, a firm experienced in planning and designing floating homes.

BACA proposed a two-storey home built on a floating concrete platform sunk within a steel-encased concrete box, with living areas at ground level and bedrooms in the basement. The innovation is that when the site floods, the building becomes buoyant. ‘As with any building, the superstructure is fixed to foundations, but these aren’t fixed to the ground. When the floodwaters come and hydrostatic pressure increases, the building starts to float within its dock,’ says BACA director Robert Barker – like an ark rising above the flood.

So how did BACA express its innovative ‘aquatecture’? ‘We saw it as an opportunity to think differently, to try and express a sense of evolution, a reinterpretation of a marine tradition,’ recalls Barker. For that the firm looked to SIG Zinc and Copper’s NEDZink NOVA, its titanium zinc product with a pre-weathered grey finish. The firm had initially looked to the local vernacular of timber weatherboarding but was drawn instead to the ad-hoc industrial sheds that peppered the island as well as wider marine architecture references. It became clear that it wanted to express its pioneering building using a modern aesthetic. ‘We began thinking more about engineering structures like the Thames Barrier and the fact that zinc was traditionally used to protect the hulls of boats from rust, so the material seemed particularly applicable here,’ adds Barker. They also enjoyed the reflective quality of the zinc, alluding to the rippling surface of the nearby Thames; as well as the diamond-shaped shingles, which had a dynamic all of their own.

These characteristic shingles, which completely cover the timber-framed house’s walls and roof, were manufactured and installed by Kingsley Specialist Roofing, a member of the Federation of Traditional Metal Roofing Contractors, which has years of experience using both SIG’s NEDZink and KME copper sheet products. The 2000 zinc diamonds, measuring 300mm by 300mm, were formed at the firm’s Sussex factory, with SIG Zinc and Copper involved at the start of the design and fabrication process. Procurement manager Daniel Madell says the main challenge here was the setting out, adding: ‘We were using a shingle tile system, effectively panels that are cut and bent allowing them to interlock on all four sides.  Concealed fasteners and clips fix the zinc shingles to the 18mm plywood substrate from which the adjoining panel is then hooked over the top using a single lock welt.’ 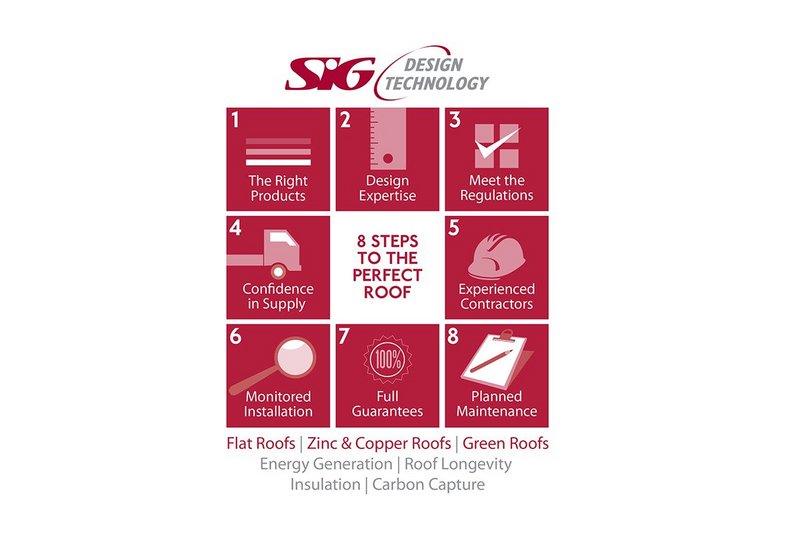 Bespoke detailing benefited from the intrinsic malleability and flexibility of the NEDZink product, particularly around the ‘dolphins’ – the visible recesses on the side elevations. These house the thick, solid steel posts rising out of a steel ring beam at the bottom of the dock and act as a guide for the house to rise up in a flood scenario. ‘We had to continue the cladding pattern and wrap in behind the dolphins to create the seamless look,’ says Madell. ‘The great thing about zinc is that it is flexible enough to deal with specific details like this.’ It also accounts for the bespoke flashings creating the interesting visual detail at the wall/roof interface.

It is this detail that helps create the slightly abstracted ‘home’ form. With the house designed the way it is, the idea of guttering away run-off seemed perverse, so BACA thought it better to simply allow the water to run directly along and down its surfaces into the ‘dock’ void. This led to the question of whether continual run-off might lead to localised staining, but Barker is unfazed by this, saying: ‘The good thing about specifying zinc is that its character only develops more through patination over time.’ And with the Amphibious House’s built-in floating resilience now allowing it to easily withstand a rare flood event and SIG offering 25-year warranties on NEDZink NOVA, they figure there’ll be plenty of time to test the theory.

SIG Zinc & Copper is part of SIG Design & Technology and offers a complete and impartial design and supply service, which covers all eight steps to help create the perfect roof. It designs flat roofs, green roofs, and zinc, copper and stainless steel roofing and cladding.
Find out more at www.zincandcopper.co.uk or call 0845 869 488

Making waves by the river

To find out more and download additional resources visit http://bit.ly/SIGRoofLines5 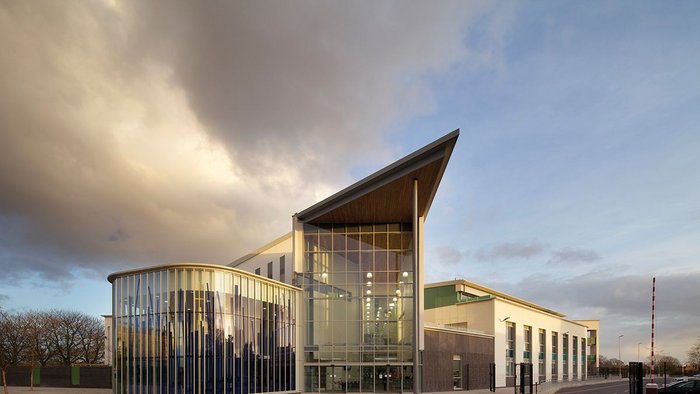 Let’s have some hush 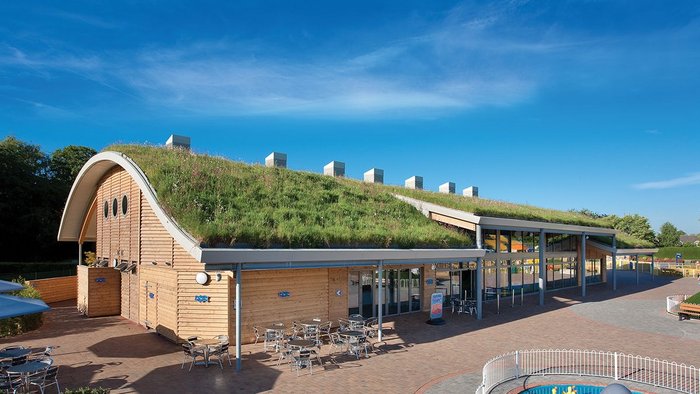 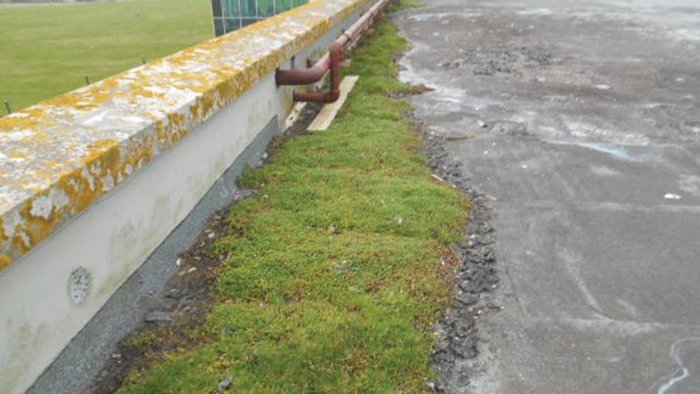