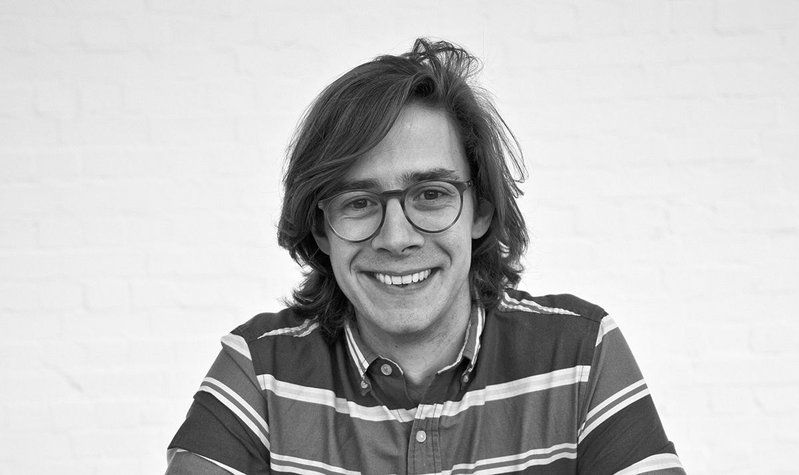 It takes tenacity to stick working for the same company for so many years at the beginning of one’s career. So often pay rises, promotions and recognition are only achieved by moving elsewhere. This is particularly the case in practices where directors operate as ‘creatives’ without the kind of corporate systems that usually bring these issues up.

Wilkinson’s trajectory shows holding on can pay off. He was made an associate within four years of joining AL_A and only five years after gaining his part 2 at the Bartlett.

‘I could have left three months before the V&A [extension] landed on AL_A’s desk. It was that moment,’ explains Wilkinson.

That was in 2011 and Wilkinson has spent the past six years working almost exclusively as project architect on the courtyard and gallery scheme. He is regarded by the practice as the expert who is put in front of the TV cameras and newspaper journalists to answer all the difficult questions.

‘There is some strategy to it,’ Wilkinson explains on the question of whether AL_A has a system for keeping young architects in the practice. ‘Amanda [Levete, practice founder] quite deeply believes in youth. She’s always been super supportive. The directors are quite young. She often says that if you give out responsibility and ownership, you get much more of a response.’

For the V&A, Wilkinson ensured that the design was realised without compromise and to exacting standards, as well as pushing it beyond expectations. For example, he brought together historical evidence, construction programming, visitor flow studies and specialist opinion in a compelling justification for modifications to the Aston Webb screen. The ceramics research took Wilkinson on a journey through Stoke, Limoges, Barcelona and finally to Tichelaar in Holland. This enabled the realisation of the world’s first porcelain tiled courtyard and ultimately the first piece of furniture to be crafted in silicon carbide through a self-generated project called Ceramic Table.

Since the V&A, Wilkinson has lead the submission to restore and reimagine the National Trust-owned historic house Clandon Park in Surrey, which burnt down in 2015 – a project Levete said ‘would be good for his mind’ after working on one project for so long. Again, Wilkinson has expanded the project so it has the potential to redefine the experience offered by the National Trust. His charity work includes contributing to projects for the Art Room through architecture workshops at the AL_A studio, Article 25, Maggie’s and the Willow Foundation.

The judges praised Wilkinson for managing the V&A so early in his career, with David Miller noting: ‘It is an incredibly difficult project to see through.’ Mark Skelly thinks Wilkinson is most likely to be at the top of the next generation. Wilkinson’s energy for architecture is summed up by his response to being asked what’s next for him: ‘I just want to do it all again.’

As a creative profession, we are overflowing with innovation but it is difficult to align this with programme, procurement and risk. At the V&A we benefited from exceptional levels of client commitment, but not all clients are so brave. It is easy to understand a brief requiring ‘tried and tested’ technology – but is this restricting progress? Could clients be offered financial and advisory support – for example using Heritage Lottery Funding – to encourage a greater commitment to technology and innovation?

Olympicopolis is an emerging project for the Queen Elizabeth Olympic Park that includes performance spaces for Sadler’s Wells, a V&A Museum, the first non-US Smithsonian
outpost and buildings for UCL and the Royal College of Fashion. This is a very youthful piece of city, the community is still settling, and the project is a generation-defining opportunity for a profound reconsideration of culture, education and place in London. It is thrilling to think
about what Westfield [shopping centre] and the V&A
have in common.