It’s an angry August: an artificial hill visitor attraction at Marble Arch comes in for criticism while the government’s Holocaust and Covid memorial proposals stir a hornets’ nest of transparency and accountability. Plus Country House planning clause dumps 'innovation' demand 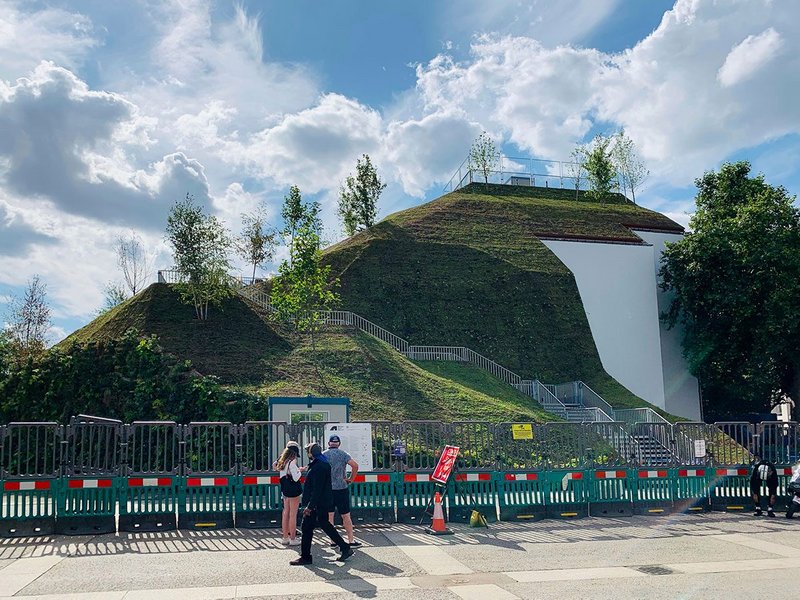 An artificial hill at London’s Marble Arch, designed by Dutch practice MVRDV, has been criticised for its shoddy appearance, as a ‘slag heap’ falling short of the lush mound promised in the visuals.

The £2 million project for Westminster Council was announced in February, trumpeted as a visitor attraction with a climate change message to entice people back to Oxford Street as lockdown restrictions were lifted.

MVRDV’s design was a reworking of its proposal for the 2004 Serpentine Pavilion, a 23m-high hill that visitors could climb, that was axed after it proved too expensive and potentially hazardous.

CGIs of the Marble Arch attraction promised a verdant appearance. The reality is closer to a brown lawn after a drought. Before the opening, The Observer’s Rowan Moore wrote of operatives ‘frantically sticking slabs of turf to its sloping sides’ and describing the result as ‘parched and patchy’.

Having already delayed the opening, the council was presumably reluctant to delay further. It was a decision that MVRDV was uncomfortable with, telling The Architects’ Journal: ‘It is a pity the mound opened too soon.’

A practice spokesman attributed the mound’s appearance to the recent hot weather, adding that ‘we just need to give nature a bit of time’. But is enough time available? A planted scheme like this probably needs a few years to properly establish itself, yet the mound is due to close in January. 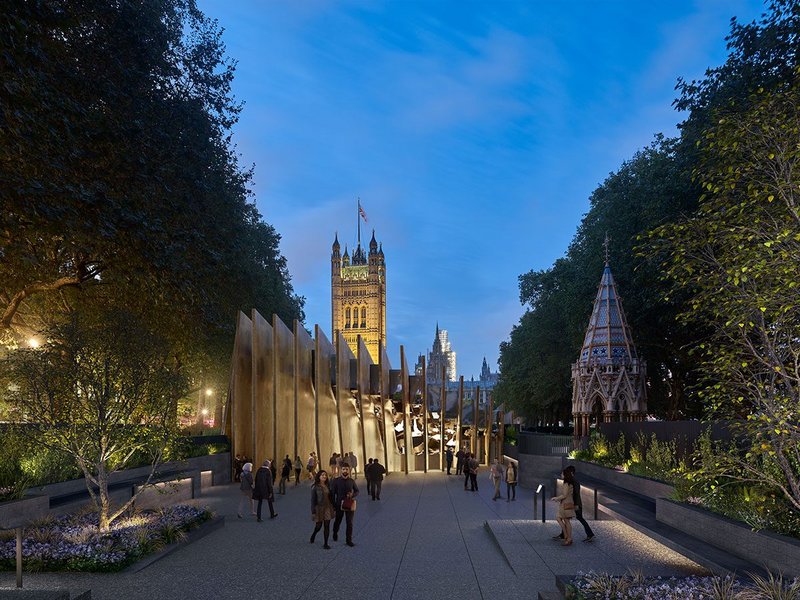 The structure, designed by David Adjaye and Ron Arad, has been the subject of fierce objections. Protesters argued that its location, in grade II listed Victoria Park Gardens, would completely swamp the small park, which is near the Houses of Parliament.

Adjaye has defended its positioning, saying ’disrupting the pleasure of being in a park is key to the thinking’.

The government called in the scheme in November 2019, almost certainly as a way of preventing Westminster Council from blocking it.

And in an unconvincing attempt to prove that the government wouldn’t be biased in favour of its own scheme, responsibility for the final ruling was given to a junior minister at the Ministry of Housing, Communities and Local Government rather than the secretary of state.

This meant it was housing minister Christopher Pincher who approved the scheme, taking advice from the planning inspector following a public inquiry last October.

Pincher conceded the scheme would cause harm to the setting of heritage assets including the Westminster Abbey and Parliament Square Conservation Area. But he said this was outweighed by ‘a series of very significant public benefits’ and that the controversial location next to the Palace of Westminster sent a ‘powerful message’ and also made it more likely that the project could be completed within the lifetime of survivors.

Adjaye has spoken of his ‘profound relief’ over the decision. But the scheme’s opponents say they will challenge the decision by applying to the High Court for leave to bring a statutory review.

Meanwhile it appears the government is keen to put the wheels in motion for another memorial – this time to those who have died of coronavirus, a number that currently totals 4.2 million worldwide.

The Times reported that Thomas Heatherwick had been in discussions with the government over creating the memorial – setting alarm bells ringing for a number of reasons, most notably Boris Johnson’s previous dealings with Heatherwick.

When Johnson was London mayor, Heatherwick seemed to be his go-to designer –  to controversial effect. His updated Routemaster bus design was criticised for overheating, while the Garden Bridge notoriously managed to cost £53 million even though construction never even started.

Most pertinently, one of the main lines of criticism over the Garden Bridge’s procurement was that Heatherwick had been closely involved with the project before its design competition took place.

Even though Heatherwick Studio earned £2.7 million from the axed project, it’s doubtful it will have considered the adverse publicity to have been worth it.

No surprise then perhaps that the practice responded, emphasising that it was not designing a memorial but had merely been asked to advise the government as to how the pandemic might be commemorated since it had ‘experience creating moments of national significance’.

Yet the very idea of an official memorial – regardless of designer – has angered some people.

An unofficial Covid Memorial Wall was created during March and April, supported by many of the pandemic’s bereaved. It features a painted heart for each life lost to the virus.

Writing in the Telegraph, under the headline 'An official ‘Covid memorial’ would be arrogant and grotesque’, Nina Power said: 'The wall smacks not only of people’s need to memorialise the dead, but also of their loss of faith in official pieties.'

She added that any attempt to memorialise those who had died ‘must begin by uncovering and telling the truth of how all of this came to be. All the lies must be uncovered, the ineptitude, the unnecessary suffering, the terrible mistakes, the failings of those who’re supposed to lead us. It begins to look very much as though no fitting memorial could ever be imposed from “above”.'

The Country House clause, which permits the building of one-off housing in the countryside under particular circumstances, has been revised so that innovation will no longer be grounds for approval.

The clause constitutes paragraph 79 of the National Planning Policy Framework, which currently states that an isolated house may be built in open countryside where its design is ‘truly outstanding or innovative’.

The change was called for in last year’s Roger Scruton-led Beauty Commission report. This argued that the current wording provided ‘a loophole for designs that are not outstanding but that are in some way innovative in these precious sites’.

The AJ reports that the change has been welcomed by architects with experience of using the clause. It quoted Hawkes Architecture director Richard Hawkes, who said many planning committees misinterpreted the wording as requiring projects to be both outstanding in design and innovative.

‘We have had schemes recommended for approval where the committee refused it and said all our projects looked the same,’ he said.

And Studio Bark architect Sarah Broadstock said: ‘The wording of Paragraph 79 left a route through planning for proposals that lacked high design quality.

In 2018, Studio Bark conducted a survey of how different local authorities interpreted the clause.

The results painted a picture of inconsistency and confusion, with wide disparities in the way local authorities implement the policy.

The analysis also suggested an approval rate of just 58 per cent for country house clause schemes compared with 88 per cent for all residential applications.