When it comes to development, planners and architects want to do the right thing. But what is that? Hana Loftus offers some clues to finding the best outcome for most people 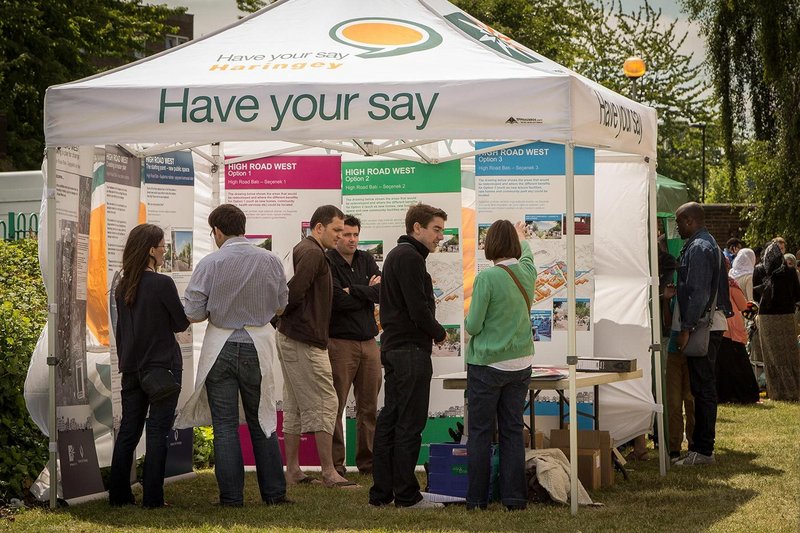 Can you win over the community? Or even better learn from them? Credit: Alamy - John Birdsall

Local objections have – in theory – little sway over decision-making in planning. Only comments relating to material planning considerations (meaning adopted policy and guidance at national and local level) should be taken into account. If an application is decided by officers, local objections should be balanced against the officers’ interpretation of policy and the benefits of development; if it goes to planning committee for a decision, councillors are meant to put politics aside and make decisions impartially and on the basis of the evidence before them. The number of objections in itself should count for nothing – it is the merit of the comments alone that is meant to hold weight.

That’s all very well in principle, but in practice, we’ve all seen the power that local objectors hold, and that planning committees frequently take a political stance. It suits local politicians to be seen to defend the interests of their voters, even if it is indefensible in policy terms – but it makes for bad planning and low public trust for committees to refuse schemes that are then approved at appeal.

Communities are collections of individuals and those individuals have a multitude of perspectives. When it seems that ‘the community’ does have a settled position, this can be because certain voices have the most time, energy and motivation to get involved in planning.  Tactically, those loud voices can be appeased – their concerns identified and addressed. You can encourage your client to ‘go in’ with a scheme that has a ‘pound of flesh’ they are happy to lose in the name of negotiation – giving those loud local voices the sense of a victory.

Get into the community

But sometimes no amount of compromise will be acceptable to these interests, while still representing a viable or desirable scheme for you and your client. And even if a negotiated position is feasible, the outcome does not always result in the best result for ‘the community’ taken in its totality.

More housing may be in the interests of the many who struggle to rent or buy locally, but can be vehemently opposed by existing homeowners who want to see no change. A ‘green buffer’ screening new development from existing homes can mean that existing residents have their views preserved, but can socially segregate new residents and make it harder for them to access shops, local services and public transport by walking and cycling.

Stop people in the street and talk to local shopkeepers, alongside speaking to groups working at grassroots

Designing – and gaining support – for schemes that do represent what is best for ‘the community’ as a whole means using local engagement as a research tool. Use the full range of techniques to understand your site better, alongside local needs, social mix and the knotty problems which have been falling between the stools of transport planning, social infrastructure, housing and job creation. You may have an instinct for what is or isn’t working in an area – whether it’s the lack of a walking link, local shops or a bus stop; but is this borne out by the experience of those in the community?

Build an evidence base for what local issues really are, and not what you assume them to be – through observation on site and face to face engagement as well as using digital methods. We’ve spent days on a site simply observing and recording the different patterns of walking and cycling, in order to build up a picture and a case for change far more persuasively than junction counts done by the transport consultant. Stop people in the street and talk to local shopkeepers, alongside speaking to groups working at grassroots. And don’t just use the evidence to justify your pre-prepared approach: allow your designs to change in response. On one recent project, we gained insights through working with a group of visually impaired people that turned our initial design assumptions upside down.

Parish councils present their own special challenges. They are a statutory consultee, but their comments should hold only as much weight as the planning merit within them, and they have no power of veto, much to their frustration. With honourable exceptions, they are not always representative of the whole village community, but they have a hotline to their local ward councillors. Their monthly meetings rarely align well to the timescales for commenting on planning applications and they often perceive that developers and planning officers are conspiring to ‘sew up’ a scheme without their involvement. So, engage early – whether through a briefing to a formal parish council meeting, or informally to a group of councillors to gain a sense of their position, before a scheme is fully developed and submitted for planning. And alongside that, widen your reach through a drop-in session, leaflets to neighbours or just posting information on the village Facebook group (and following up on the comments).

Planning officers can sometimes – disappointingly – be dismissive of the perspectives of local people, preferring their own interpretation of what constitutes ‘good’ or ‘bad’ design, or how the balance between policies should be weighed up. This is frustrating, and leapfrogging junior officers to engage directly with senior managers, councillors and design review panels can pay dividends – even though they can make you unpopular around the virtual water cooler. Offer briefings to local ward councillors – while avoiding any who sit on the planning committee, so they are not in danger of pre-determination. Conversations behind the scenes will spread the message wider.

Whichever approach you take, evidence your process thoroughly and use it to build a narrative that can be easily understood. While statistics are useful, quotations from real people that you’ve spoken to are more powerful. It helps councillors on the planning committee to know that there are voters in their community who do support what you are trying to achieve, and it’s hard for objectors to dismiss the lived experience of others in their own community. But always ask permission if you want to publish names alongside quotes, because reprisals are not unknown.

For all that meaningful local engagement is the right thing to do, it can feel like an effort wasted when your application still results in a flood of objections. Your client may yet have to resort to appeal, if local councillors get cold feet. But at least you can show you have tried your best – and that, in itself, wins you brownie points when the inspector comes to judge. The NPPF states that: ‘Applications that can demonstrate early, proactive and effective engagement with the community should be looked on more favourably than those that cannot.’ Early and proactive are easy to assess. Effectiveness is harder to measure, but appeal decisions show that if you can demonstrate that the insights from local engagement have genuinely shaped the proposal, it will pass that test.

Hana Loftus is co-director of HAT Projects and a chartered planner. Until recently she was engagement and communications lead at the Greater Cambridge Shared Planning Service. Read Hana on how to help planners approve your scheme.

More on community consultation in action in Birmingham.