Notes from a neigbourhood workshop in retrofit at Link Street organized by Civic Square, 2022.

In September 2014, I stepped out of the removals van onto Constitution Hill – the main thoroughfare between the Jewellery and Gun Quarters in Birmingham, to start my life in the city. Eight years later, the road I lived on boasts hundreds of new residential flats, thousands of square feet of office space and a constant hubbub of building activity.

Birmingham’s fortunes have changed dramatically since the early 2010s. The announcement of major projects such as HS2 and the Commonwealth Games, coupled with the steady ascent of house prices, have made it a lucrative place for development and attracted architectural practices. But in the whirlwind to clear the stage, demolish historic sites and attract investment, questions about the nature of the city’s future have been side-lined. Celebrating diversity on paper, the city’s property industry has struggled to engage with the diverse demographic of Birmingham.

A catalyst for development, the Games are not without controversy. The cultural sector in the city has accused the Birmingham 2022 festival of favouring white-led arts organisations in its funding and employment – in a city where more than two fifths of the population is non-white. Whereas the cultural sector is acutely aware of its audience, the construction industry seems to give less thought to future citizens, following the mantra of ‘build it and they will come’.

The post-Commonwealth Games legacy will be developers’ reintroduction of city-centre living on an impressive scale, predominantly as one- and two-bed privately owned flats. The desire to attract development has made a mockery of the council’s 35% affordable housing policy. Spilling out of the centre, the pattern is repeated. The £500 million flagship redevelopment of Perry Barr, originally to be the athletes’ village, will introduce the same mixture of residential flats in the north of the city. In the autumn of 2021, I organised a class discussion with local Year 10 students regarding the Perry Barr 2040 Masterplan that the council was consulting on. It soon became obvious that the average family of the pupils was above six members, with inter-generational living the norm, so the proposed developments of 1-2 bed apartments would not serve the local community. The overwhelmingly non-white Year 10s were telling me that these housing developments did not serve their future – a future in which they want to take care of their children and their parents under the same roof. Remarkably the council has said it is proud of the new housing mix in the area, even though it risks a legacy of community displacement. In the short term, too, the games are compromising the city's public realm – the games merchandise hub, a non-descript shed taking over Centenary Square, a flagship public space recently redeveloped following an RIBA competition.

New housing is everywhere. Long-standing businesses in the city’s Gay Village – such as Eden Bar and the fetish club Boltz, have had to close or relocate temporarily as land becomes attractive for development. Designed in London by Claridge Architects, the approved 628 apartment development at Lower Essex Street is taking over the site of a fetish club. The council has negotiated provision through section 106 for a reduced market rent of a modest office space for Birmingham LGBT charity to replace the loss of community venues, a depressing example of pride-washing.

A vast wealth of knowledge and expertise held within the communities of the city is available to us if we wish to serve them. In my work as researcher and activist I have pursued key questions of fairness, representation and inclusive consultation that are not being properly addressed by the city’s planners, developers and architects.  I have specifically been interested in the views of young people in the city which are changing in light of the current development boom.

Edgbaston Cricket Ground’s lights illuminate my home, recently accompanied by the red dots of two cranes delivering the next development fit for any Sims character. In my own neighbourhood of Balsall Heath, one of the most deprived wards in the country, communities are organising themselves. An informal, bottom-up initiative led by John Christopher RIBA aims to raise funding for a neighbourhood-wide retrofit of the Victorian housing stock in the area. Retrofit was also the issue that captured the imagination of young people I worked with locally, to develop a free-to-play boardgame called Climania. Innovative solutions are being developed in the shadow of the game, waiting to be scaled up.

In the neighbouring ward of Ladywood, also among the 10% most deprived areas in the country (as is most of Birmingham) residents are not sitting idly by either. Civic Square, a multi-disciplinary, neighbourhood-embedded organisation, is working hard to stitch the Urban Splash development of Port Loop into the social fabric. Up the hill, the Edgbaston Reservoir is slowly being choked by housing on all sides. In April 2022, by being present on the site with a few other volunteers, I managed to speak to almost 20 young people over two hours on a rainy afternoon. The consultation was about a proposed supplementary planning document by the city council which had unfortunately omitted youth’s voices. Harder to reach demographics are even more difficult to reach in a system where the presumption is passive consultation. If you take the initiative, allocate resources, respect others’ opinions and be present on the site, marginalised demographics respond positively and engage constructively. We are yet to find out if the planners acted, but the community is there and ripe for designers to listen to it.

The city’s Smithfields development by Lendlease could be a shy example in how developers can listen better. The original critiques of the masterplan by local groups pushing for a park on that location were acknowledged, and the appointed consortium has been starting a conversation using an arts-led alternative mode of undertaking consultation in the city. Developer Lendlease is working with Eastside Project and Beatfreeks, both arts organisations with a strong reputation in the city for community engagement. It seems that traders, local residents and community group opinions are filtering through.

The Commonwealth Games have spurred a development spree in the city but have often been used as an umbrella to hide the lack of proactive consultation. Have a look at your own back yard, there will be some amazing and innovative local initiatives, go and listen to them and your design skills will only benefit from that. 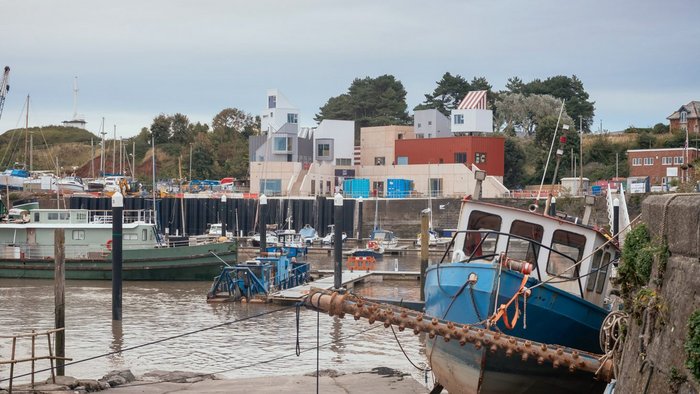