Are architects facing redundancy as robots take over? Your P45 isn’t in the post just yet, but the bots are definitely on the march 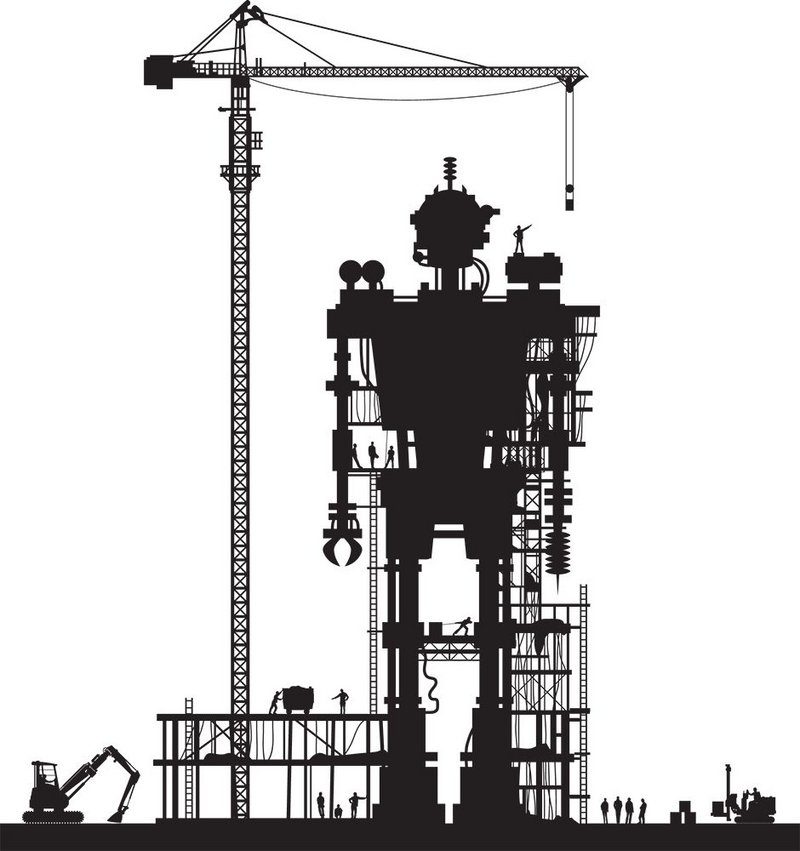 I sent my phone to listen to this. After all, the robots of the future won’t necessarily be called robots, they will be called phones or hoovers or smart fridges. And equally they won’t look like shiny humanoids with jerky movements. And if robots are tomorrow’s architects –­ as this debate proposed - then surely they could be today’s journalists.

But I don’t know if my phone would have picked up on the energy in the room. RIBA president Jane Duncan insisted ­ despite some chair shuffling - that the protagonists for and against the motion should face each other and corralled those hiding at the back to come forward and turn this into a human encounter, eyeball to eyeball. Powerpoint was outlawed.

Even without it Dale Sinclair, of Aecom the closest thing UK architecture has to a pragmatic futurologist, was very convincing. He kicked off with evidence that architects are not even very good at what they do then then pointed out that design is pretty-much rules based. ‘Robots love rules,’ he claimed contentedly (sadly no hecklers intervened to ask about the depth and quality of this ‘love’). Not only that but it wasn’t not merely architects who were going to be replaced by robots, it was contractors and quantity surveyors – printing out A3s and waving sketches wasn't going to help communication, it would need to be coded and scripted for robotic partners. There is already a group looking at encoding regulations into BIM. And yes, planning is political but much is rules based. Engineering? It’s rules.

It could all be so fast. Sinclair painted a picture of client screening past examples and picking the best features from a software package at home, while a drone surveys the site. A generative software puts together the design, to be experienced in virtual reality before it is printed during the week. The client can move in at the weekend. Of course Sinclair’s partner for the motion, Alastair Parvin of Architecture 00, has done at least one of those things with his open-source ready to print WikiHouse. But first Ed Fowles of Fielden Fowles, against the motion.

A voice for craft? Well certainly a voice raised for the future of the architect. Fowles identified three critical roles – while looking forward to a life of leisure and pursuit of higher things as automation and robotics lifted the drudgery from the profession’s shoulders. Policymaker, mediator and maker (there’s that craft) was his prescription for the architect of the digital age. Mediation is central. He pointed to the evidence from the programme of Govian ‘catalogue’ schools of disappointment. ‘You need judgement,’ he concluded.

Parvin neatly split the question. Yes, robots will be able to do work that architects are currently paid to do. That answered one. But the second, fearful, question about whether architects will be unemployed was what – he guessed – people really cared about. Architecture’s narrow business model – the design of new buildings, mostly for speculative real estate – already leaves 98% of buildings untouched by the profession. But look at how we are going to support 10 billion people without fossil fuels by 2050 and ‘there is no likelihood of running out of design problems’. His profound question – that will affect the ability to help society in this future – is who will create and who will own, these robots. ‘Will it be us or Uber?’ he asked.

Gill Lambert of AOC admitted to an admiration of Star Wars C-3PO but was candid about his lack of empathy and humour. The value architects add to a project, she said, is in dealing with other human beings and complexity. Then there is nuance and interpretation. And nurturing participatory processes. And holding the hand of stressed clients. Robots of any sort would just be another tool, like a Rotring pen or a CNC machine. ‘Architecture is full of rational decisions but also irrational,’ she said, ‘… it is a process not a product.’

There was no hesitation with the questions. If we have architect bots will we also have planner bots and client bots? Yes. What should architects be working on to prepare? The real problems. If we are all in the grip of power and its existing structures would digitisation really release humans? Well maybe not, reluctantly admitted Parvin. It could be good with people plugging in to open source software to help their lives and those of other people. ‘But I suspect it will fail. So we need to see how we can regulate so profit is shared and made more equitable.’

Reinvention seemed welcome across the board, even before the motion that ‘Robots are tomorrow’s architects’ was carried and the babble of discussion picked up again over drinks. Sadly my phone failed to socialise and – in this case – also to write up the debate and capture the atmosphere. But perhaps I need a better bot…

The next debate is on Wednesday 29 March