How curating the Therapeutic City Festival in Bath started a conversation about creating urban spaces that are good for mind, body and soul

Not long after Architecture Is ran the Bath Festival of the Future City in 2017, we got together a variety of Bathonians in a pub and asked what wellbeing meant to them.  The answer inevitably posed another question and that question became the theme of the RIBA-sponsored Therapeutic City Festival held in Bath in September 2019: how can we make a city that is good for our body, mind and soul?

Over seven days the festival investigated that question through a series of walks, talks and events that ranged from a discussion on a cafe boat to a day-long conference. The diversity and number of speakers at the festival meant the future of cities and of Bath itself was spoken about more holistically than we were perhaps used to. Economists, healthcare providers, architects, landscape architects, urban designers, street furniture designers, charities, lecturers, policy makers and politicians were all given the opportunity to contribute in the same forum. Common themes included the need for equality, a response to the climate emergency and the effectiveness of playful designs in improving the quality of places.

A series of cafe debates provided informal venues where locals could hear from professionals and debate issues affecting daily life in the city and how it can be improved. One of the memorable comments, by architect Edward Nash, was that ‘we should be examining our lives to ask why we crave holidays so much’. The statement hinted that there is potentially a deep-rooted malaise in our daily routine or our environment. The festival offered glimpses of more enriching places - from Gehl's cities designed at eye level and Tonkin Liu’s art-inspired placemaking to the simplicity of Daniel Lugsden’s call to fight for windows at the ends of corridors.

Bath & North East Somerset councillor Joanna Wright’s opening of ‘How do we want to live?’ suggested that we need to get back to basics and ask fundamental questions about the sorts of places we are creating. The room was given a stark reminder of not what we should be doing, but who we are doing it for when a nine-year-old member of the audience asked about the meaning of micro mobility. This contribution from the youngest person in the room was reinforced at the conference by Cities & Health editor-in-chief Marcus Grant’s statement that the healthy city is ‘for all ages, with none left behind’. House of Imagination’s Penny Hay and Amy Harrison from the Architecture Centre Bristol followed, stressing the need for inter-generational consultation and learning and they challenged the audience to discover what children can teach city planners.

Questioning what we assign value to and how it is calculated became a clear theme at the conference as economist Liz Zeidler, chief executive of Happy City, quoted Joseph Stiglitz, formerly of the World Bank: 'If we measure the wrong things we will do the wrong thing'. Measuring health, not GDPR, is also core for Beatrice Fraenkel of Mersey Care NHS Foundation Trust, who highlighted that all too often success is measured by funders not users and that needs to be reversed. Her talk ‘Design for hope, wellbeing and healing’ brilliantly captured the discussion of the week that we are not doing nearly enough to create places that support physical health and nourish our souls.

Being considerate of mind, body and soul when creating place was core to Basalt Architects' beautiful and inspirational Gudlaug public baths in Akranes, Iceland, which, alongside Andrea Dates from Townshend Landscape Architects' call for colour and Tonkin Liu’s search for beauty, were reminders of the significance of designing for delight and joy.

The festival offered a snapshot of what can make a busy high street bisected by cars become a place of delight when the Council closed Milsom Street to all traffic and invited the businesses to spill out onto the street as part of the Love Your High Street initiative. How easily people embraced the car-free street and adapted their behaviour was inspiring.

People were at the centre of the final discussion of the festival, a conversation between URBED's David Rudlin and Invisible Studio's Piers Taylor. David’s '3 ways to changing the planning system' and insistence that consultation is key, but doing it the right way, at the right time, is vital.

Halfway through the conference, economist Mark Hepworth asked perhaps the key question of the festival: 'What impact will today’s event really have?' It is a question that we have had in mind throughout the planning of the festival and in the months since. How can we take the ideas, insights and challenges that the events provoked forward and what do we do next?

The cafe debates invited designers working in the city to discuss current projects and ideas. Nash Partnership, Donald Insall Associates, Grant Associates, LT Studio, Feilden Fowles, Mitchell Eley Gould and Macgregor Smith illustrated the breadth of talent in Bath and reminded us that there is a fraternity of designers in the city but it is all too frequently fragmented. Often practices are pitched against each other and the chance to meet up, hear about each other's work and collaborate informally is rare. Facilitating the need for more evenings like this, that sit somewhere between crits for peers, design reviews and sociable chats over drinks, is a role the Architecture Is collective can continue to actively play in the city.

Making the discussions held throughout the week available to a wider audience has long been a core ambition and videos will soon be available online through the Architecture Is website.

Continuing the conversation is important, but we also want to act. As we start to think about what we do for our next project in 2021, we are turning our minds to the possibility of taking over a public space in Bath and collaborating with the talent in the city to create a new way of looking at an existing place. 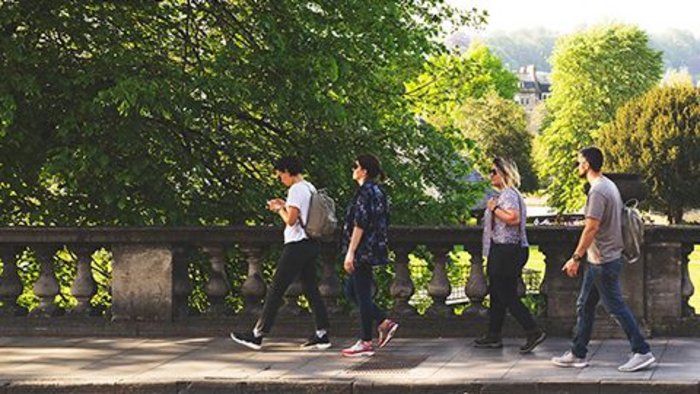 What makes a city that’s good for the soul?

Good masterplanning knows where to draw the line 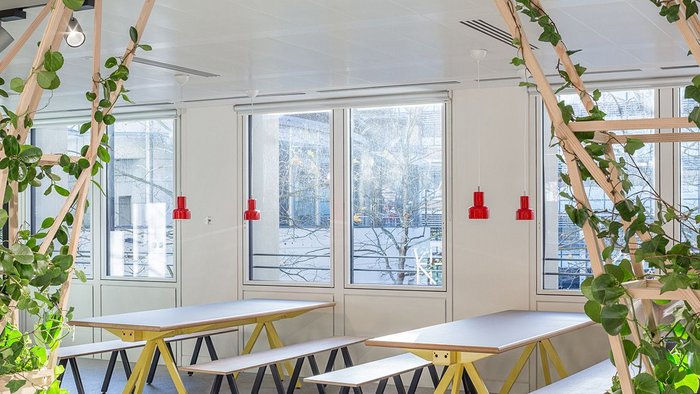