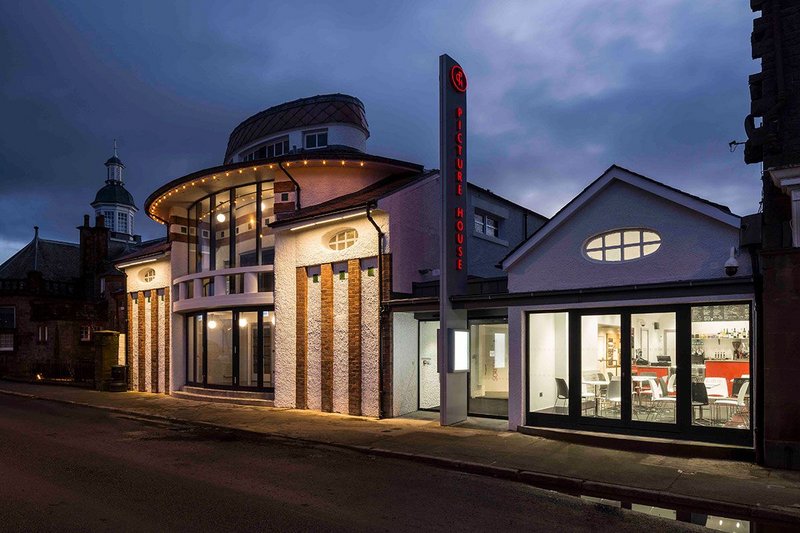 The MacEwen judges were enchanted by both the look of this historic little seafront cinema and by what its reinvention, by a committed community business and a practice with long experience in cinema design, meant. As Julia Barfield remarked: ‘The revival of a little building like this jewel can do something really important to a town.’

Designed in two phases by Albert V Gardner, one of the most celebrated cinema designers in the first half of the 20th century, the auditorium ceiling of the Picture House has a blue sky with moving white clouds projected across it, and two plasterwork buildings (the ‘wee houses’) on either side of the screen that give the ambiance of a Mediterranean courtyard. These features have been meticulously restored with other elements of the original design, such as 1930s lamps recreated by contemporary craftspeople.

The impetus for regeneration in the town was the high level of deprivation in this remote area, with decreasing population, rising unemployment, deteriorating buildings and a lack of inward investment. Since reopening in December, the cinema has been well received, bringing back old audiences and attracting new ones across the age range. Extended opening hours make it accessible to islanders on Gigha, as well as to residents of Campbeltown and across the Kintyre peninsula.

In praise of architecture that brings people together