Everyone involved in MacEwen winner Star and Shadow Cinema is an enthusiast or expert – but all are volunteers. MawsonKerr was called in to make its latest, permanent, venture happen

Being shown around the Star and Shadow Cinema one cold December afternoon it’s hard to keep track of all the people speaking to me at once. Between architects and the venue volunteers there’s half a dozen accompanying me around, a cohort added to every time we enter another part of the building by others more than ready to add their tuppence-worth to the story of a space born of nothing and built by them on a shoestring budget. I seem to be being carried through the place on nothing but a wave of effusive energy; which is as it should be for something conjured up on a wing and a prayer.

This is the third iteration of the cinema in the city. A group of film buffs, keen to have their own venue to show independent, art and ‘fringe’ movies and documentaries, set up in the Side Cinema on the city’s Quayside decades ago and garnered enough interest to make it just viable. It was then forced in the late 90s to squat in an abandoned Tyne Tees prop store in Stepney Bank. All was well until the regeneration of the city’s industrial Ouseburn, which drove Star and Shadow out again. But this time the local council ­recognised the critical mass of this volunteer collective and lent them the cash to take a mortgage out on one of its sites, a former carpet store further north in Sandyford, to finally give it the home the itinerant cinema needed.

But you might not think that at first glance. ‘Even though we’ve been up and running since last May, we still get people knocking on the door and asking us “when are you guys going to open?”’ quips Dan, one of Star and Shadow’s more seasoned volunteers. That might be because the lobby space, filling a good length of the former shopfront, remains a work in progress – despite hosting local council surgeries, Extinction Rebellion meets and, on the day we visit, an International Migrants Day event. This, along with the rest of the building, has been formed from materials ripped out of the previous venue. That plasterboard you see, recycled; the OSB board there, repurposed.

It’s unheated, but not for much longer. Star and Shadow held an event here recently to thank local sponsors helping it get this far. ‘They thought it was cold too, so they clubbed together and gave us £25,000 to do something about it,’ says Dawn, another volunteer, beaming. It seems that their can-do attitude is infectious.

There is absolutely no hierarchy to Star and Shadow says Michelle; the opinions of each of its 360 active volunteers, who put in to the 632 volunteer hours a week it takes to run the place, carry equal weight. It was something that MawsonKerr, having set a low fixed fee and then being appointed, was initially concerned about: the idea it would be having to engage with more heads than necessary. The feeling might have been mutual. The cinema volunteers had always done everything off their own back but the bigger picture got the better of them. They didn’t just want a cinema but an events venue and bar that could be hired out, with kitchen and gallery space between them.‘We knew we had to meet loads of technical requirements and just didn’t have the expertise,’ recalls volunteer Dan. ‘So we were brought onboard as facilitators, initially at workshops where literally everyone turned up to put their oar in,’ continues architect Dan (Kerr). The experience can’t have been bad; everyone’s jocular, like they’ve all been reading from the same hymn sheet for a while.

Those technical demands, and accessibility and planning conditions around acoustics, generated MawsonKerr’s simple proposal for two independent sections: a bar/ venue space and a cinema, with a separating ‘service’ space of kitchen, gallery space and projection room sandwiched between them. All beneath the warehouse’s portal frame – ‘the same concept as the Sage Gateshead!’ In the conditioned, hermetically sealed and incredibly well insulated space, a sound-savvy volunteer cranks the sound system up to 10,000W to demonstrate how effectively that repurposed plasterboard cavity wall soundproofs it, assuring me that it’ll cope with 20,000W if local ravers demand.

‘We had to get the acoustics right as it was a pre-requisite for the operating licence,’ self-styled project manager Bev tells me; who, incidentally, ensured volunteers were given healthy and safety inductions to allow them to work on site. ‘If the acoustics failed we couldn’t hire it out, so we had to get it right first time,’ she explains. So they threw all the money they had at it – and money they didn’t. In the cinema German artist Annette Knol designed an artwork on the screen wall and a suspended ceiling light installation that volunteers built on the floor and slowly raised into place.

‘Basically, we commissioned an artwork and built a cinema round it so we could get £60,000 from the Arts Council,’ says Dan the volunteer. ‘We think it’s the only UK cinema that’s been funded by them.’

The financial ingenuity of Star and Shadow is part of a much broader skill. The café glass wall was created from glass offcuts from local builders’ merchants, which they built timber frames around and installed. To change floor levels, 50 tonnes of reclaimed concrete went in as hard core. Loo pans and partitions were requisitioned from the old building and a call-out went to the community for wall tiles. What’s installed now looks like Hundertwasser might have grouted it in. The beautiful resin-coated bar was made from recycled parquet floor; and Michelle’s favourite detail, the sinewy, hand-formed railings to its winter garden overlooking the park, were formed poetically from the security bars on the previous place.

‘Our motto – well, there’s a lot of them actually – is ‘with, not for’; we don’t programme for people but with them,’ Bev tells me. Which accounts for the frenzy of activity – the cinema, the dance-nights and gigs, ‘Fix-It’ workshops, political gatherings, minority social events and asylum-seeker work experience. Everyone is invested; everyone has ownership.

And their ambition is unassailable. Dan is already eyeing-up the vacant council-owned site behind the cinema as possible future co-housing, once all that venue hire has paid the mortgage off. And why not? The volunteers have already demonstrated the power of collective action and are immensely proud of what’s been achieved. ‘We’ve managed to take a part of the city and make it a community-locked arts space in perpetuity,’ says Bev. ‘It’s a “Creative Commons” in physical form.’ Our MacEwen winner has just stepped out of its own shadow. Watch this space. 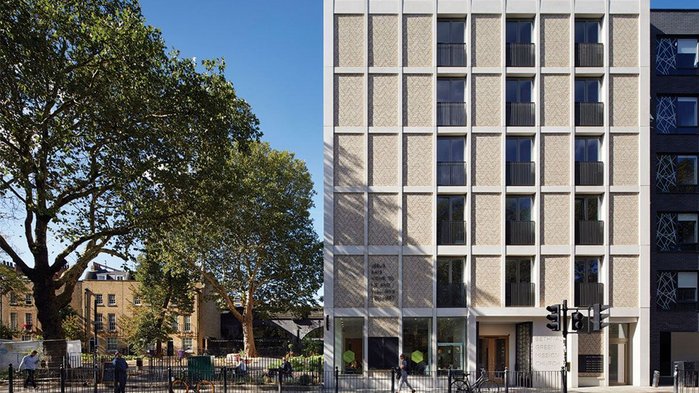 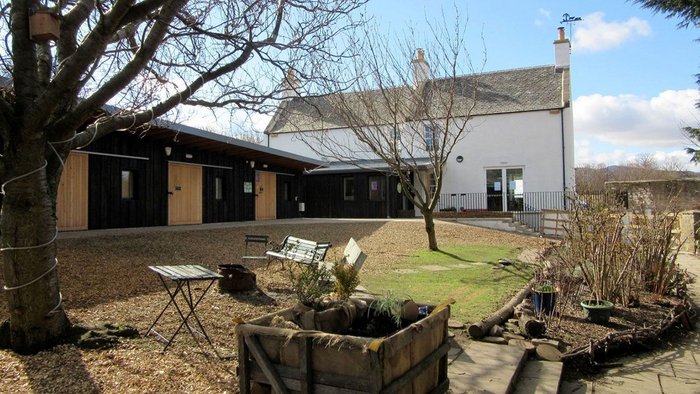