Positive results from the world's first bioreactive facade, designed to grow microalgae as a source of renewable energy and adaptive shading, could signal a step change in intelligent buildings.

Solar Leaf secondary facade uses glass louvers filled with circulating water and nutrients to cultivate microalgae which grows in direct sunlight. It is harvested and fermented to produce biogas to help fuel the building's energy requirement, while heat energy is also taken from the water. As the level of sunlight increases, the unicellular plants multiply which makes the panels more opaque, creating a form of adaptive shading. 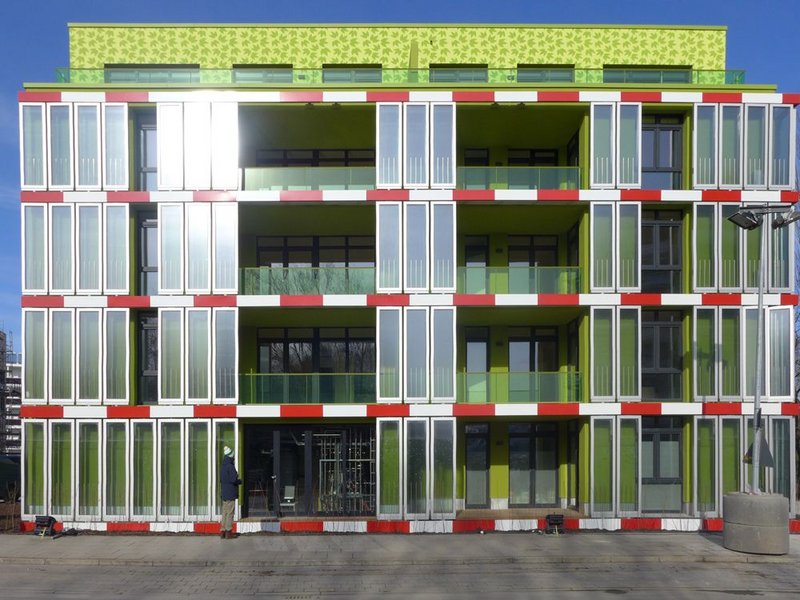 The system was developed by consulting engineer Ove Arup, in collaboration with Germany's Spitterwork Architects and biotech company Strategic Science Consult of Germany. It was installed in January 2013 on the BIQ four-storey experimental housing block as part of the IBA International Building Exhibition in Hamburg, covered by the RIBA Journal that September. A two-year research project has been gathering performance data from sensors embedded in the louvres. Although the results will not be published until the end of 2014, Arup has revealed that algae is being harvested every day, depending on the amount of sunlight, and much more heat energy has been extracted from the system than predicted.

Martin Pauli, project architect at Arup, said: ‘During design we were unable to simulate the amount of algae that might be produced, so every gram we harvest is good news and I have a feeling efficiency is already quite good.’

Thermal energy absorbed by the water in the facades is being used directly for hot water and heating, and is stored 80m below ground inside borehole heat exchangers filled with brine. The long hot summer has meant a much greater amount of heat has been generated than expected. 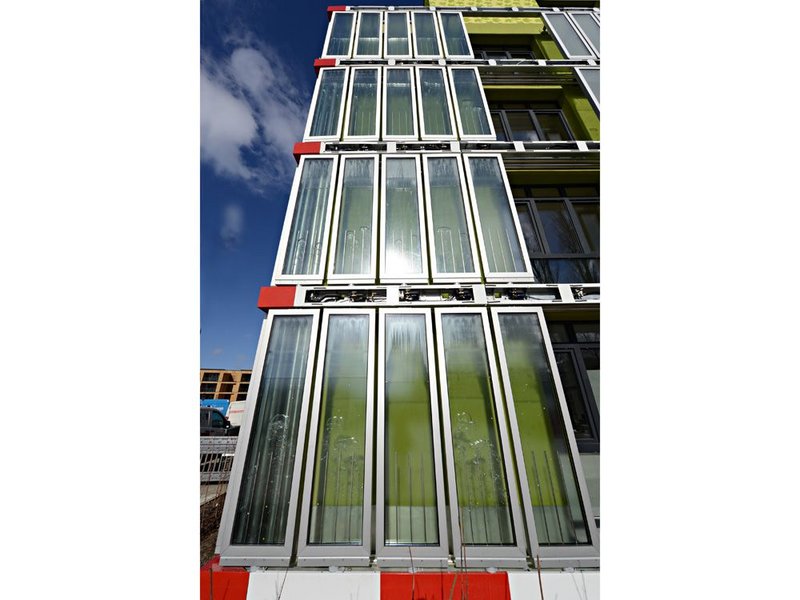 Microalgae cultivated inside the panels is harvested to supply the buildings energy.

The project is introducing process variations every two months, whereby the system, algae and temperature levels are altered to help identify the most efficient set up and processes. Last winter, a new species of algae from the Arctic was introduced into the panels in the hope it would thrive in the colder weather and increase the harvest. However, conflicts with original algae resulted in it dying out unexpectedly.

‘If the Arctic algae had survived it would have been a perfect story because varying the algae in different seasons seems to make sense,’ said Pauli. ‘It would also have saved a lot of energy needed to create a comfort zone [a stable temperature for the algae to thrive in water]. However, I am confident that in future we will find a species that does live, which is one of the next steps in terms of process variation.’

Looking ahead, the team also plans is to refine the glazing panels themselves, similar to the way solar PV cells have been transformed from unsightly rectangular panels to organic PV that can be applied to different shapes and surfaces.