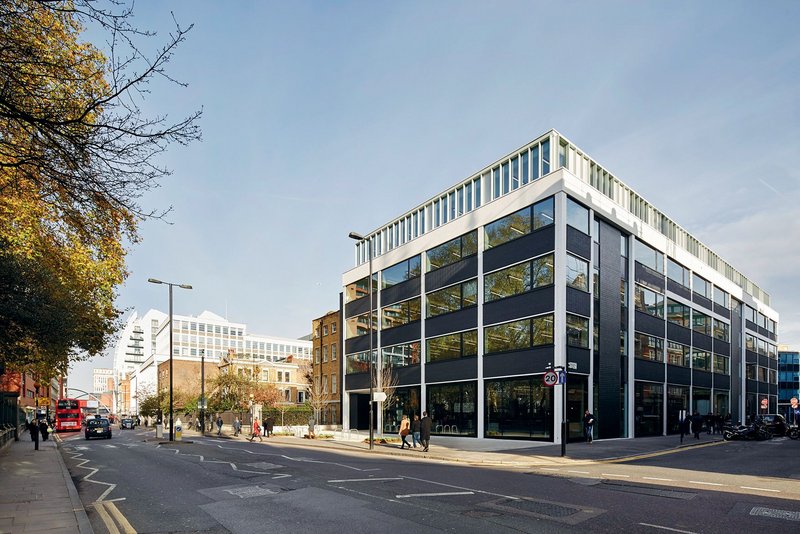 Extensive use of Schueco systems has helped transform a carpet factory-turned-server- facility into desirable offices near Old Street.

Now known as C-Space, the 1960s building has been remodelled and extended by BuckleyGrayYeoman. As well as adding a fourth floor, the architect stepped back one of the front bays to improve views of neighbour John Wesley’s House and provided public access through the site via a new entrance courtyard. 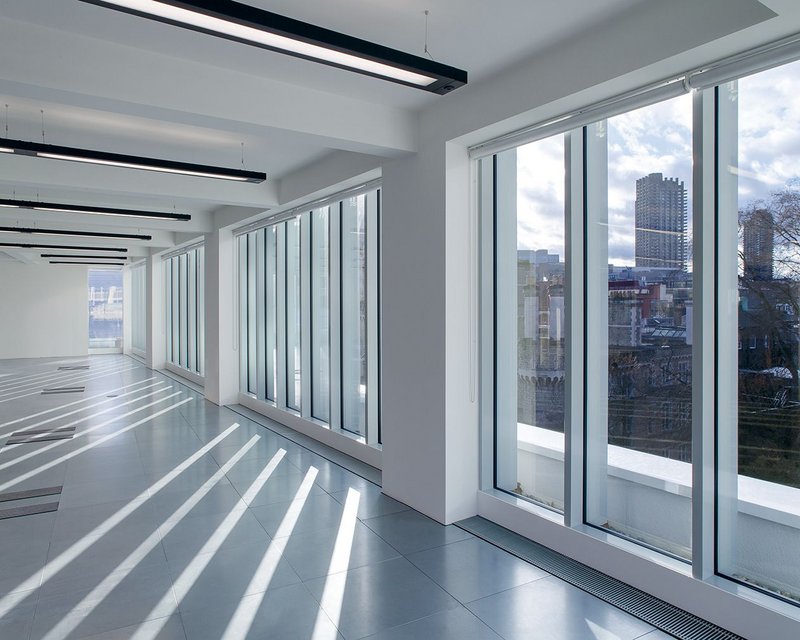 Schueco systems have been key to the success of the 62,000ft2 retrofit. On the previously opaque ground floor, the architect introduced Schueco FW 50+ curtain walling and cut back the front of the floor slab to introduce light into the basement. On the next three floors, new windows incorporating openable Schueco AWS 60 side panels were introduced into existing window openings above retained brick spandrels, which were painted black. On the new top floor, BuckleyGrayYeoman again used Schueco FW 50+ curtain walling, but this time with 200mm deep caps externally and narrowly (750mm)
spaced mullions. 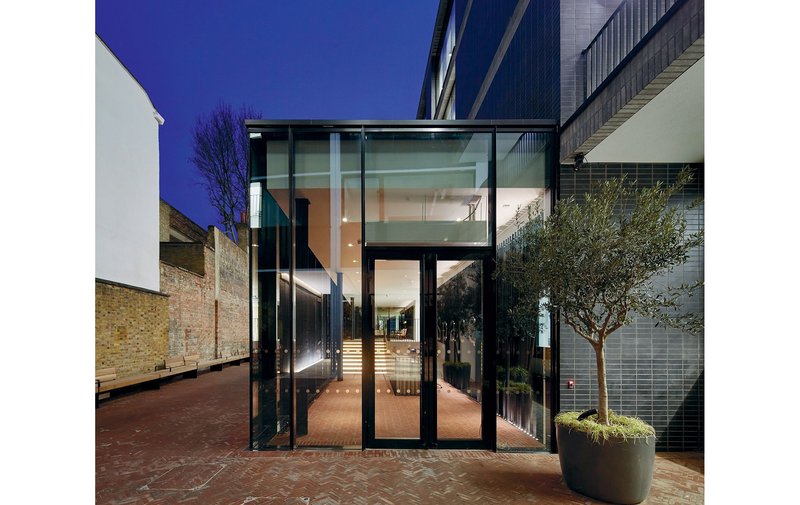 ‘The caps and spacing give a bit more depth and solidity to finish the building off properly. It’s a bit like a top hat against the sky,’ said associate director Oliver Bayliss. The decision to reconfigure the end bay, he added, ended up improving the overall proportions of C-Space as well as benefiting its neighbour.

‘There are loads of these 60s office buildings around and often developers knock them down rather than refurbish them. But this project shows that they
can be successfully reinvented,’ he said.