Trials of a reflective road coating are aimed at reducing the city’s temperature, and its energy costs 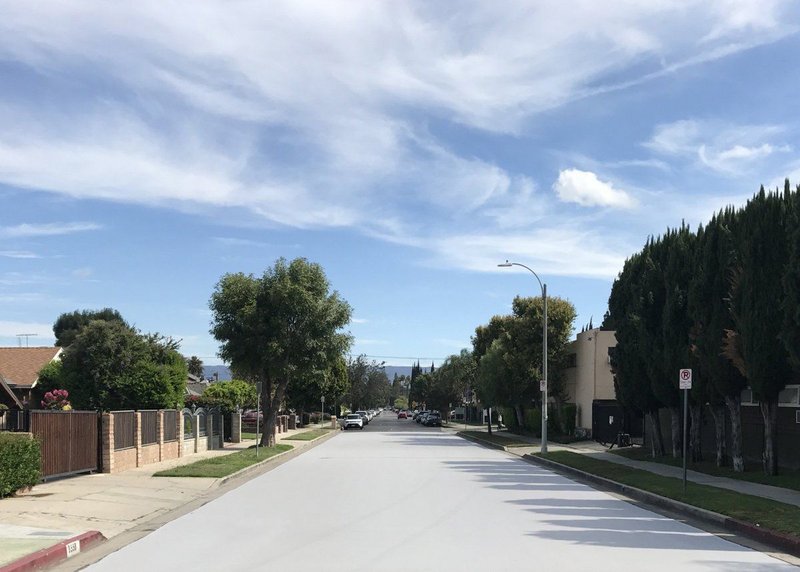 Los Angeles is experimenting with painting some of its streets light grey in an effort to reduce the overall temperature of the city.

Bringing down the temperature of public roads will in turn cool the insides of nearby buildings and lessen the strain on the city’s many air conditioning units, saving money and reducing energy use. The city also hope that the project could decrease the risk of heat-related deaths.

The fact that asphalt is black and absorbs large amounts of sunlight, readmitting it as heat, is one of the major contributors to the phenomenon of urban heat islands. With dark paved surfaces covering about a third of all land area in a typical US city this has a huge impact – warming local air and contributing to global warming by radiating heat into the atmosphere.

The principle of the Cool Pavement Pilot Project is very simple: coating the black road surface in a lighter material means more sunlight will be reflected rather than absorbed. On a hot day there can be a temperature difference of as much as 28°C between a typical road and one with a coating applied. 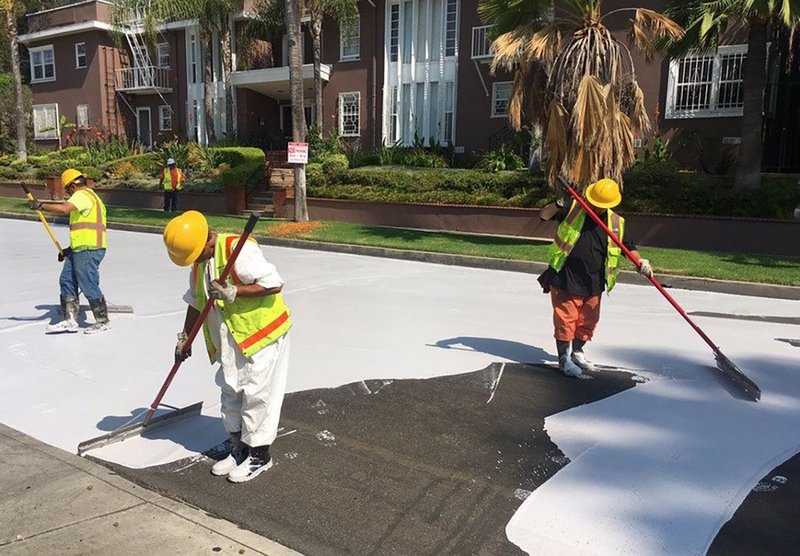 In LA, streets in Canoga Park, Laurel Canyon and Westchester have had a coating applied as part of the trial. Manufactured by CoolSeal, it costs an estimated $40,000 per mile and lasts for five to seven years.

It is estimated that if LA was to coat a third of its streets in CoolSeal the resultant reduction in temperature across the city would lead to a $100 million reduction in energy costs, as residents could reduce their air conditioning use.

The system is one of many being considered as Los Angeles major, Eric Garcetti, aims to fulfil his pledge to reduce the city’s temperature by three degrees Fahrenheit (1.6°C) over the next 20 years. 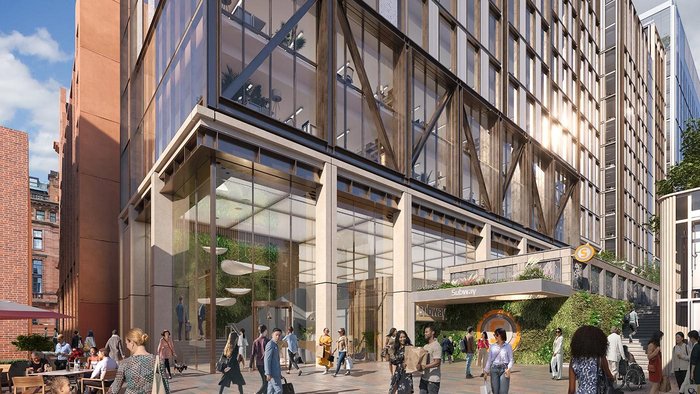