Architects, designers and planners turn to design tools that use artificial intelligence to reduce calculation legwork and free up architects to spend more time on creative tasks 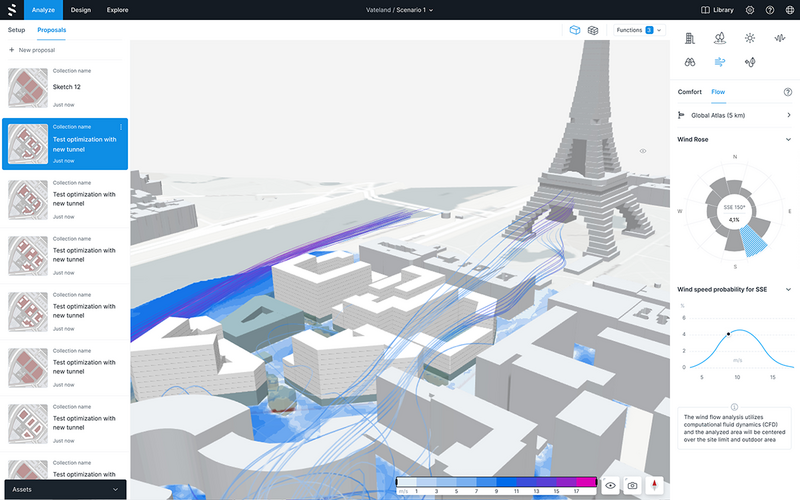 Spacemaker analysis of wind on a development in Paris. Credit: Valode and Pistre

The intention is to remove much of the manual ‘heavy lifting’ required when designing in software and weighing up factors such as accommodation density, access to daylight and views, access to local amenities, or proximity to open space or transport links etc.

A trial of Spacemaker by Valode & Pistre (the firm responsible for the renovation of the Gare du Nord railway station in Paris) measured the productivity gains using the software to create proposals for a specific site.

It took just 42 hours to design the first concept using Spacemaker (an initial proposal from the software was ready after only 34 hours), as against 56 hours working up the same concept conventionally. 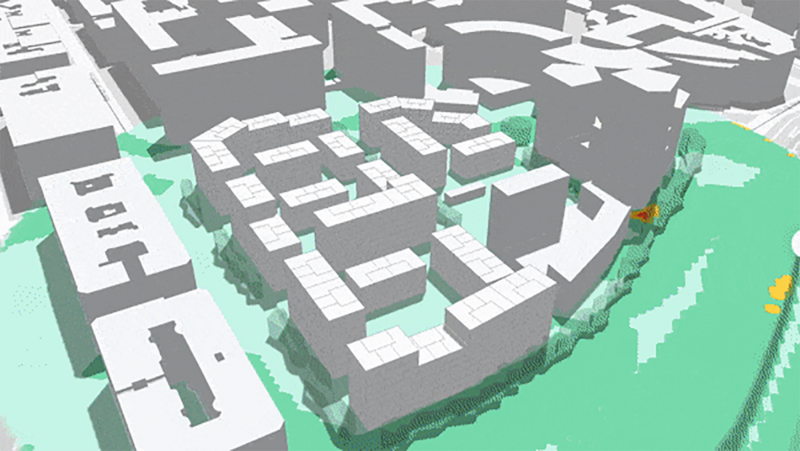 Annalisa De Maestri, director of BIM at Valode & Pistre, told RIBAJ: ‘Our team works in BIM, and with a lot of different software. During the feasibility phases, our architects can spend up to three days a week just using software products, leaving merely two days to think about the project and developing appropriate design approaches. Spacemaker allows us to invest more time in being creative, and spend less time manipulating software for tedious calculations.’

Quintain recently used Delve to optimise a development of build-to-rent homes in north London. One high-performing variant generated by the tool added nearly 200 units, improved daylight access and expanded open space by 11%, although other options generated via traditional means were ultimately considered the most effective.

Planners in the city of Sofia in Bulgaria tested Delve on an entire city unit as part of a new approach to applying the goals of sustainable development. Multiple scenarios had to ‘balance out various critical indicators’ as part of a drive to base future development strategies, plus improvements to current quality of life, on the actual needs of the city and its citizens. 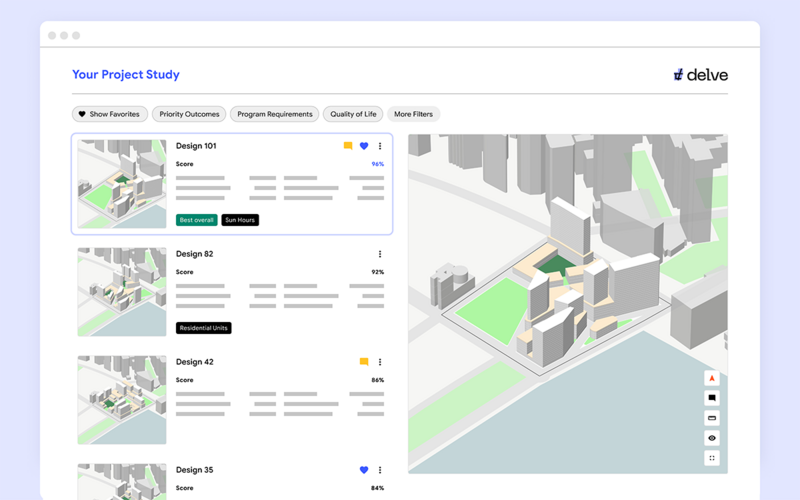 Darina Manolova, head of parametric planning at Sofiaplan, told RIBAJ: ‘Delve gave a valuable and important insight into the many possibilities that parametric planning offers as an approach to analyse and respond according to that complexity.... One of the key benefits for us was being able to rapidly change the input data and generate output results that may have not been even considered before.’

Advances in AI and software automation recast the relationship between the designer and their design tools. The stakes are arguably higher in the realm of urban planning where individual decisions affect entire neighbourhoods and key municipal functions. For now though, the architect remains in control of the man-machine relationship, says De Maestri: ‘There's a very big difference between powerful software and the creative process architects engage in when designing a building,’ she concludes.