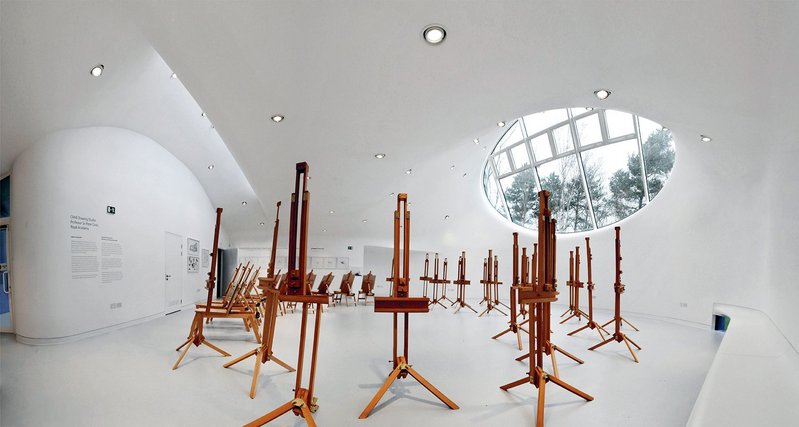 Judges conferred a special award for a 140m2 drawing studio designed by Peter Cook and Gavin Robotham’s CRAB studio. ‘We’re minded to give it a judges’ special award because it’s such a lovely thing, and shows how a standard product can be used in an extraordinary way,’ said judge Hugh Pearman.

The studio forms a distinctively shaped blue marker on the north end of the Arts University Bournemouth campus. Designed to celebrate the phenomenon of natural light, the studio is dominated by a 30m2 oval north light window tilted up to frame a clump of pine trees while preventing distracting views of ground level.

This window provides the main illumination in the wholly white-painted room, its effect boosted by a clerestory window at the rear and the glass entry wall, while a low window under a long bench provides a mysterious glow. 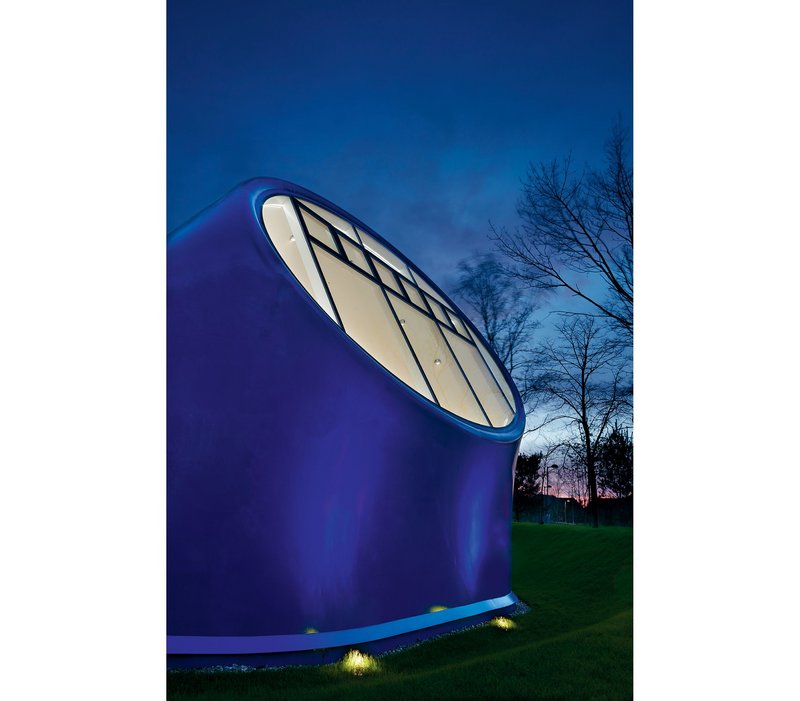 ‘We wanted to have a facade with vents that didn’t have an obtrusively visible framing and that was still within budget,’ said Peter Cook. ‘With the glazing contractor and Schueco, we developed a detail that allowed us to have structural glazing with opening windows with a blue square (matching the building colour) framing each window externally. We kept it very simple, which is sometimes difficult to do.’

He added that they had been fascinated by the large circular or part-circular windows in Belgian art nouveau and some London studios of the late 19th/early 20th century.

Internally, the window jambs are concealed within the internally lined surface to emphasise the view of the pines outside, with a recessed LED light between the interior lining and glazing creating an illuminated ‘eyeliner’ effect. Schueco ADS 65 HD is used for the entrance door. ‘As a studio space it looks fabulous,’ said judge Greg Sinclair.