A YouGov poll into the impact of 12 months of remote working on UK office staff has been commissioned by bathroom designer and manufacturer Geberit.

The poll of over 1,000 British private sector employees was carried out in February 2021 and reveals a workforce missing colleagues and longing for a return to face-to-face meetings with little resistance, in theory, to a return to office life.

At the start of the first nationwide lockdown workers took to digital communications with such ease that many questioned the need for offices. Some firms have moved to remote working on a long-term basis, with some big hitters announcing the permanent closure of their offices.

Geberit asked respondents whether they missed any aspects of office life. Socialising with colleagues was the most missed (51 per cent) and for a third of respondents it was in-person meetings.

When asked how willing respondents would be to return to the office, more than three quarters (76 per cent) said they wanted to do so for either some or all of their working hours. This willingness did however depend on firms having the correct safety and social distancing measures in place.

According to Geberit, there are two fundamental areas employers must consider if they want to get staff back into offices: maximising hygiene and reassuring employees. Employers need to reinforce the perception of a clean space so staff feel confident enough to return. Global consulting firm WSP predicts this will lead to the 'hotelization' of office space where workplace designs evolve to incorporate home comforts, such as plants and soft furnishings.

For Geberit, though, hygiene solutions must lead the way. Almost half (47 per cent) of respondents to its poll had reservations about surfaces and touch points in toilets and washrooms and 37 per cent worried about standards of washroom hygiene. The washroom was the single biggest area of concern for those polled.

Infra-red wall-mounted taps, such as Geberit’s Brenta and Piave products, can optimise hand hygiene in heavy footfall washrooms. Touchless WC and urinal flush controls incorporate innovations such as a sensor that allows the unit to flush as soon as the toilet or urinal has been used, minimising the spread of bacteria.

Other product developments make cleaning easier, such as Geberit’s KeraTect Glaze, which creates a non-porous and smoother surface. Such glazes help prevent staining of the ceramics and create a high-gloss effect.

Staff are willing to return to the office, says Geberit, but the responsibility is now on firms and manufacturers to work together to create hygienically optimised products and design solutions that also reinforce the perception of a clean space. If offices have a future, people need to feel safe in them. 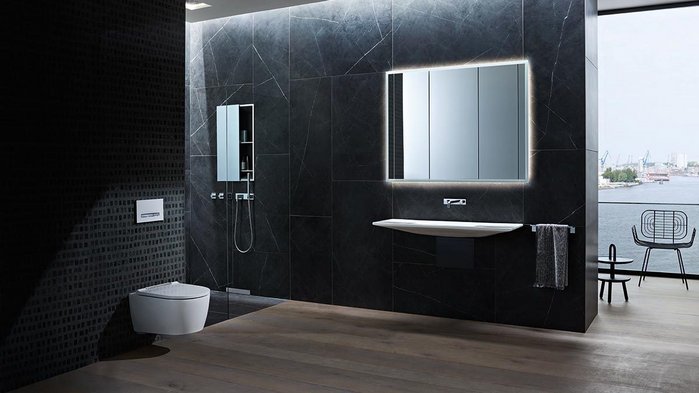 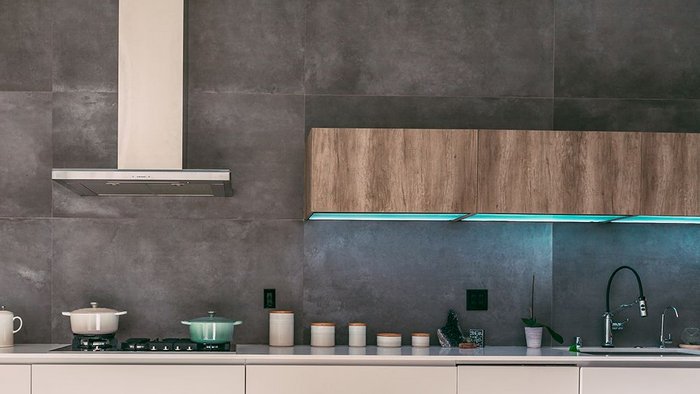 What's what on costs for kitchens and bathrooms