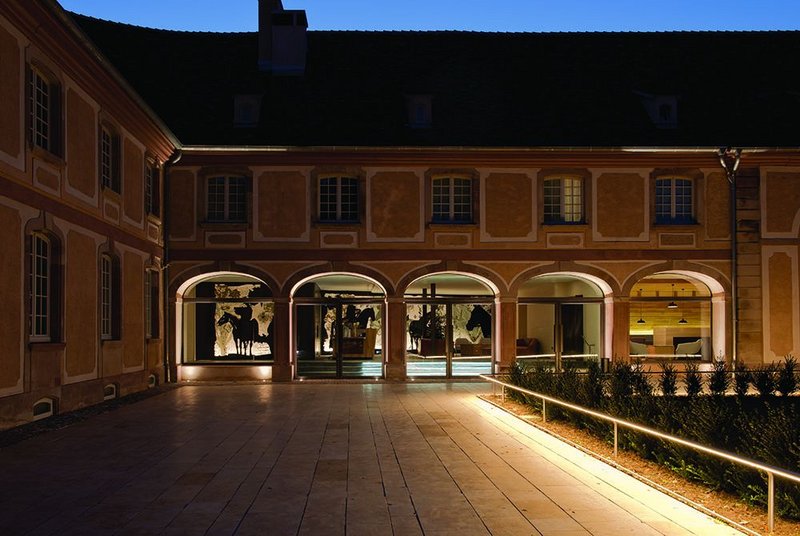 The colonnade of the hotel reception from the courtyard, with steel and glass equestrian mural to the rear

Whether Jesus being born in a stable because there was no room at the Inn played on the religious sensibilities of Paris design firm Agence Jouin Manku is open to conjecture, but it wouldn’t technically have been an issue following the completion of its latest project in Strasbourg. The €16m hotel Les Haras in the city’s medieval Petite France district is a refurbishment and conversion of the city’s Napoleonic National Stud, founded under Royal Charter in 1671 – and housed in 18th Century classical buildings. The mares and stallions finally cantered off in 2005, after which the City leased the complex to France’s Institute for Research into Cancer of the Digestive System.

Given the client, the proposal for the site seems, on the face of it, eccentric. A €16m bio-tech research cluster appended to 3-starred Michelin chef Marc Haeberlin’s first brasserie, looking across the courtyard to a 4-star hotel conversion of the stable block. While architects Denu et Paradon and Jean-Pascal Scharf began consolidating the existing sandstone and timber structure and envelope, Jouin Manku was charged with creating the internal aesthetic for the hotel and brasserie. Not surprisingly, they drew heavily on the buildings’ history.

Equestrian references predominate behind the pink sandstone walls of the stable block. The designers limited their palette of materials to blackened steel, patinated zinc, untreated oak and leather hide, all referencing the stables. Behind a huge leather reception desk a mural of laser-cut blackened steel and sandblasted or screen printed glass runs along the wall. Motifs continue in the rooms, with ostentatious leather headboards that partially wrap around the beds offset by more subtle horsey nods, such as the unfinished oak doors to the ensuites,
opened with simple leather strap handles. 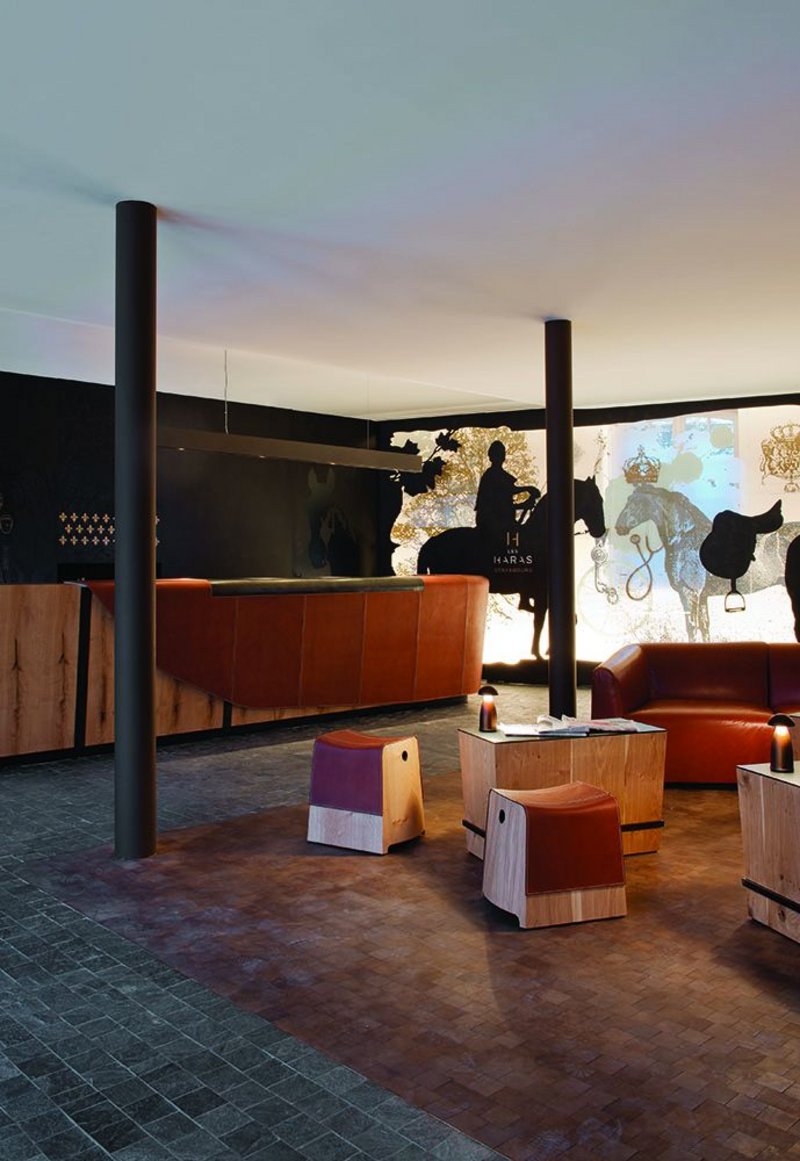 The heart of the complex however is the restaurant – an 800m2 volume soaring over 13m up to apex of its timber roof. Its soffit has been completely exposed, a fitting backdrop for the timber shenanigans going on below. The pièce de résistance of this is the restaurant’s staircase, a swirling vortex of timber and black steel that sweeps diners 6m up from the ground to the first floor dining space. Looking like a timber and metal fence that has been given the Cornelia Parker treatment, even the oak treads allude to the dynamism, their nosings going from flat-faced at the bottom, to a pointed ‘V’ at the top. Diners moving up within it read the solid original timber structure through the craze of curled sprung oak timbers that define the stair itself.

In less skilled hands, the equestrian theming could be overt and badly handled, but Jouin Manku has, like a rider at the Spanish School, kept control of its charge at all times. Naysayers might argue that the ideal scenario would have seen the National Stud stay at Strasbourg, occupying the buildings that were designed for it – but this reinvention of the stables is sophisticated and classy; and a place you’d want to bolt to – rather than from. 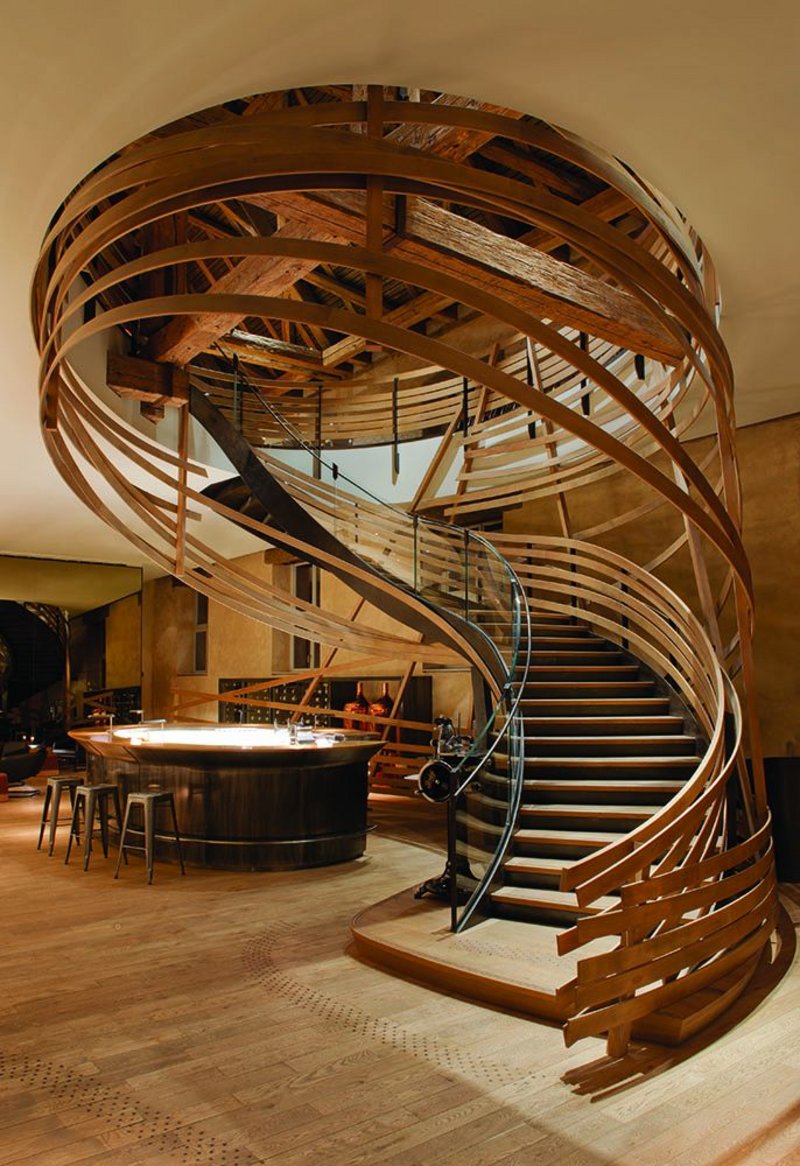