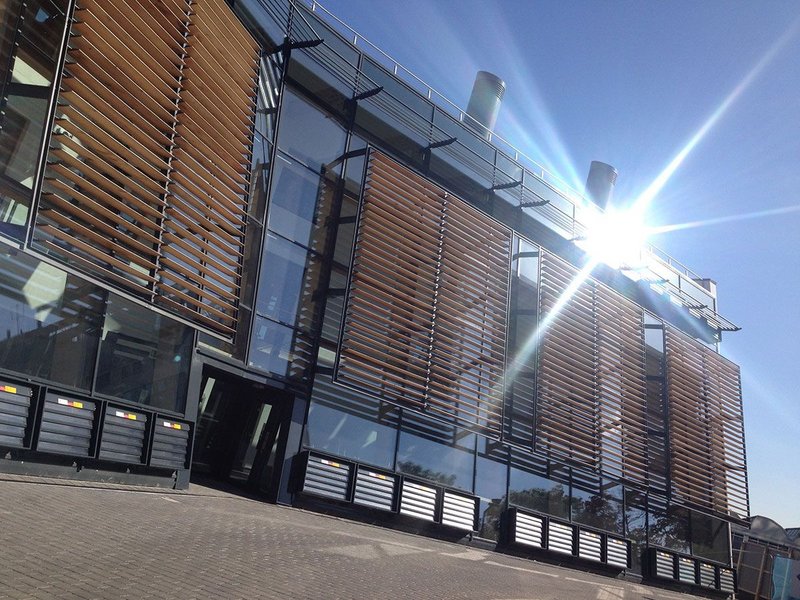 Bradford's Bright Building has the highest ever BREEAM Outstanding score for a university.

The University of Bradford won the top accolade at this year’s CIBSE Building Performance Awards for its ambitious efforts to transform its ageing estates infrastructure, reducing the carbon footprint by an impressive 35% over the past decade.

The university’s department of estates and facilities was named Building Performance Champion (an award it also won in 2012) for its pioneering Ecoversity programme, set up to upgrade the fabric of buildings and the habits of occupants.

Like others in the UK, the Bradford campus has a legacy of large multi-purpose buildings with poor thermal performance. A total of 28 buildings dating from the 1960s and 70s have large areas of single-glazing and blown air heating.

The university introduced engineering and control improvements to the district heating network, expanded the building energy management system, and reviewed and optimised compressed air use.

The award also acknowledges the university’s efforts to embed Ecoversity into the formal and informal learning experience of all students.

Dr Hywel Davies, technical director at CIBSE and Building Performance Awards judge, says: ‘The strength behind Bradford’s entry was not just about technical achievement, but in the culture change they oversaw: staff and students are involved in their initiatives, and a strong sense of community is fostered around the idea of sustainable development of the university site, in order to help occupants and users improve behaviours.’

Bradford is the only university in the world to have three BREEAM Outstanding-rated buildings in its portfolio. The Bright Building has the highest ever BREEAM Outstanding score for a university, and was constructed from mostly natural or recycled products, with very high levels of insulation, a natural ventilation strategy and several low and zero carbon technologies.

Bradford also picked up the Facilities Management Team Award for its approach to tackling problems with the 1960s and 70s buildings, which resulted in a 27% reduction in utilities costs and an £8 million saving over 10 years, where costs in the wider market have risen by 90%.