Of all the times to visit Foster & Partners' newly completed ME Hotel I had to choose the day of Margaret Thatcher’s funeral. This was a problem because the hotel’s location, on a prominent corner where London’s Strand meets the Aldwych, happens to be along the planned funeral route. When I arrive in the early morning, the cordoned off streets and heavy police presence around the site contribute to an unsettling blanket of silence. To add to the drama, just as Giles Robinson, partner in charge of the project, explains the intricacies of the building’s curved geometry, the highly polished hearse carrying Thatcher’s body drives slowly past.

It is an historic yet bizarre moment, but one that Robinson takes good-humouredly in his stride. He has needed a sense of humour on this long-running project. Fosters was appointed in 2004 and the practice’s involvement only ended on 1 March this year, when the hotel officially opened. During this time the client changed and it had to accommodate different design requirements for Melia Hotels International. The project and its team have also had to work through one of the worst recessions in history. Then in June 2011, Robinson saw the nearly complete new double mansard to the adjoining Marconi House burn down in a serious fire believed to have been triggered by welding work. He must feel immensely relieved that this protracted project is finally finished.

The five-star ME Hotel, the first for which Fosters has designed both the interior and exterior, has 157 bedrooms, a bar, two public restaurants and a rooftop terrace all over 10 floors. Three new basement levels have also been created, providing two floors of car parking and a conference facility and small gym. Triangular in plan – a geometric shape repeated throughout the building including in some of the stone flooring – the steel structure restrains a self-supporting Portland stone facade which curves on the Aldwych elevation. The building terminates at the corner with an elliptical tower topped by a glass cupola – a contemporary reinterpretation of the Edwardian-style domed roof on the building opposite.

Striking triangular Oriel windows project from the facade. They are full-height on the first floor and reduce to a standard rhythm at the upper levels. The hotel’s elevation blends seamlessly into the facade of the adjoining grade II listed Marconi House. This Portland stone building, named after Marconi’s Wireless Telegraph Company, had previously shared office space with a fairly utilitarian 1960s building that was demolished to make way for the ME Hotel. Marconi House has been separated from the hotel as part of the ambitious £92m Fosters-led development and converted into 87 exclusive private apartments.

As Robinson and I make our way to the ME Hotel’s main entrance, he points out the York stone slabs underfoot, laid as part of a Section 106 agreement with Westminster City Council to reinstate the material on the surrounding footpaths. The stone leads us into the hotel’s vestibule which is reached via the tower. An elliptical light hovers overhead, an elegant design by Fosters that appears again inside.

Pass through the glass sliding doors into the lobby and the interior looks very much like the set of a seventies James Bond film. Angled screens of shiny chrome tubes conceal and separate the Marconi Bar from the other activities in the space. Within the bar, taupe-coloured circular chairs and white leather divans surround low marble tables fixed on tan-coloured hand-tufted inset wool rugs. Suspended from above are lights of intersecting elliptical rings.

Unlike conventional hotels, which usually have a check-in desk for visitors in the main lobby, the ME Hotel directs guests to a concierge desk located to one side. They then walk along the polished white Italian Carrara marble flooring laid in 800mm by 400mm rectangular slabs, past angled walls of Spanish Nero Marquina marble in 1.55m tall triangles, to the rear of the space where lifts rise to the first floor reception. This was one of the key alterations that Fosters had to accommodate when the client changed, and involved inserting an extra floor to create an exclusive reception space for hotel guests. The client also wanted to maximise the food and beverage area on the ground floor. So on the left side of the lobby is STK, an American steak house, with a more family-friendly restaurant, Cucina Asellina, in Marconi House.

Exclusivity to the hotel continues on the first floor, where guests emerge from a lift to a corridor with low level lighting, black carpet and black marble angled walls. All the corridors to the hotel bedroom floors employ this dark palette and materials, but instead of hard flooring, Axminster fitted carpet absorbs sound and help with acoustics. It’s slightly disorientating, but a glimpse of light ahead draws one into the next space, like a moth to a flame.

The architects have saved all the theatrics for the hotel reception in the centre of the building. The drama of the black and white contrast is at its boldest in this atrium, where the triangular theme – or more accurately, the truncated tetrahedron – is at its greatest. Highly polished Zimbabwean black granite clads the floor, canting upwards at the edges to conceal lighting beneath. Angled white marble walls extend nine floors up, culminating in a glazed lantern at the top where thin shafts of daylight stream in. It is unexpected and amazing, and for one brief moment the windowless interior feels a little like the inside an Egyptian pyramid. However, the impression is fleeting, given the plush furniture and fittings and highly conditioned atmosphere.

‘We introduced this bold black and white interior palette, which is a recurring theme throughout the hotel, because it establishes a strong identity,’ says Robinson. ‘We then defined the individual character of each space through variations in tone, texture and scale, justifying the approach.’

A similar, although less dramatic, contrast in colours is experienced when moving from the dark corridors to the guest bedrooms. Predominantly crisp white with stylish white faux leather walls, the floor however is dark. A robust charcoal-coloured fitted wool carpet is used in the bedroom area, but in the bathrooms 800mm by 800mm slabs of polished Nero Marquina clad the floor. The same marble is used in the showers, although it is honed to create a non-slip finish.

Up on the 10th floor at the Radio Rooftop Bar, the glazed pavilions’ interior is also predominantly white. However the space depends less on visual impact – the spectacular views of London provide this. White polished Carrara marble flooring cut in 800mm by 400mm tiles is employed in the interior, while outside the terrace is clad in similar-sized slabs of bush hammered Blanco Estrella Diamante granite which line the sides of planter boxes spaced along the edge of the terrace.

The stone finished flooring, whether marble or granite, which has been used throughout the hotel interiors, is well suited to this black and white theme and was specified in highly trafficked areas because of its durability and long lasting quality.

When given the opportunity to design both the exterior and interior of a project an architect wants to create an impact and leave a mark. Fosters has achieved this in its execution of a thoughtful and complex design that provides the right balance of drama and delight.

> White, 20mm thick Carrara marble was used for the ground floor lobby and 10th floor Radio Rooftop Bar, and also on the stair treads leading to the basement and lobby area. The floor to the conference/banqueting facility is covered in a dark charcoal-coloured carpet and the small gym features a sprung timber floor. Employed in the bathrooms to the hotel bedrooms is Spanish Nero Marquina marble – 20mm thick and both polished and honed.

> The public washrooms feature a predominantly dark interior with black walls and black floors of Indian black granite – polished and cut in 500mm by 500mm by 20mm thick shapes. White Corian counters and wash-basins offer relief from  the
all-encompassing black.

> The public restaurants also use stone for the flooring where appropriate. The floor to the STK restaurant is clad in Welsh slate – honed in sizes cut to 850mm by 850 by 20mm thick – while in the Cucina Asellina restaurant German Jura marble was specified – honed and cut to 1200mm by 600mm by 20mm thick. 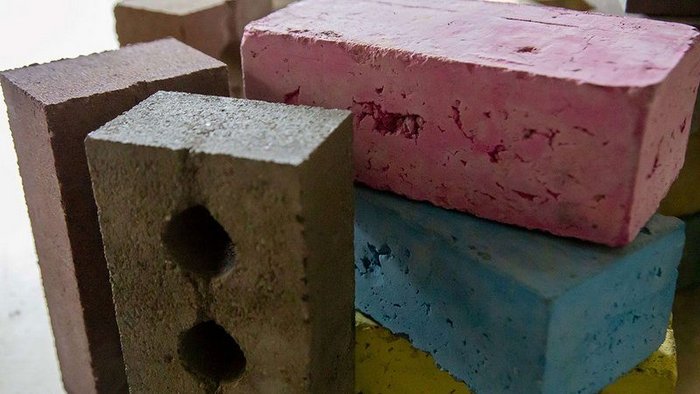 Pick of the products to improve your indoor spaces