Michelmersh showcases some of its favourite projects, from student apartments to a tiny church 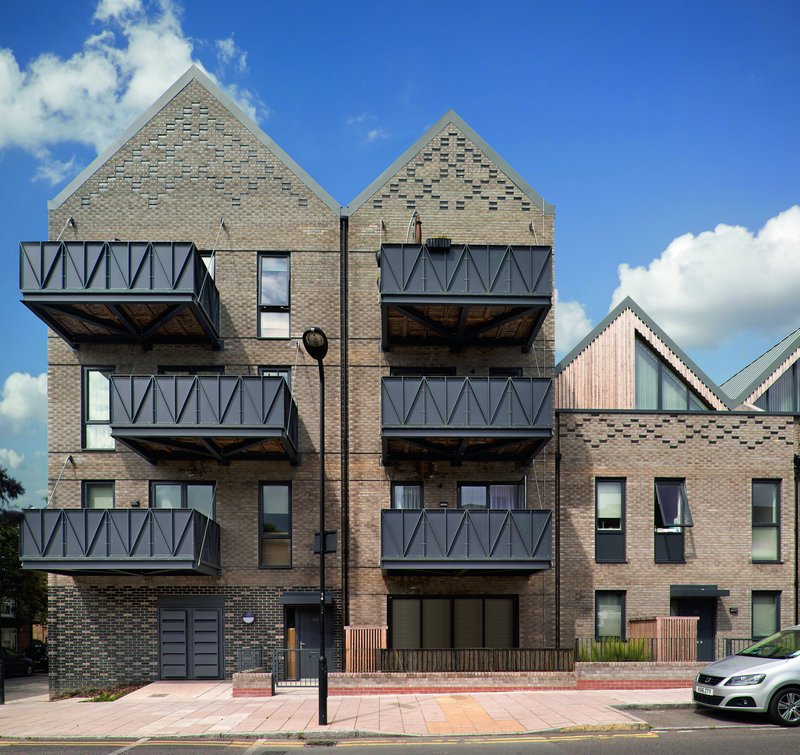 King Edward’s Road, Hackney: Patterning on the brick gables and parapets adds texture to the scheme.

Hawkins\Brown’s scheme for King Edward’s Road is a contemporary take on a Victorian streetscape. ‘The pitched-roofed buildings of this quirky housing scheme reference solidly built, uniform and well-detailed Victorian terraces while the brick decoration references Victorian factories in the area,’ says Carol Lees, a partner at the practice.

A large four-storey warehouse-style block anchors the 32-home, mixed tenure scheme at the junction of King Edward’s Road and Tryon Crescent. From this corner block, a terrace of four similar sized buildings, set back from the road, form the scheme’s Tryon Crescent frontage. A lower, three-storey block, also set back, links the corner warehouse to an existing three-storey terrace on King Edward’s Road. On this the pitched roofs are set back from the parapet to form a small roof terrace.

Michelmersh’s pale brown Floren Pollux brick was chosen for the scheme. This was selected to work tonally with its metal roofs, the dark aluminium window frames, dark projecting balconies and the buff coloured brick of the more mundane 1980’s residential development opposite. ‘There is something very honest about using a brick that is different in colour to London Stock on a contemporary development,’ she says.  Areas of darker brick on the ground floor help define the entrance openings, and on the corner warehouse form what Lees describes as ‘a plinth’ to help ground the corner block.

Mortar was selected in a pale colour to complement the pale grey-brown of the Pollux bricks; the same mortar is used for the areas of dark brick where it emphasises the pattern of the brick bonding.

The charm of this scheme is its simple brick details and minimal ornamentation. ‘The building’s form does a lot so we didn’t want to overlay it with too much detailing and ornamentation,’ says Campbell Metcalfe, an associate at Hawkins\Brown. ‘We wanted to let the simple form of the pitched roofs, the pushed back terraces and the brickwork define the scheme, so we just added in ornamentation to enhance the blank areas of brickwork on the gable ends and parapets’

Lees describes the patterning on the gables and parapets as ‘playful’. She says the feature adds texture ‘in the way that a lot of Victorian houses have stone dressings’. The architect has used the same patterning to decorate the band of contrasting dark brickwork plinth enclosing the ground floor plantroom of the corner building. 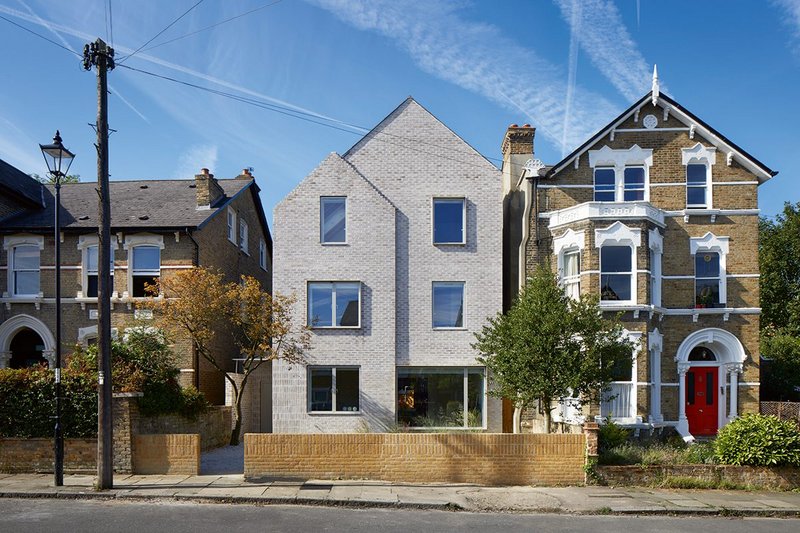 There is an old house inside the new brick skin at Tressillian Crescent Credit: Jack Hobhouse

When architect Alma-nac was invited to create a modern home from an incongruous, two-storey detached 1950s house in south London, its response was to shroud the existing building in a new three-storey brick structure. Now, wrapped in its new exterior skin, replete with a new pitched roof, the house once again references its Victorian neighbour and reinstates the rhythm of the 19th century street. Michelmersh’s Floren Polaris textured brick in warm grey is key to the scheme’s success. The brick ensures the home complements the aged buff London stock brick in this conservation area. The brick skin was an inspired, economical and sustainable means of extending the house while simultaneously creating a thermally efficient, contemporary dwelling. 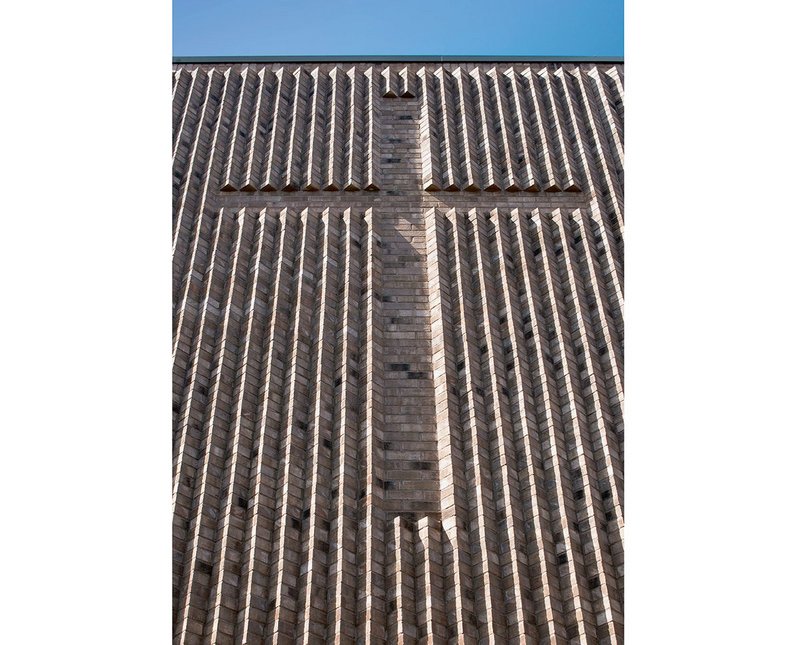 Community is at the heart of Van Heyningen and Haward ‘s Crossway United Reformed Church in London’s Elephant and Castle. Its use of textured brick and copper detailing on the new-storey elevations give the church both a welcoming, human scale and a strong presence in an extremely challenging urban context sandwiched between a large housing block and looming railway viaduct. A large cross formed in Michelmersh’s textured Floren Vega Rustic brick on its east elevation makes a proclamation visible to traffic on the Elephant and Castle roundabout and from the railway above. 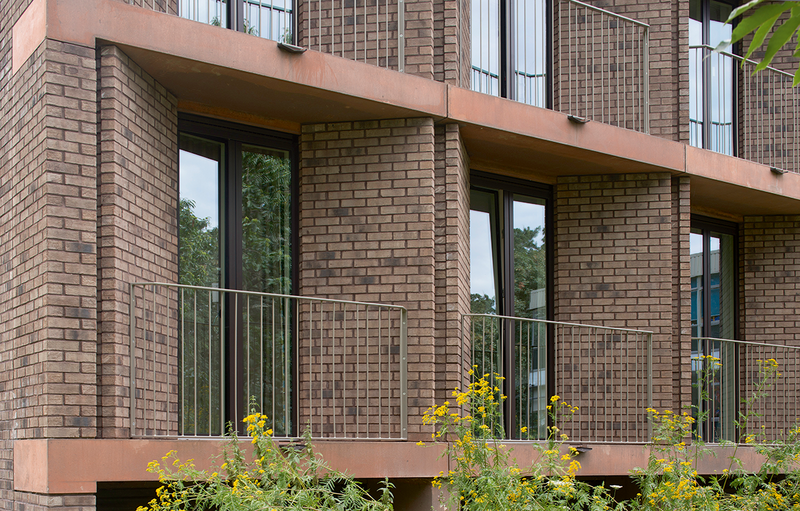 These two architectural precedents informed architect Henley Halebrown’s design for the three new buildings, and its use of brick in particular. Brick is used on the elevations of the new student residences, where its durable appearance complements that already enjoyed by the building’s distinguished neighbours.

The elevations feature arrowhead brick piers supporting half-hexagonal balconies; these load-bearing features carry the weight of the individual precast balcony units down to the footings without the need for additional supports.

The dark red-brown brickwork is flush-pointed and enhanced with the precast concrete string courses, entablatures and parapets. Henley Halebrown worked with brick manufacturer Floren (Michelmersh’s Belgian brand) to develop a bespoke brick mix for the project, subtly variegated to complement existing brick structures and buildings on the site. The pigmented mortar and precast elements were carefully chosen to provide further subtle changes in hue.

The scheme’s many accolades include Silver in the Fritz Höger Award 2020 for Brick Architecture, for its ‘high architectural and craftsmanship quality’ and inclusion on the shortlist for the 2018 Stirling Prize.