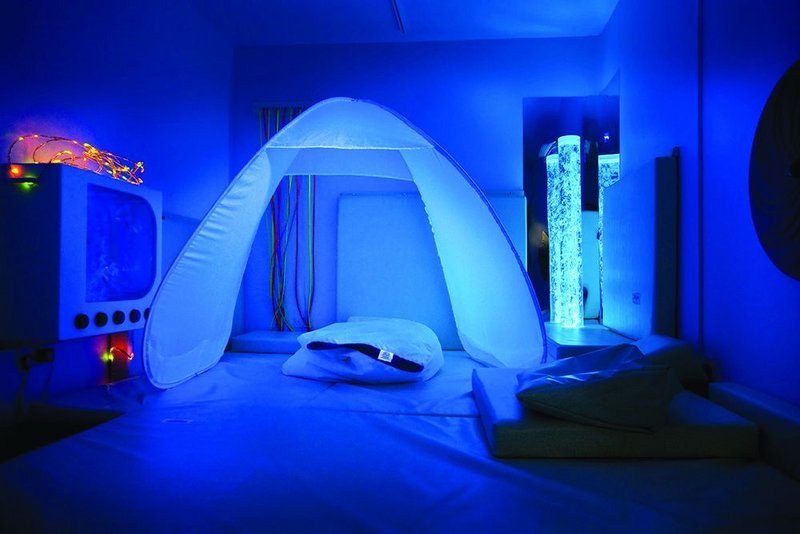 ‘Things are a bit up in the air’ is a phrase you get used to hearing when discussing healthcare building with experts in the field. As government spending cuts and dwindling private sector investment bring a shift in the number and types of project coming to site, a great deal of uncertainty surrounds the likely impact of changes introduced under the new Health and Social Care Bill. These came into force in April, heralding the most dramatic restructuring of the NHS since its establishment in 1948.

If one thing is certain, it’s that the rapid expansion seen in the noughties, when more than 100 PFI hospitals and around 750 primary care centres were built, has come to an end. Although health was ring fenced by Chancellor George Osborne in this year’s spending review and the NHS budget for 2015/2016 will be £110 billion, up 0.1 per cent annually, the organisation’s capital budget has shrunk by 17% since the Comprehensive Spending Review in 2010. NHS trusts must also cut a further £20 billion in efficiency savings – the so-called ‘Nicholson Challenge’ – by the end of Parliament in 2015.

For architects targeting work in the sector these changes mean four things: more competition for a reduced workload; a greater focus on retrofit and refurbishment over newbuild; radical changes to the way projects are funded and procured – particularly following the recent abolition of Primary Care Trusts in favour of Clinical Commissioning Groups run by teams of local GPs – and a move away from the major hospital developments seen in the heyday of PFI to smaller, more community-based schemes.

‘The reality is that what we have architecturally as an NHS is largely what we’re going to have for some time to come,’ said Trevor Payne, director of estates and facilities at Barts Health Trust, Britain’s biggest NHS hospital trust. ‘Times are tight and NHS trusts are focusing on the building stock they have and the services they provide, which is limiting the size and number of schemes coming through ... from an architectural perspective, the focus now will be on retrofit and renew,’ he said.

Nevertheless, the government remains strongly committed to healthcare. In 2012 the Department of Health (DoH) was UK construction’s biggest client, providing £1.34 billion of work across 357 contracts, according to construction business intelligence unit Glenigan. However, the average DoH project value was just £3m, compared with an average £11m for the top 50 clients as a whole. This suggests that the squeeze on health capital funding is having an impact on large-scale capital schemes.

Within the acute care sector, trusts are reorganising and rationalising their estates in an effort to reduce duplication of services, and release land for sale or redevelopment. Several are merging: the largest so far is the amalgamation of Royal London Barts with Newham General and Whipps Cross, which is triggering a new wave of master planning and estate appraisals.

‘NHS heads are looking to engage architects to carry out a high level strategic evaluation across three or four major hospital sites to see how they can be rationalised to create better value and dispose of surplus facilities,’ said Jonathan Wilson, principal and healthcare sector lead at Stantec Anshen + Allen.

There are certainly savings to be made. A report into healthcare efficiency, published in April by consultant EC Harris, claims the NHS has unused or underused floor space equivalent to the size of London’s Hyde Park and could save £2.3 billion by off-loading or improving it. It adds that 12.8% of the NHS estate, equivalent to three times the size of Hyde Park, is functionally unsuitable, and urges the government to sell it off or invest to improve its efficiency. 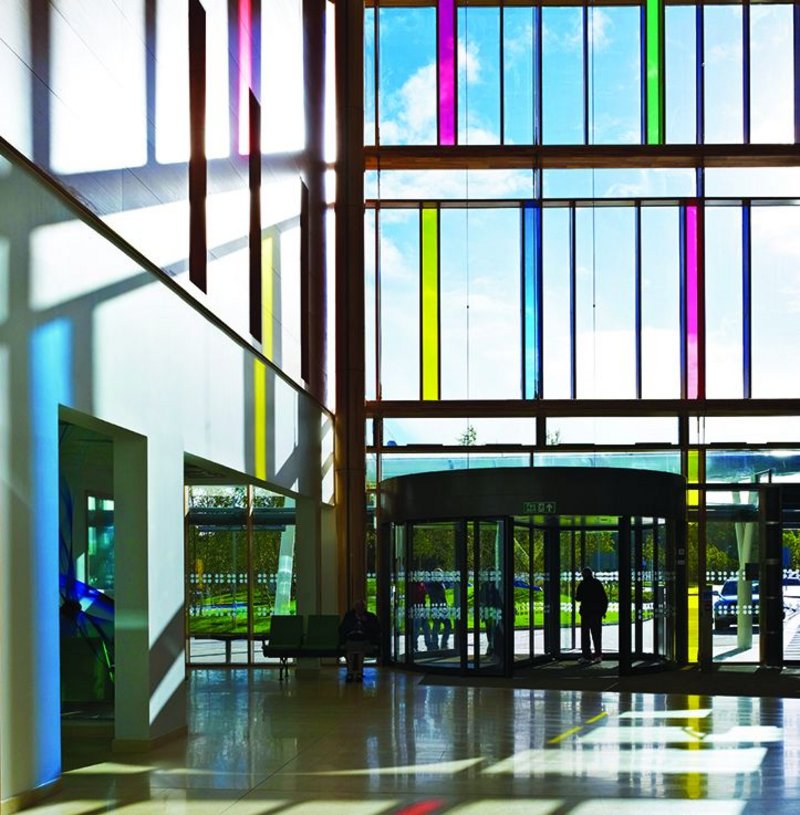 In these austere times, tension is emerging between pressures to take money out of the system, and the ongoing agenda, driven by the likes of health regulator the Care Quality Commission and goals set out in the government’s Patients’ Charter, to make patient care and environment the top priority.

‘Until recently, it was all about the patient experience and 100% single bedrooms etc, but the industry has stalled on that and now the focus is more on re-using the estate and conserving space. In some cases this wouldn’t  allow us to reach a 100% single bed solution,’ said John Knape, frameworks director and healthcare lead at IBI Nightingale.

The demand to do more for less can sometimes make it harder for architects to see design integrity through to project completion. This is especially true under PFI, where a main contractor’s concerns over long term costs and its investment increase pressure to cut time and money, said Ana Sa, project architect at Allford Hall Monaghan Morris: ‘The way I see PFI improving, funding aside, is for each project to get a design champion from the start, as we did with the Kentish Town Health Centre ...Having someone with clout on the client side, pushing for better quality, helped us maintain our vision and the scheme has won awards as a result.’

The NHS has unused or underused floor space equivalent to the size of London’s Hyde Park and could save £2.3 billion by off-loading or improving it

Power to the GPs

Changes brought about by the Health and Social Care Bill will see management of the NHS, including the estate, decentralised, with more power handed to local GPs and clinicians.

Primary care trusts (PCTs), which were responsible for spending around 80% of the NHS budget, were abolished in March and replaced by clinical commissioning groups (CCGs), local groups of doctors, mainly GPs, who will have responsibility for most of the NHS funds for commissioning services – including construction.

What this means in terms of funding and procurement of projects is not set in stone as CCGs are still being established. However, their proposals for work overseen and assessed by the NHS Commissioning Board  mean they will clearly influence the shape of future Local Improvement Finance Trust (LIFT), 3PD and other estate projects. The CCGs will also work in collaboration with the newly-established NHS Property Services, which took over management of PCT-owned property in April and has £125m earmarked for its 2013/2014 capital investment programme, to ‘build new projects’ and carry out ‘major refurbishments’.

The emphasis on GP-led commissioning is expected to encourage more co-operation between private and public care providers – a controversial subject that has led some to claim the NHS is on the road towards full privatisation – and a greater reliance on private sector funding for the procurement of construction work.

‘Around half the 8,500 GP practices in the country are considered not fit for purpose, but the £125m allocation for 2013/2014 will only stretch to the construction of around 15 new primary care facilities, highlighting the need for private sector funding to address the shortfall,’ said IBI Nightingale’s Knape.

‘There’s a real shift taking place,’ added Wayne Ashton, head of strategic planning at consultant and developer GB Partnerships, who is working with CCGs to help them understand how to run estates more efficiently. ‘There’s now a greater emphasis on commissioning buildings to meet the actual needs of patients, whereas before over-reliance on guidance around healthcare building notes and health technical memos meant buildings often tended to be over-engineered for the services required. Buildings need to be more appropriate for their use.’

The shift to community-based projects raises serious questions over the future of hospitals – if some services are to be taken out, which should be retained? What does this mean for the future of A&E departments? And what should be done with the redundant space left behind? Should it be sold, redeveloped, or adapted for use by other local authority services? There are also financial issues over PFI contracts that still have several years to run, and political ramifications to closing hospitals or cutting services.

‘A fault line is developing around the traditional concept of the hospital,’ said Professor James Barlow, co-director of the Health and Care Infrastructure Research and Innovation Centre at Imperial College Business School. ‘Technology is allowing more diagnostics, ultrasound, x-ray and other complex services to be provided in primary care centres. There’s a revolution going on at point of care, the age of tele-medicine is dawning, remote monitoring will soon be viable and traditional hospital services will be delivered to the home,’ he said. If healthcare is in a state of transition, there’s also a sense that we’re entering a Brave New World where healthcare can deliver exciting architectural, as well as clinical possibilities.