A dramatic wall of light signals how Oldham’s Old Town Hall has been repurposed for cinema and retail, but BDP’s lighting of the heritage building itself is deft and sensitive

Its massive illuminated facade dramatically reflected in the rainwater coursing across the sandstone of Oldham’s Parliament Square, the town’s new nocturnal vista takes on the alluring quality of a film noir. This is fortunate as it rains here – a lot. At more than 200m above sea level, it’s far higher than nearby Manchester, and a taxi driver tells me Oldham lives ‘up in the clouds’ and is used to such deluges.

He’s ambivalent about the new civic space carved out of what used to be the bus station, hemmed in between the east end of the Spindles shopping centre and the run-down ‘rear’ facade of the Old Town Hall. Given the climate, he initially questions who’ll use it. But then he gets to the point: in BDP’s £37m RIBA Award-winning conversion of the grade II listed Old Town Hall into a state-of the-art cinema and retail, the taxi rank had to move and there’s no shelter for customers at the new site. Both opinions may be valid, but watching the reflections tremulously rise out of the darkness in the evening rain, they’re the furthest things from my mind.

Creating an 83m x 11m triple height facade of light seems an extreme approach, but as BDP associate Andrew Capewell explains, so was the situation the town council faced. Unused since the 1980s, the dilapidated state of the 1841 civic building seemed emblematic of the collapse of the textile town’s industrial fortunes. By 2005, and as part of a larger drive to reverse its decline, the council was thinking  seriously about how it could make Joseph Butterworth’s classical design a catalyst for the regeneration of the town centre.

BDP’s involvement resulted in the proposal to retain the principal facades while carving an Odeon cinema and commercial complex out of the guts of the building, salvaging what they could of the interiors. It was decided to generate the highly contemporary illuminated facade out of the Old Town Hall’s side elevation. Addressing and lighting the new Parliament Square, a lit piano nobile above a rusticated base of anchor retail, is a bold move for a listed building, aspirational in terms of regeneration, and it reflects the fact that the town’s centre of gravity has, over the years, shifted west.

The framework for the huge light wall is a steel structure extending 8m out from the original glazed brick facade of the town hall, forming a grand new circulation zone entered from the north side. Capewell says the extension outwards not only preserved that original glazed brick facade and gave a dramatic entrance
sequence up a flight of stairs, but created commercially viable volumes for the A3 anchor restaurants below. Sloping 6m along its length from north to south, these utilise the town hall basement as kitchen/service spaces; one of the units boasts the sandstone arch of the old police station, another even has its cells integrated into the fit-out.

But it is the light wall above that is the real showstopper. Formed of 257 translucent glazed panels, the LED lighting units and drivers, integrated top and bottom into a 900mm module standard Schueco cladding system, cast a wash of white light across the inside surface to create the dramatic blanket effect from the outside.

BDP lighting associate Chris Lowe chose  narrow beam LEDs hidden behind a glare shield positioned to graze across the glass. Lowe explains that the effect is attributable to the glass as much as the luminaires and they went through a gamut of sandblasting and acid etching options. The firm was also acutely aware that the glazed expanse had to look as good by day as by night, as well as reducing solar gain, so settled on laminated Saint Gobain double-glazed units with PVB interlayer.

Internally, the sandblasted effect results in uniform lighting everywhere, except for the large, fully transparent openings where walkways move cinemagoers into the body of the building. It’s a nice touch – leaving a cinema screening always leads you to a picture window and wide views toward Manchester and Saddleworth Moor. Glass blocks set into the concrete of the upper and lower concourse slabs pull light further into the building and bring a modernist delicacy to what could have been heavy handed move.

To help with wayfinding, lighting is also inserted on the undersides of handrails – a technique easily facilitated with LED cable runs and, Lowe says, increasingly adopted.

Where the two-stage D&B contract (with the council as client) involved the wholesale removal of rotted floors, the cinema ‘boxes’ inserted into the voids were fitted out by Odeon. Notable exceptions to this involved the old committee room and courthouse and lantern staircase hall, where BDP’s continued design involvement led to sensitive insertions. Hardly any original light fittings were still in the building, which left room for some imaginative scope.

In the old courthouse the judge’s bench is hidden by a retractable screen, and the triple height space thoughtfully lit with discreet fittings that highlight the original pilasters, scrolls and ceiling. Capewell points out that all the acoustic attenuation has been inserted in the spaces between pilasters to make it as unobtrusive as possible.

In the committee room, meanwhile, what remained of the 19th century painted friezes was removed, restored and reinstalled. Where the wall panelling had rotted away, its ‘ghost’ was screenprinted onto wall-sized acoustic panels, the lost features finely delineated in white lines on a dark grey textile surface. While Odeon was initially nervous about the technical performance compromises this conservation approach demanded, Capewell says it came around to the fact that screenings of live events such as theatre or opera were actually very suited to such spaces.

Linking both of these is the grand lantern staircase. BDP’s Lowe says that here they wanted a luminaire that celebrated the formality of the space, so they asked Mike Stone Lighting to create a bespoke chandelier from its high-tech modular, configurable range. The result hangs unobtrusively above the stairwell, its directional luminaires individually positioned to dapple light all around the volume, power leads invisibly integrated into the suspension cables.

Given that the new west elevation is a wall of light, it was decided to make lighting as subtle as possible on the remaining heritage facades. Floodlighting was actively avoided. Narrow beam close offset optics cast a warm light onto the sandstone columns and pilasters, picking up on the natural rhythm of the facade and counterpointing the cool blue hues of the light wall. Lowe concedes that the value engineered lighting of the landscaped areas resulted in bulky mast luminaires, but the IP68 fittings uplighting the planted trees and stone columns at the north and south edge create a theatrical presence for Parliament Square.

Some of Oldham’s residents still view the redevelopment as foolhardy, millions of pounds spent on a town centre cinema when they already exist in Rochdale, Ashton and Manchester. But that takes no account of a bigger vision. Parliament Square is instrumental in creating a sense of arrival for the new MetroLink tram and in establishing a cultural quarter together with the Lyceum Theatre at its southern end. It also allows the 1830 St Mary’s Church, on a hill to the north, to become fully engaged in the new urban composition.

It’s true, the square is literally blindsided by the blank east face of Spindles shopping centre, but future development may address this. And while a cinema is an unlikely use for a former civic building, here it’s reinvented in a considered and contemporary guise, resulting in a bold and inviting new public space.

It is easy to regard all this as tinkering instead of addressing the clear social deprivation, but, as with the silver screen, the trick is in the suspension of disbelief. Oldham Town Hall could yet prove to be the torchbearer for a renewed civic pride. 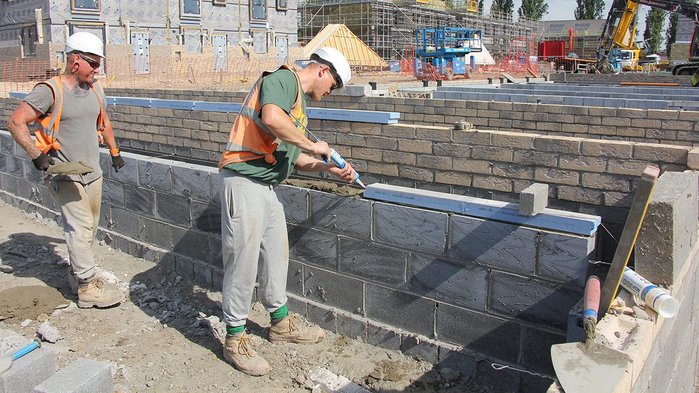 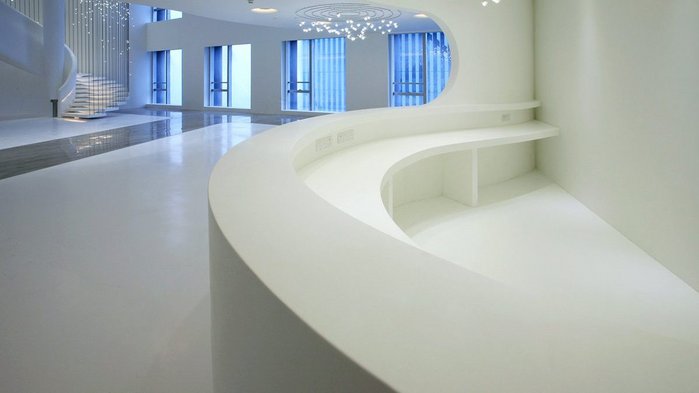 In association with Durasein 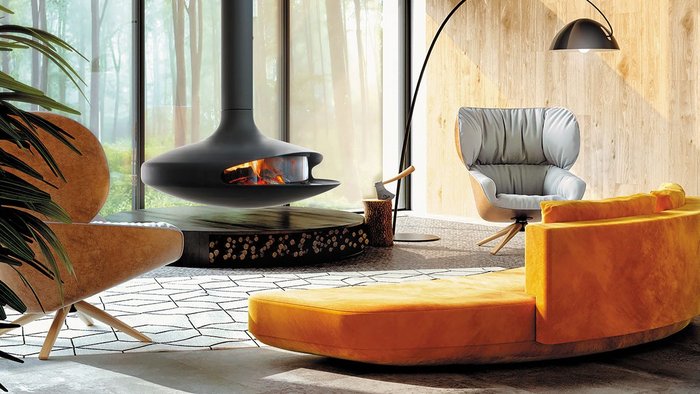 In association with Focus

This classic fireplace now comes with a closed glazed hearth