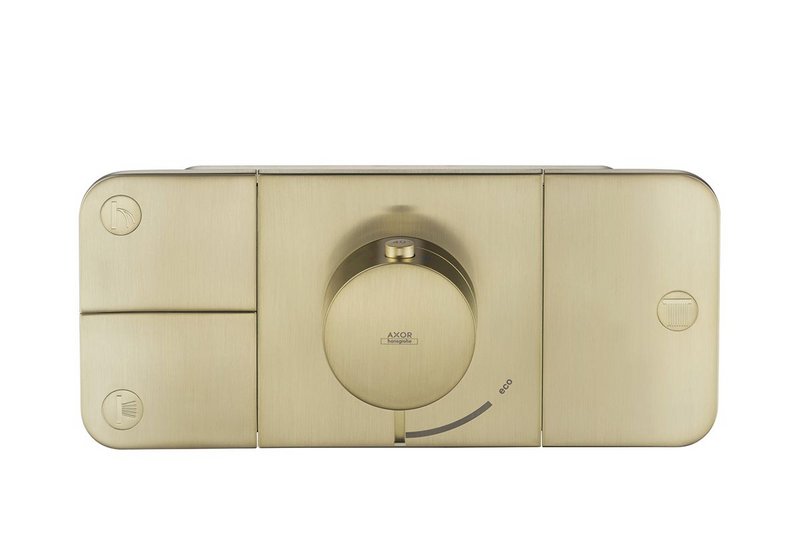 Ah, the dilemma of choice – something I’m always reminded of when confronted with any number of unexplained hotel shower taps, which usually require one to leap back six feet when accidentally slamming the ‘rain effect’ full on, thermostat still in the cold position. Designer Barber Osgersby must have been caught out too, as it’s come up with the Axor ‘One’ range, launched in September by Hansgrohe. The central temperature valve defaults at 38°C, while ingenious hand/elbow push plates allow you to switch from the various heads instantaneously. With an ‘eco’ lever that cuts the flow by half, the design duo calls it a ‘binary approach to showering’; a complex term for the fact it’s either ‘on’ or ‘off’. But whatever you call it, it brings much needed simplicity back to the fundamental act of bathing.