Some of the lessons learnt in educational buildings are not formally taught in classrooms. Michèle Woodger hears about ways that good design and materials have enhanced learning environments

More than any other typology, begins chair of the latest PiP webinar, Jan-Carlos Kucharek, educational buildings are ‘loaded with potentiality for the future’, providing exciting environments in which young bodies and minds can flourish. ‘Much is to be learned from being open to the scrutiny and curiosity of young minds,’ he argues – school buildings can be pedagogical tool for both students and the architects who design them.

Houlton is a new suburb of Rugby, a joint venture with master-developer Urban and Civic and JTP masterplanning architect. The school anchors the development and connects to it via a green corridor. Naturally such a project has many stakeholders, and fundamental to its success, says McCosh, was a two-day charrette, which included Historic England and the 20th Century Society, and established the parameters of the conversion, balancing its heritage status with the client’s energy requirements and budgets.

Despite these and other constraints, vHH has created a high-performing, sensitive and memorable school. Teaching rooms are in two new blocks, whose language ‘holds its own’ against the original. The old building now accommodates shared spaces such as the assembly room, sixth form centre, library and canteen, and, reports McCosh, has made for some ‘amazing spaces’ with elements such as fuel tanks and a crane retained, the introduction of a mezzanine and rooflights bringing light deep into the interior.

Intrinsic to the many energy performance successes of vHH’s project was suitable insulation, and Justin Lewis, business manager of sponsor Rockwool – leading stone wool manufacturer – drills down to specifics with a look at the material’s application at Cobham Free School in Surrey. In 2012, a 1990s office block was reconfigured by its former occupier, Willmott Dixon, in collaboration with architect Stride Treglown, as a school for 920 students. Rockwool’s Hardrock Multi-Fix (DD) provided thermal and acoustic insulation on two new wings as well as fire protection. The extensions required adherence to different regulatory standards for flat roofs, acoustics and fire safety (BS 6229, BB93 and BB 100) which the Rockwool system provided with over 2,000m² of its product, to safe and cost-saving effect. 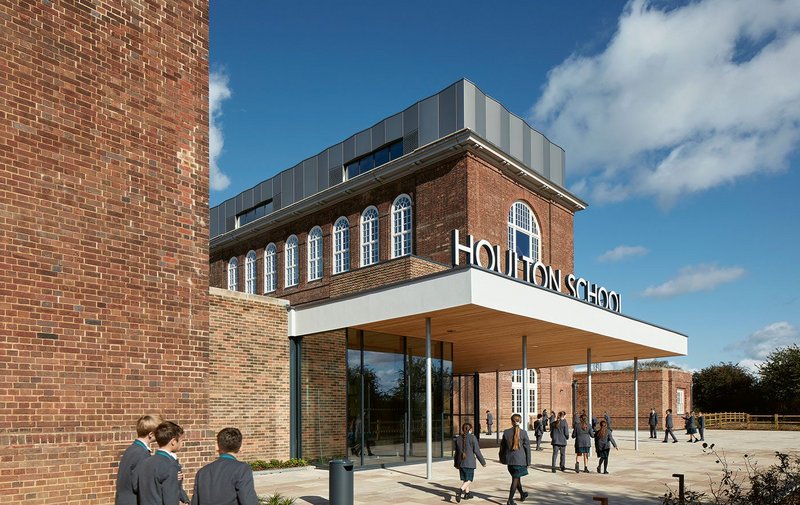 vHH’s Houlton school is a text book example not only of adaptive re-use, but also how an existing building can effectively steer the design of a whole new urban quarter. Credit: Hufton + Crow

In fact another project which made use of Rockwool insulation was Wintringham Primary Academy, at St Neots in Cambridgeshire, recent winner of an RIBA East award. Regina Kertapati, associate at dRMM, discusses this project, which completed in 2020.

The school is the first civic building in a wider development (again led by Urban and Civic). Here too, the client required the school to make a strong statement that would set the tone for the development.

The school accommodates 708 pupils on a 2.7ha site, and is guided by three principles: learning in the round, interaction with nature, and community asset. The headteacher, a strong believer in outdoor learning, was committed to the creation of an inspirational learning environment, which allowed for certain innovative architectural approaches such as an ovular structure with a woodland grove at its centre.

This spatial organisation strategy boosts a communal sense of belonging, which strengthens classrooms’ interactions with each other and the central space. The classrooms ascend in year group order as they encircle the centre, and are designed to allow fluidity between inside and outside. ‘We envisaged the school grounds as a forest with clearings and orchards,’ explains Kertapati, and although budgetary constraints limited this, the wider landscaping designs forms part of the longer term strategy for the school, allowing staff and students to be immersed in nature.

CLT was used in the structure and interior finish – a natural choice given the project’s ethos. The decision to leave elements of the structure exposed was ‘informed by studies showing that timber environments reduce the perceived level of stress in people’, explains Kertapati. The distinctive terracotta rainscreen facade is inspired by seasonal colour changes, graduating around the building and helping with navigation while contributing to energy performance.

On the topic of facade engineering, Mark Clemson, sales and marketing director of Kawneer, offers ways to deliver value in the education market at a time of raw material price increases. Kawneer, established 1906, supplies architectural aluminium windows, curtain walling and doors, and 30% of its custom arrives from the educational sector.

‘System suppliers are good at delivering technical performance at budget without compromising on specification,’ he argues, using the Gateway to the Valley School in Bridgend as an example: ‘one of the most extreme value engineering exercises we have been through’. By collaborating closely, costs were ‘driven down by £150,000 on the job without compromising the ethos of the design when it came to U values, aesthetics and so on’, he says. Several specific ranges were discussed for their appropriateness – ‘doors take a significant hammering, slammed by hurrying school kids keen for the end of the day’, he wryly observes.

We have one final lesson to get through however; Stephen Smith, partner at Wright & Wright Architects rounds off the webinar with a fascinating look at his practice’s work on the library and archive at Lambeth Palace, London – a collection deemed second only to the Vatican in terms of the importance of some of its theological documents. 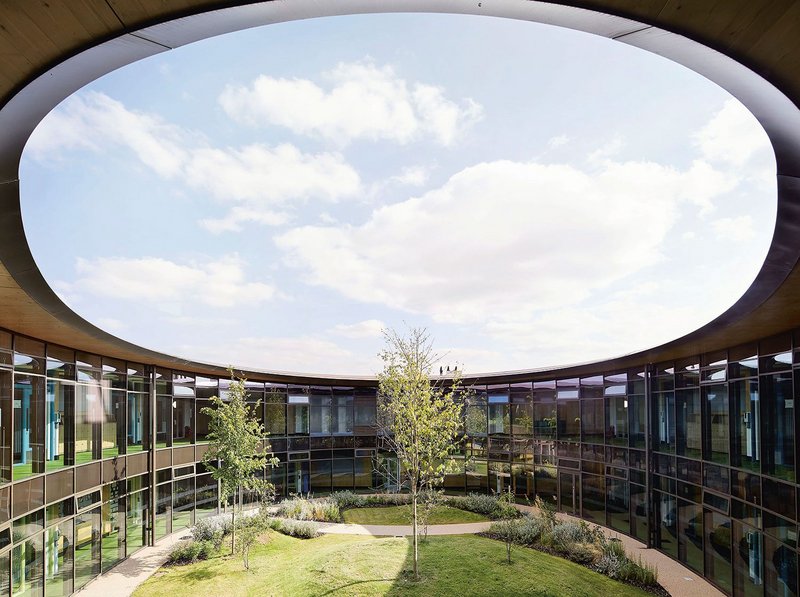 Lambeth Palace, the grade I-listed home of the Archbishop of Canterbury, in fact inhabits a somewhat ‘hostile environment’ in central London, surrounded by heavily traffic roads and the banks of the Thames. Before the intervention, says Smith, ‘the building was destroying the books and the books were destroying then building’ – so the new building had to offer the collection safe harbour from pollution and flooding.

The entrance to the complex is via Morton’s Tower, a red-brick Tudor gatehouse. Wright & Wright’s addition at the other side of the site references this historic building: it takes the form of a central tower with two wings – concrete, for necessary airtightness and to protect the archive, clad in Swanage Ibstock brick with considerable attention to detail. At a similar scale to the surrounding buildings, the tower gives a civic presence, while the wings are conceived as a thickening of the boundary wall, shielding the inner garden from London’s fumes.

These gardens offer a rare sanctuary; the building’s interior adopts a pared back aesthetic that prioritises the view out to this garden and the enlarged pond, which it now helps by providing cooling and rainwater drainage. At the top of the tower a seminar room and terrace looks out to the Palace of Westminster, ‘re-establishing the age old relationship between church and state’. The external brick wrap is met by the oak wrap on the inside, creating a peaceful space in the reading room, inspired by Antonello da Messina’s ‘St Jerome in his study’.

A huge challenge was matching complex archive requirements (working to standard PD454) with sustainability. Through ‘a fabric first approach’ – which used VOC-free materials with high levels of thermal mass and insulation, introduced onsite renewables and had photovoltaics providing half the electrical load – the building has reached BREEAM excellent standard.

Like a conscientious student, this high-performance building exceeds its client’s requirements without needing to shout, and can now be enjoyed by staff and the residents of the neighbouring Evelina Children’s Hospital, who relax in the foyer with its restorative garden scenes – evidence of the importance of educational buildings in the social enhancement of our cities.

This webinar was produced in association with Kawneer and Rockwool 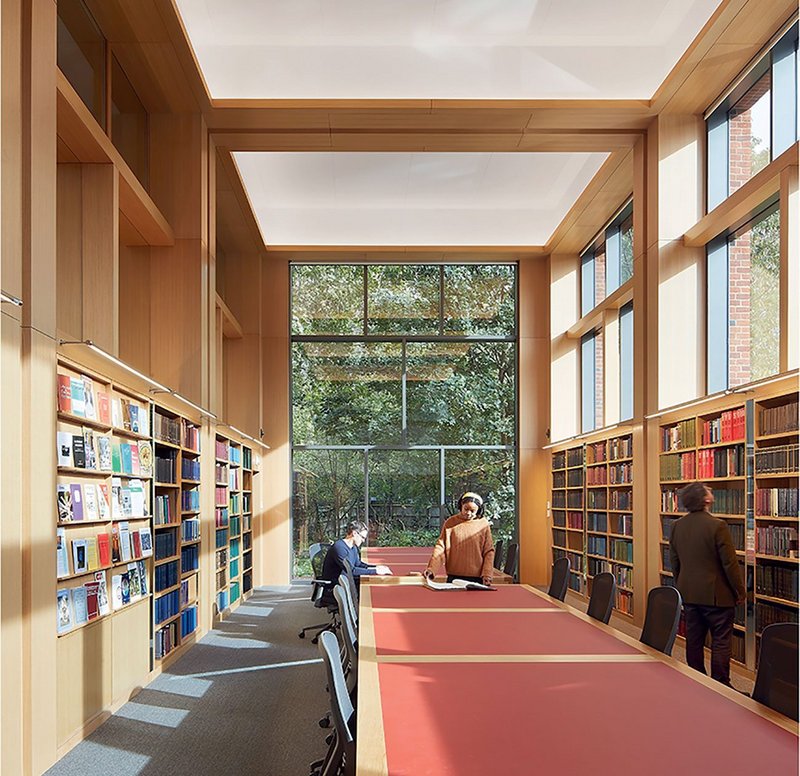 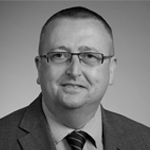 Mark is the Sales & Marketing Director for our UK operations with Kawneer. Mark has been managing our close relationships with contractors, architects, façade engineers and installers for the past 9 years for the UK construction market. His knowledge and experience have helped to create and supply bespoke façade solutions that offer the best value, aesthetics, and performance for multiple building types, sizes and sectors. Due to the close collaboration with supply chain partners and early-stage engagement, Mark has helped to deliver and drive best value solutions for key flagship education projects such as De Montfort University, Templeman Library at the University of Kent and Gateway to the Valleys School. 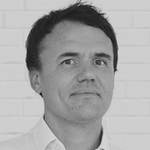 Stephen has been a Partner at Wright & Wright since 2011. Cultural projects include Lambeth Palace Library, the British Academy, Magdalen College, Oxford and the Royal Academy of Engineering Enterprise Hub. As well as practising, Stephen is a consultant to the Glass-House Community-Led-Design, and is a member of the Historic England Advisory Committee. He also taught a second year design studio at Cambridge University School of Architecture for 5 years. Stephen has a first-class degree from the University of Cambridge, where he won the Sir Leslie Martin Prize and the Dissertation Prize as an undergraduate. He spent a year on a scholarship at MIT as part of his diploma, while also taking classes at the Harvard Graduate School of Design. 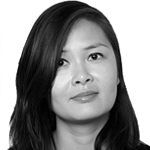 Regina is an Associate at dRMM and has worked on several dRMM key projects. Most notably, she was project lead of Wintringham Primary Academy, a cross-laminated timber primary school in Cambridgeshire that embraces principles of naturalness. Leading the project from concept design through to project completion, Regina gained invaluable experience working closely with a multi-headed client and delivering design excellence within a constrained budget. Regina’s approach to architecture is to ensure projects serve a social purpose. She is interested in cities, their socio-economic complexities, the way they are governed and shaped. Aside from leading projects Regina assists in the studio’s written research work.

Jan-Carlos is an architectural journalist and registered architect. He studied his part 1 at Canterbury College of Art and his architecture diploma at The Bartlett (UCL) and worked for five years at Foster + Partners. He took a parttime role at the RIBAJ in 2004 and continued working freelance at Marks Barfield, Hudson Featherstone, David Morley and Fourthspace architects. He became editor of Products in Practice (PiP) in 2013 and deputy editor of RIBAJ in 2021. 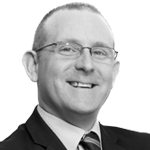 Justin has spent the majority of this time with ROCKWOOL UK, with construction industry expertise spanning 15 years. Joining the specification team back in 2008, Justin focuses on developing solution-driven flat roof solutions that address thermal, fire and acoustic performance requirements. In his current role as Business Manager, Justin and his team provide a range of support to specifiers, contractors and system holders - including the delivery of CPDs, project-specific support with technical calculations and guidance on the most appropriate flat roof insulation solution required to deliver regulation compliance . 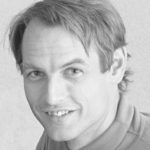 Josh is principal of van Heyningen and Haward Architects. He has over 18 years of experience, including the design and delivery of education buildings for all ages. He enjoys working with historic buildings, and complex and challenging sites, and leads the practice’s heritage projects. Josh is instrumental in developing the practices ability to lead teams that repurpose old, sometimes historically significant, buildings to provide contemporary facilities with excellent performance, and adopting passivhaus design methodologies and structured life-cycle carbon assessment, as he sees these as the way to help clients future-proof their buildings and transition to a low-carbon future. 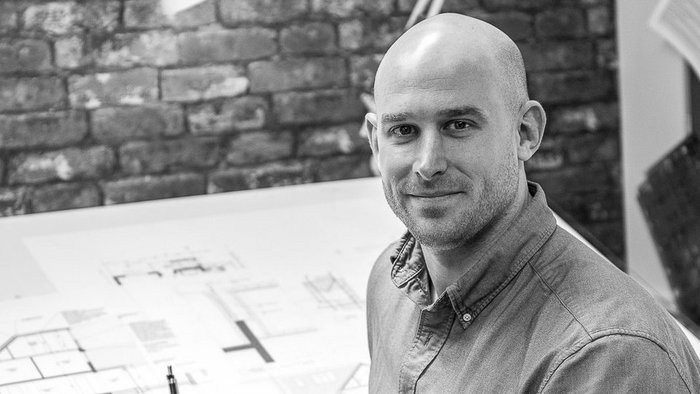 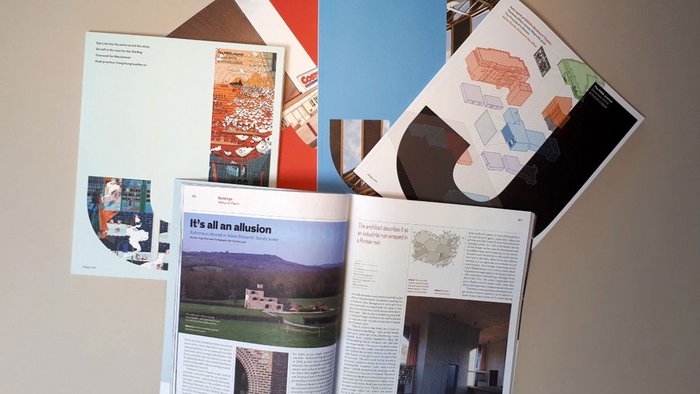