As long as the planning system fails to get a grip on live/work, the model – given new life through the pandemic – will continue to be elusive

Models of live/working by architect PRP: a live/work duplex for the entrepreneur (left, middle), and a home for young professionals and downsizers (right). Credit: PRP

The 1990s was the decade that gave us the Hubble Space Telescope, the Nintendo 64, and Jurassic Park. In property development, it also saw the emergence of a way of combining home and workspace in the disused industrial buildings and sites of Hackney and Deptford.

The live/work concept was based not on England’s cottage industry heritage, but on the trendy artists’ studios of New York’s SoHo. With double height ceilings and mezzanines, perfect for artists’ and makers’ workshops, properties were promoted as an aspirational way of living and to local authorities as a means of regeneration and employment. But flaws soon emerged; live/work properties lost their work use and the model was largely consigned to history.

The experience is worth reflecting on in the current debate about the future of work. The change in nature of working patterns through the pandemic has demonstrated potential for hybrid and home-working, but live/work has highlighted the complexities of making workspace in homes created solely for living.

Ways to work
‘It was ultimately battered by red tape and mistrust,’ says David Churchill, partner with planning consultant Carter Jonas, of 1990s live/work. ‘It became complicated, inflexible, there was a lack of understanding of business and it was associated with improving the chances of securing a residential consent. For many local authorities outside London it wasn’t even a thing.’

Since then workspace in new homes has taken the form of a study or spare bedroom. ‘That’s live/work without a starchy definition put on it,’ says Churchill. Some new large-scale develop­ments are being planned to ­closer integrate living and working, with Churchill ­citing a 2,000 home strategic site in north Kent, where live/work is defined as specialist housing. The ­proposal is in very early stages, but it already ­includes flexible workshop and co-working space in an approach largely driven by sustainability and placemaking objectives.

Another housing specialisation – custom and self-build – was last year the subject of a review by Richard Bacon MP, with a view to scaling up the sector. Bacon’s report recommended such measures as right-to-build registers, and Churchill believes similar interventions could help enable more work-friendly housing. ‘In the UK there is a huge focus on delivering residential, but it is more about quantity of housing than thinking about how people will use it,’ he says. ‘I’d like to see policies to encourage specialist forms of housing, but we need clearer guidance from a national perspective to do it.’

Policy change doesn’t happen fast. ‘While working from home is definitely happening, our planning system is not designed to help it,’ says Grant Leggett, director and head of the London office of planning consultant Boyer. Another solution could be for developers to provide more local work hubs, similar to the co-working spaces or business suites in some upmarket city centre apartment schemes. ‘That doesn’t trouble local planning authorities, and could be a way of retaining employment use for a site,’ says Leggett, adding, ‘The office market in some secondary locations is booming, so more local working is already a thing.’
He recognises that local hubs present their own viability challenges for developers, but he sees the idea appealing to forward-thinking players. ‘A number of big developers are starting to understand the value of active commercial uses as positive placemaking,’ he adds. 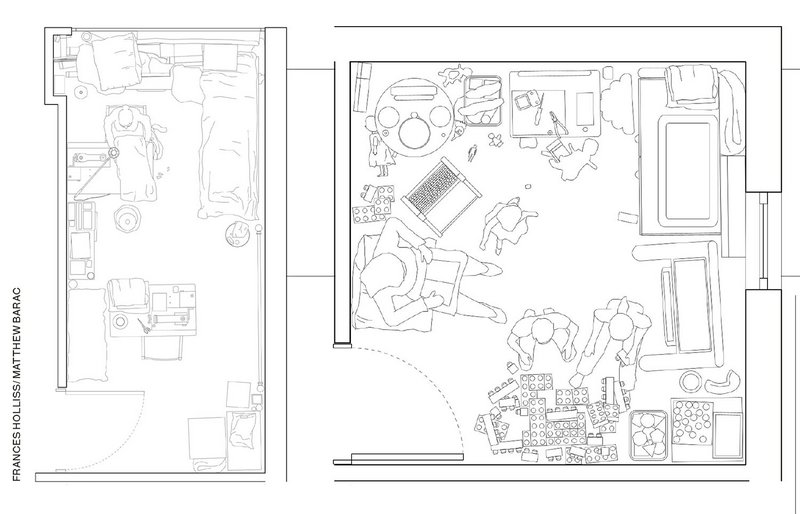 Housebuilder Barratt last year commissioned planning consultancy Lichfields and market researcher Savanta to ask people about home-working experiences and how they might influence property choices, as well as looking at how the planning system could respond. Market research for the report, Working from home: Planning for the new normal? found people’s satisfaction with working from home was influenced by home size and quality, with only half feeling their home was well-suited to working. It found 70% of respondents wanted a home that is ‘work from home friendly’ with an additional room as dedicated office space.

‘The research was prompted by the last five years of LAs applying housing mix policies more zealously – based on the number of bedrooms in homes,’ says Matthew Spry, head of the London office of Lichfields. The delivery of larger new homes – with an extra bedroom to allow home-working – has become more difficult as local authorities have increasingly relied on demographic trends in their Strategic Housing Market Assessments (SHMAs) to prescribe housing types and sizes to be brought forward in their area. Trends have commonly shown smaller households to be on the rise, so LAs conclude that there is a need for more, smaller properties, which has resulted in policies demanding one and two bedroom homes.

‘But that misreads the fact that older people make up a significant proportion of smaller households, and they are often in existing properties and don’t want to downsize, while working age households may be looking for a property with a study or spare bedroom to work from home,’ says Spry. He argues that ‘the best way to make smaller properties available to the market can be by building larger new properties with work-from-home spaces, into which growing families can trade up.’

Barratt’s report urges LAs to respond to the changing reality, reviewing their local plans to adopt a more flexible approach to residential planning applications to support more work-friendly housing mixes and types. ‘The report provides an evidence base for LAs, which, one would hope, will be persuasive,’ says Spry. ‘One aim is to start a conversation and grow awareness and it would be helpful for government to provide a steer in policy and guidance.’

A public appetite for more diverse way of living and working is, however, being reflected in some residential development. ‘Consideration is being given to lifestyle but the emphasis is on amending existing typologies, rather than making bespoke ones,’ says PRP senior partner Manisha Patel. The practice worked on 1990s live/work, but Patel says our home aspirations have changed significantly since, to place greater focus on family lifestyles, ‘with provision of home office space and more emphasis on inter-generational living’. These typologies are generally being well received by planning authorities, she says. ‘The challenge is that developers want to operate within conventional space standards. It is easier to incorporate innovation in London, as the greater space standards allow for more flexibility.

All the above and more
‘The main finding of my 20 years’ work in this area is that it’s not one size fits all. There’s no one ideal solution,’ says Frances Holliss of London Metropolitan University, who is a member of the Workhome Project, which advocates for home-based working.

Holliss’ research has defined eight categories of live/work, each with their own distinct spatial and environmental needs. Its 2021 report, Work home – Housing space use in the pandemic and after: the case for new design guidance, written by Holliss in collaboration with colleague Matthew Barac, shows workspaces for such diverse home-workers as a childminder, curtain maker and telecoms manager. Work-friendly housing typologies vary according to the type of work that needs to be accommodated, she says, but fundamentally can be divided into those with a single front door, a second ‘work’ front door or a workspace a short distance from the home, such as in an outbuilding.

Above all, home-workers want a physically and acoustically separate space in which to work, something that could be accommodated in Nationally Described Space Standards, argues Holliss. But she points out that there are other barriers to homeworking, particularly for poorer households. ‘Covid has highlighted the spatial inequality in society,’ she adds, as many cannot afford separate workspace. Tenancy agreements commonly prohibit home working or require permission, while home working social housing tenants are often unjustly associated with anti-social activities, she says.

1990s live/work had little to do with working from home, argues Holliss. ‘It was a brilliant piece of branding for the loft-style apartment and making homes in light industrial units. It shifted aspiration, but in terms of designing for home-working it was hopeless – the double height mezzanines didn’t work.’ In planning authority circles, it has coloured perceptions of work-friendly homes. ‘It did a major disservice. I interviewed one planner who said they would never allow it,’ she explains.

Ultimately live/work’s challenges stem from the systemic separation of employment and housing. ‘The live/work of the late 1990s really failed on governance issues. In planning we have mono-functional use class orders while our binary property taxation system means business rates and council tax have different systems,’ says Holliss. By contrast, in Japan a property defined in its regulations as a ‘house with small other function’, can be developed in most land use zones, she points out.

While the UK may be lagging behind Japan when it comes to home-working, the pandemic seems to be driving changes here. ‘What we’ve got is a paradigm shift,’ says Holliss. ‘At an urban level, it’s important we start to get fine-grained mixed-use across the board because it seems probable that the changes we’re seeing in our high streets and central business districts will be permanent.’

In association with Architect@Work