Brutalist buildings are not always loved by the people they were built for but this one is, and its modernisation has been suitably respectful

If there is any example of a brutalist building being taken to the hearts of the residents of a city, then it is Preston Bus Station. In 2010, 40 years after BDP’s original design was completed, locals voted it their favourite city building in the Lancashire Evening Post, which may have helped in a later planning battle that could have seen it demolished before it won grade II listing in 2013, after an appeal by the Twentieth Century Society. One of the first major buildings of a fledgling BDP, the imposing 190m long structure, with its distinctive GRP-cast concrete parapets, had long fallen into disrepair. In  2016, Lancashire County Council ran an RIBA competition for its renovation.

If we had done nothing else but improve the lighting, that in itself would have made a huge difference to the user experience

Young practice John Puttick Associates won this with its £5.5m proposal to restore the bus station while reconfiguring its west side to make it more user friendly. As part of a £23m funding allocation that included work to the car park above the bus station, and concrete remediation, it also proposed a public plaza connecting back to the city centre as well a new youth centre on the north side – all part of Preston’s wider regeneration. Puttick says the brief asked for public space but gave no directive as to how it should be achieved, and he feels the proposal to reconfigure the area west of the station as a public square to connect it back to the city could have clinched it for the practice.

‘With bus aprons originally on both sides of the building people were relegated to accessing the bus station via subways – it was effectively an island – with the result that most people took their chances by running over the west bus apron to get to it,’ says Puttick. ‘The reconfiguration of the station’s west side and the new public square completely changes that.’ It also rationalised the functioning of the station in one big move. ‘In order to improve the user experience and bring people in we moved the buses onto the east side and increased the waiting areas to provide more amenity.’ In a sense this consolidation guided the whole renovation of the bus station as it freed up original materials, such as rare iroko timber, to form new elements in the refurbishment.

Puttick’s first task was to replace the facade, which partly decayed; this was no small feat. The original upper mill finished aluminium mullions were badly corroded as was the structural horizontal band running all the way around the building. Below this, the original heavy timber sliding access doors to the bus apron were in such a bad way that wholesale replacement was the only option. ‘We pored over the original BDP drawings and tried to match to the original as much as possible, but we were also constrained by structural and modern wind loading requirements and practicality,’ says Puttick.

All the replacement mullions are identical in profile but are now anodised rather than exposed metal sections. Similarly, with the doors, the decision was made to install automatic sliding aluminium versions that only activate once a bus has pulled into that part of the apron. These have been bronze anodised to match the colour of the original timber ones as closely as possible.

As for the horizontal band running above the doors and supporting the glazed cladding, the job was about more than just reinstating the original backlit panels with their classic British Rail font – it was about making the whole section work harder. After the original deep moulded concrete soffits were cleaned, Puttick decided this section could be used to uplight them invisibly, a key change from the original low lux level pendants that had hung from the soffits before. Now a wash of LED light bathes the whole bus station area, making it highly prominent at night, which has had a fundamental effect on perceptions of security for users. ‘If we had done nothing else but improve the lighting, that in itself would have made a huge difference to the user experience of the bus station,’ Puttick says.

He admits that the exposed nature of brutalism means it was always difficult to hide services, resulting in large amounts of galvanised trunking running throughout. The design team tried to incorporate as much as possible into this zone: ‘It’s not just lit signage, the new arrangement also includes the PA system and a whole load of other electronics and services – the detailing of this middle band is now working really hard to deliver all the services required by a modern bus station.’

It’s different on the outside too, with the original timber fascia boarding removed and replaced with a deep blue PPC profiled aluminium cladding system, a nice backdrop for the new, simple ‘Bus station’ illuminated sign in that signature font.

The original spine running through the building, containing shops, admin areas and toilets, had always been dense and separated the east and west sides of the bus station. Puttick felt it should be opened out from its 3m wide corridor to allow for an effective internal orientation space. Thus on the south side a large 17m x 25m space has been carved out, which also delineates the smaller coach station area from the bus station proper. Here, the firm inserted a new pod structure to act as an information point for travellers. This is formed of double glazed back-sprayed glass and steel sections designed to counter the solidity of the rest of the building; to read as a later insertion rather than part of the original.

That said, it proved to be an excellent opportunity to reuse some of the iroko barriers salvaged from the west side of the station, which are now used as ledges for the service desk window openings.

The iroko appears again in the decluttered west side of the station, now an extensive internal waiting area, where it forms simple bench seating – well used on the day PIP visited. The cleared space also allows for greater appreciation of the refurbished black rubber Pirelli flooring. Where panels had perished, they were replaced by those released from the zone below the new reception pod. Similarly, Puttick notes that broken tiles on the spine walls were replaced like for like, new ones supplied to match the originals by specialist Phoenix Tiles. The spine’s painted timber doors and ironmongery were replaced with laminated doors and HOPPE ironmongery as close to the original as possible.

The main move in the spine was to reconfigure the toilet entrances to face out rather than onto a corridor, allowing easier access. New lower level retail units are clad in single glazed proprietary aluminium system, anodised black to match the existing units and refurbished black timber cladding of the upper level bus station admin area. Seen together, all the small moves have together created a greater sense of clarity and legibility for the spine.

Sometimes refurbishments reduce modern buildings to a shadow of their former selves, but this is not one of those occasions. John Puttick Associates’ work has stayed faithful to the original spirit of the design but adapted and upgraded it for modern transport users and, in doing so, has improved on the original’s municipal and civic nature. With most public building nowadays relegated to a financial deal between planners and the private developers, such qualities are easily lost in the horse-trading. Not here. In Preston the notion of the terminus is being celebrated with a sense of nobility rarely seen these days, and both designer and client should be commended for their evocation and extension of the original vision. 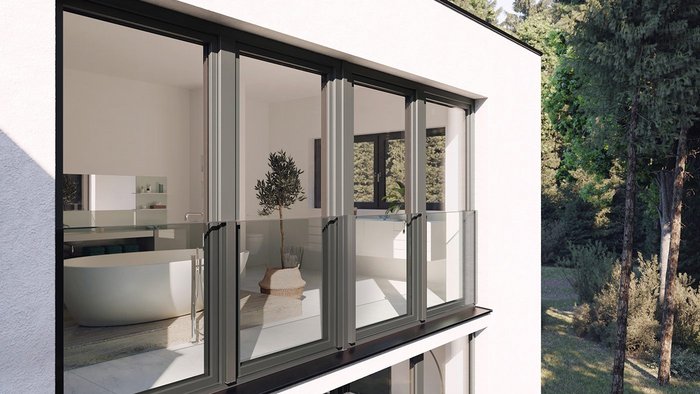 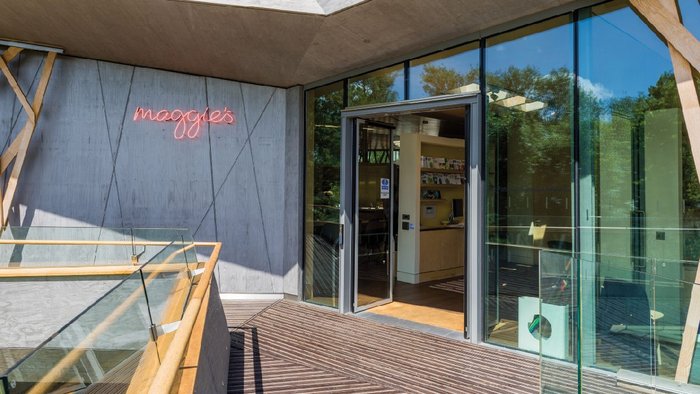 In association with GEZE