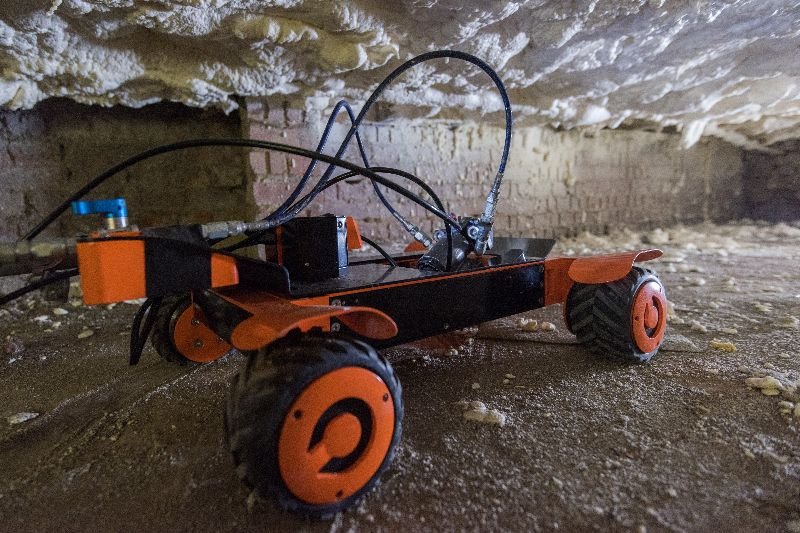 The company behind Q-Bot, the insulation spraying robot, has unveiled plans to plough over £2 million of new investment into scaling up its operation to deliver thousands of energy efficiency upgrades to UK homes.

Parent company EcoMachines Ventures has secured £305,000 of investment from several angel groups, which comes on top of £2.13 million provided by the EU Commission’s Horizon 2020 programme in late 2015.

The money will be used to build more robots and bring Q-Bot insulation to the market at scale, said Q-Bot co-founder and CEO Mathew Holloway, enabling the firm to improve thousands of homes at a time, as opposed to projects upgrading tens of homes at present.

He said: ‘The funding will be used for product development, to refine the robotic technology, for accreditation and third-party validation, and to scale up the delivery side, including our own operations team and those of franchise partners, training their installation teams to use the robots.’

The business recently moved into a new office and workshop building, in preparation for expansion this year, where external contractors will be trained to deliver the insulation service.

Recent trials by Camden Council and CityWest Homes revealed significant efficiency improvements after Q-Bot was used on two properties. In Camden, the application of 150mm of insulation to the underside of a suspended timber ground floor resulted in an 86% improvement in U-value, reducing it from 1.25 W/m2.K to 0.19 W/m2.K, and a 40% improvement in air permeability, from 16.4 m3/hr.m2  to 9.8 m3/hr.m2. 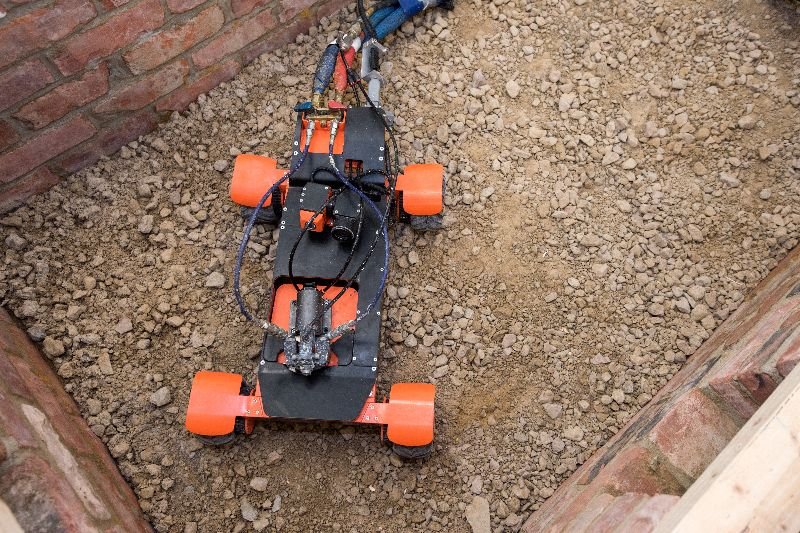 A second generation of more robust and powerful robots has been developed which can enter underfloor voids when inserted either through air vents or external openings, or through an access hatch created in floorboards inside a property.

‘The new robots, which feature four independently controlled drive wheels, designed to navigate over obstacles, bricks, sand and mud, are powerful enough to pull a grown man across the floor,’ said Holloway.