Nanotechnology promises waterless loo for developing world and beyond 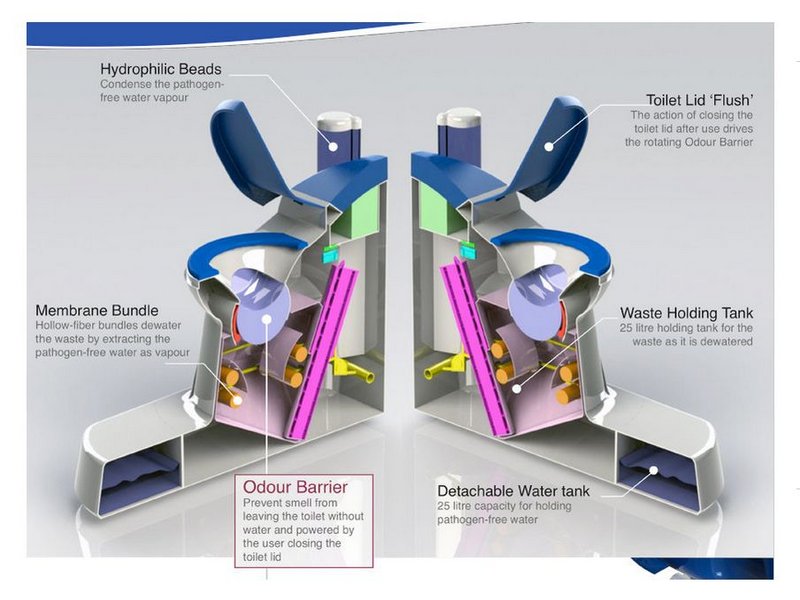 A waterless ‘superloo’ that harnesses the power of nanotechnology to treat human waste, producing clean water and enough spare power to run a mobile phone, is being lab-tested by the University of Cranfield.

A grant from the Bill & Melinda Gates Foundation is helping the university develop the Nano Membrane Toilet. The prototype is designed for use by individual households of up to 10 people and if it goes into large scale production could improve sanitation for the some 2.5 billion people around the world without access to clean water.

The toilet uses rotation to pass faeces and urine through a nano-membrane filter that separates solid waste from water molecules.

The filter is so fine that liquid passes through as a vapour which is condensed back into water for use in homes. This is pure and clean, leaving any pathogens behind in the waste at the bottom of a holding chamber.

Simultaneously, a gasifier burns the waste to produce electricity, which is in turn used to power the filtration process and potentially a small device, such as a mobile phone. Ash created by the incineration process can be spread on fields as fertilizer, the researchers say. 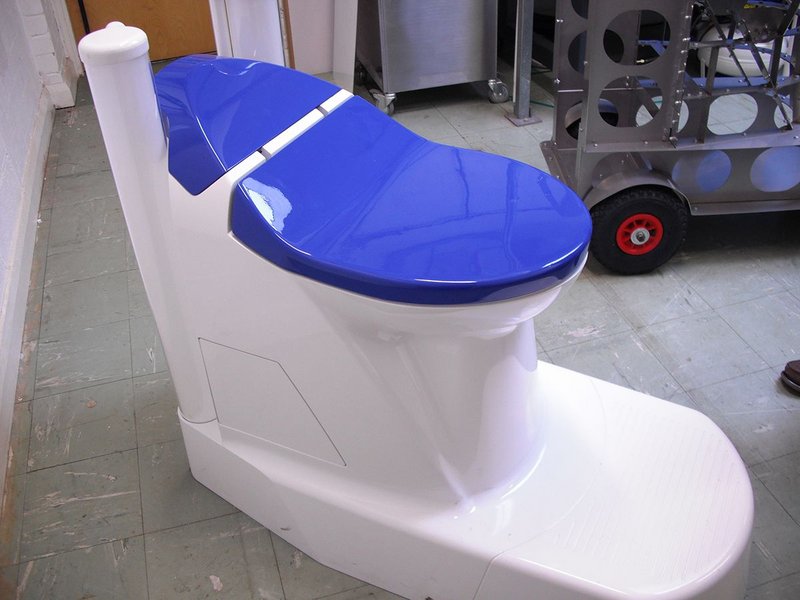 The prototype toilet is going through controlled lab testing, and live field tests in Ghana are planned for the near future. Jake Larsson, a doctoral student working on the project, told RIBA Journal: ‘A key aspect is how receptive people will be to how the technology functions. Everyone is used to having a flush handle or a push button, and hearing a sploosh after they flush. Ours won't necessarily sound or feel like that, and the field tests will be key to gauging the impact.’

The Bill & Melinda Gates Foundation funded the project from initial concept to lab testing, through its Reinvent the Toilet challenge. Although the focus is on helping developing countries, the Foundation has emphasised the importance of creating a commercial product suitable for developed countries too.

Larsson adds: ‘They are keen for us to make it a sustainable business that generates economies of scale. Selling it to places like construction sites, yachts, mining or military installations will ultimately make it cheaper for the people who really need it, in places like Africa, where there is less access to clean water.’

A functioning waterless toilet might also improve conditions for the thousands of Glastonbury Festival-goers facing waterlogged fields of poo and wee each year. ‘We’re hoping for free tickets when we launch the finished product,’ jokes Larsson.