It seems that reports of a Martian landing in the middle of Glasgow have been greatly exaggerated. The shiny flying saucer that settled between the River Clyde and M8 motorway has been received by the doughty Scots as a world-class live entertainment venue. Shrewdly recognising the Foster design, topped by Kalzip’s 125m-span aluminium standing seam roof with a sound reduction index of 53dB, they showed premier league darts in February and have Miranda in March. One assumes that any aliens it did spill out are still trying to get to grips with the notion of fried Mars bars.

There can’t be many children who, asked what they’ll be when they grow up, nominate working in insurance. Yet lots of us end up in an office, derided as pen pushers in suits. But it needn’t be a grey or drab existence, as this revamped ex-council office for L&G arm Cofunds shows. With Armstrong’s mineral and metal tiles and canopies installed to subdue the noise generated by all those hard surfaces, the bright colours could have been chosen by the optimistic young, most of whom believe for some reason that the board meeting is so called because it’s boring.

Isover has put the roll in rock’n’roll with its ‘robust yet gentle’ G3Touch glass mineral wool. With excellent thermal and acoustic performance as well as first class fire rating, it will be welcomed by anyone wanting to reduce a racket. More the Sound of Silence than the Wall of Sound, it’s just the sort of thing for the neighbours of latterday Phil Spectors whose idea of layers is overdubbed guitar riffs. And with up to 86% recycled raw materials it’s ahead of the game: who knows, it might even be able to withstand the results of an amp that turns up to eleven.

Birth, school, work, death – it’s the circle of life boiled down to its numbing essentials by the Godfathers. And that’s the good life: situations like homelessness are the real trials. But here’s a story with a heartwarming ring to it. Different activities within one building – at performing arts charity for the homeless, Cardboard Citizens – have been enabled by Knauf’s donation of its Rocksilk Universal Slab insulation. Exuberant dramatics and peaceful guidance meetings can co-exist, so for those who don’t know where to go, this is one promising option.

What some might describe as the labyrinthine systems of local government are physically manifested at Rochdale Council’s sleek and complex new civic office building. Open and inviting, its double and triple height spaces keep noise levels in check, however, with Rockfon’s monolithic Mono Acoustic TE ceilings. So should Theseus pop in, hoping to rescue seven youths and seven maidens from the Minotaur’s dinner plate, he’ll still need Ariadne’s thread but can rest assured that any derring-do, as he beats the beast to death, will go unheard in the library.

Today we need a roll of sticky-back plastic, some cardboard loo rolls, a couple of old curtain rings, two plastic bottle lids and a large square of cardboard. Glue it all together with rubber solution and paint it black to either fashion it into your own two-man biplane, or create a home insulation kit. Valerie here has a rather better one that Armacell made earlier –  its Armaflex Class O thermal insulation with elastomeric and self seal tubes, coils, tape, flat and self-adhesive sheets, rolls and pre-insulated pipe supports, now with unified technical values.
Don’t try this at home.

It’s not clear if the European Council has been suffering from an outbreak of wets or whether there are simply a lot of drips in there, but it has turned to Xella Multipor to insulate the internal walls of its Brussels HQ. The firm’s Nature Plus-certified boards absorb and release vapour naturally without recourse to a separate vapour barrier, while maintaining acoustic and thermal performance. So whether the atmosphere in the chamber is icy, wishy-washy or at boiling point, the world outside will happily be thoroughly insulated from it all.

Thetford in Norfolk has a proud fighting history, as home not only of the warrior Queen Boudicca but also of Captain Mainwaring, whose statue sits bulldog-like beside the Little Ouse. Now the battleground is global warming, so in the local fearless tradition the Ofsted Outstanding’ Thetford Academy has ensured its new premises are set for a BREEAM Very Good rating, partly due to its use of weber.therm XM external wall insulation. With such credentials, the school’s head must rarely need to use that well-known encouragement, ‘You stupid boy’. 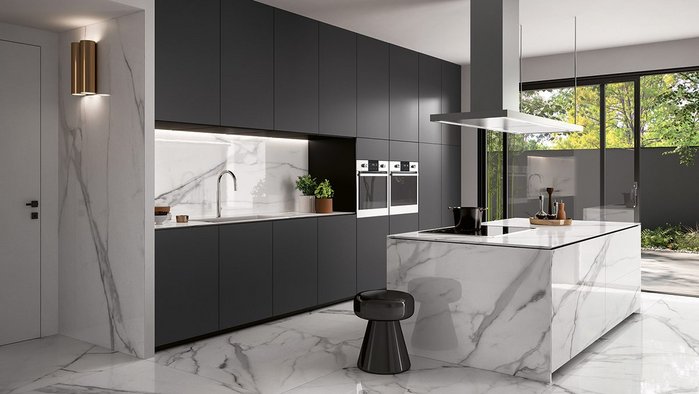