Changes in material, both obvious and subtle, delineate zones in KAAN Architecten’s new court building in The Hague

On the vast end wall of the lobby of The Netherlands’ new Supreme Court in The Hague is a painting, Hoge Raad, by Dutch artist Helen Verhoeven. At 4m by 6.5m, it’s a monumental and sobering piece. It shows dozens of citizens milling in front of a panel of judges, with hundreds more in the square outside. Gruesome images on the walls behind the judges depict the consequences when the legal system fails.

The work alludes to a Latin quotation reproduced in huge letters behind the 6m high sheer glass walls of the court’s 104m main facade: translated it reads ‘Where justice falls short, armed struggle begins’, the words of  16th century Dutch jurist Hugo de Groot. Ranged in front of the quotation, beyond the glass, are bronzes of six Dutch scholars of jurisprudence, previously scattered about the city, brought together to guard the court’s public entrance.

Dutch firm KAAN Architecten’s €59 million building, which opened last month, brings together in a very public way adminis­trative functions formerly dispersed around the centre. Facing on to the main street of Korte Voorhout, in sombre grey Bateig limestone and glass, the Supreme Court’s materiality is intended to make evident to the city and Dutch society the civic role of law.

KAAN Architecten’s partner Vincent Panhuysen says the functions of the building are explicit from this elevation – opening to the public realm at ground, the second, solid floor of support staff, and four other glazed levels of judicial offices, isolated from the main courtrooms at ground level, ushered above street level to allow quiet debate of the finer points of law.

Those functions are further distinguished internally, with a complex circulation that belies the raw simplicity of the exterior. Beyond the direct public access to courtrooms, circulation is about seeing that those due to testify and those who are accused do not cross paths.

The same thing happens on a more nuanced level for the judges and the Procurator General staff who formulate and bring cases forward for consideration – a form of Chinese wall to discourage any osmosis of influence. Part of the programmatic solution of the building was in making this complexity of routing seem completely natural.

Panhuysen says they wanted the communication of information to run through the building like a seam; like veins through marble in fact. Here, the domains of the Council of Judges and the Procurator General staff are literally defined by the materials used. In the Council atrium the surrounding floors feature the fine vertical black and grey lines of Marmara Equator marble, producing a dramatic, homogenous space laden with formal gravitas. Procurators, meanwhile, enjoy the more Rorschach-like effects of mottled Skyline marble, its panels given a softer, suggestively uncompleted, bevelled edge.

Even the privacy screens on the glass doors to the different offices are defined by their patterns, Panhuysen explains. ‘These are clearly expressed as a print of either vertical or horizontal lines,’ he says. ‘As judges are sitting magistrates, they are denoted with horizontal lines; the Procurator General staff, meantime, are always standing in front of them – and so we use vertical.’

In the courtrooms themselves, behind the seats of the judges, the choice was for backlit alabaster; a wry comment perhaps on the hoped-for justice shining through the relative opacity of a modern-day legal process. 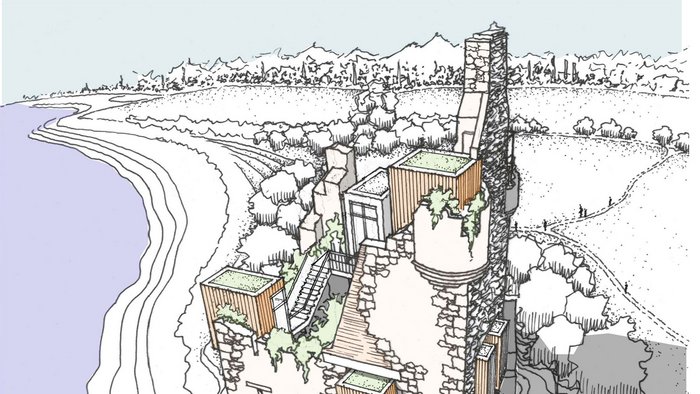 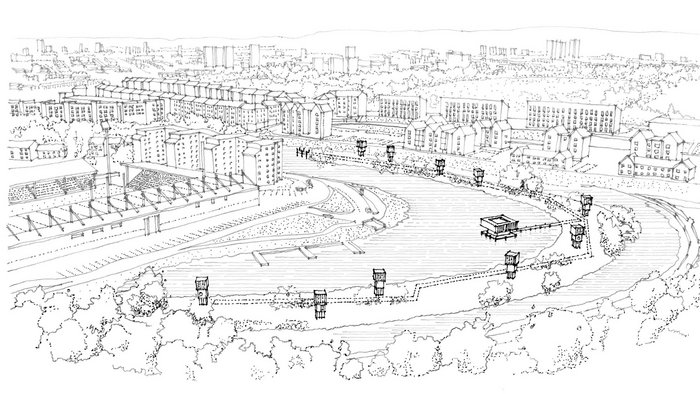 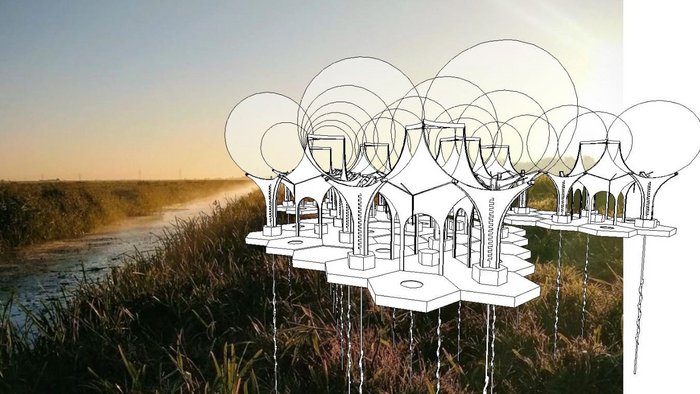