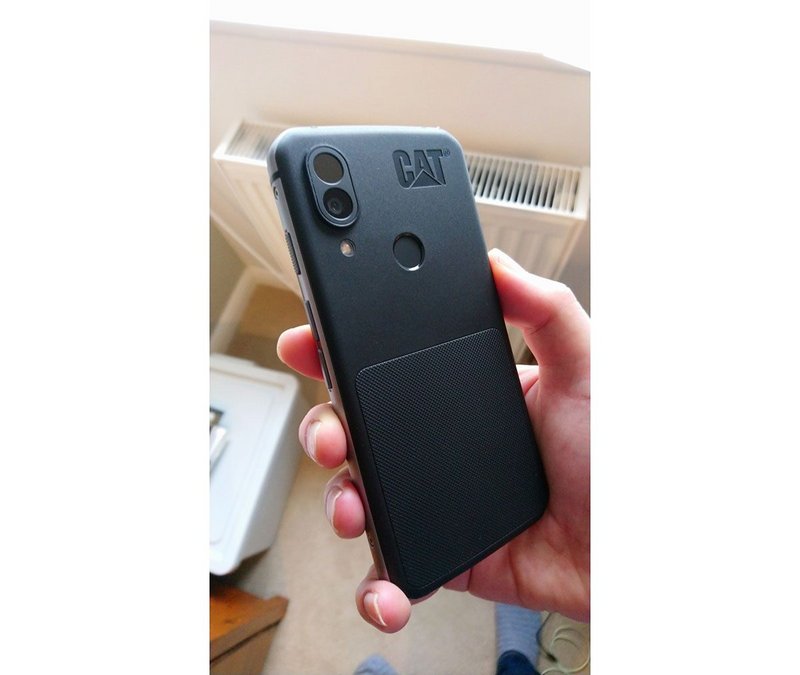 Smartphones seem capable of doing just about anything these days and the latest update to CAT’s range of rugged smartphones features a high-spec thermal imaging camera that can monitor for anything from gaps in cavity wall insulation, to poorly-installed windows or faulty electrics.

The 5.7in Android phone comes integrated with a Lepton 3.5 sensor, from thermal imaging leader FLIR, which quadruples the number of thermal pixels compared to the previous model. Thermal images have a 30% improvement in sharpness, mainly because pixels are smaller, which boosts image quality and clarity.

A high level of sensitivity allows the device to detect temperature differences of as little as 0.1°C. I carried out my own tests using the MyFLIR app which clearly revealed the heat signature left behind when I lifted my hand from a surface.

A quick scan of my 1969-built home, recently updated with PVC double-glazed windows, revealed some worrying thermal leakage, or perhaps damp, around two window frames (highlighted in dark blue versus orange or yellow for higher temperature areas) and patches of blue on otherwise orange ceilings that could indicate gaps in loft insulation. In another experiment, turning on the hot tap in the bathroom clearly showed the location of the copper pipe running under the floor, in orange.

The S62 Pro exploits Enhanced Multi-Spectral Dynamic Imaging (MSX) to blend a thermal image with outlines of contextual information, such as walls, windows, furniture etc, taken from the regular camera view. An on-screen slider increases or decreases the intensity of the outlines, which could be useful in more confusing contexts where there are multiple components or complicated wiring etc.

A new alpha blending feature combines the thermal image with the corresponding photographic image to give an alternative understanding of context. Moving a slider toggles between the two to achieve the level of detail required – and, if nothing else, it’s fun to mess around with taking snaps of the family.

Serious users however will probably want to exploit the spot meter feature, dragging and dropping crosshairs on the display to take temperature readings at specific locations. These pinpoint readings accurate to +/- 3°C. If time is tight on site, users can quickly capture thermal images then add spot meter readings in gallery view when back in the office.

Other handy tools in the app include a colour palettes button that swaps between different colour groups to represent high and low temperatures. For example, ‘Arctic’ displays the conventional orange/blue spread, while ‘Hottest’ reveals only the hottest part of the picture in red.

The overall temperature scale is relative to everything displayed in the frame, but if a particular fixed temperature range needs to be highlighted, users can set minimum and maximum temperatures.

The results I managed to achieve using the S62 Pro were, on the whole, impressive. Images were clear and detailed and despite the heavy processing demands of thermal imaging the display updated quickly with minimal lag. The only issue I encountered related to emissivity, shiny surfaces in the frame often appeared orange because they reflect heat but are not actually higher in temperature. Other factors that can reduce accuracy include the distance to the target and atmospheric conditions.

Priced at £599, the S62 Pro is a mid-range smartphone with a high-end thermal camera. Take into account the rugged build – the device has undergone repeated drop tests from 1.8m onto steel, plus waterproof, dirt and dust, vibration and tumble tests – it looks like a pretty useful gadget for site-based construction professionals.