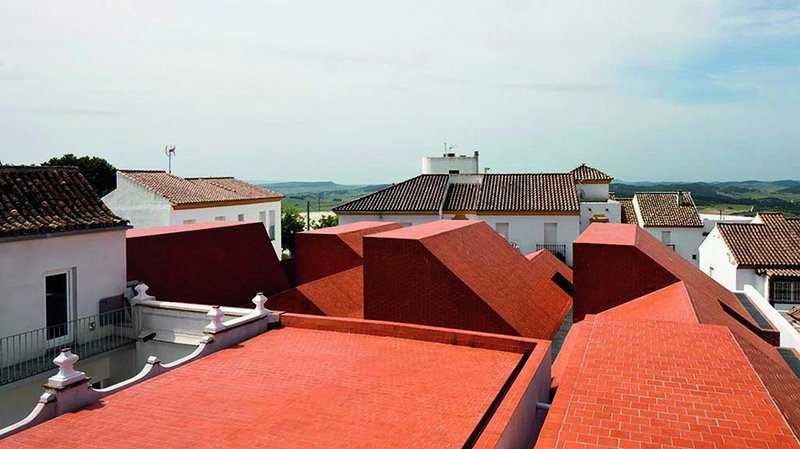 Two education buildings scooped top honours at the 11th ASCER Tile of Spain Awards, with the first prize in architecture going to a former abattoir in Medina Sidonia, Cadiz, and the interior design prize won by a teacher training college in Granada, Andalucia. The awards recognise innovative and imaginative use of Spanish ceramics in new buildings, and are open to entries from around the world. Winner of the architecture category was The Catering College by Spanish firm Sol 89 Architects, which put the building under dynamic angled roofs clad in 130mm by 130mm ceramic tiles. Ramón Fernández-Alonso Borrajo produced the college that won the interior design award, which used ceramic tiles on its ventilated facade and then brought them inside to form the ceiling soffit.