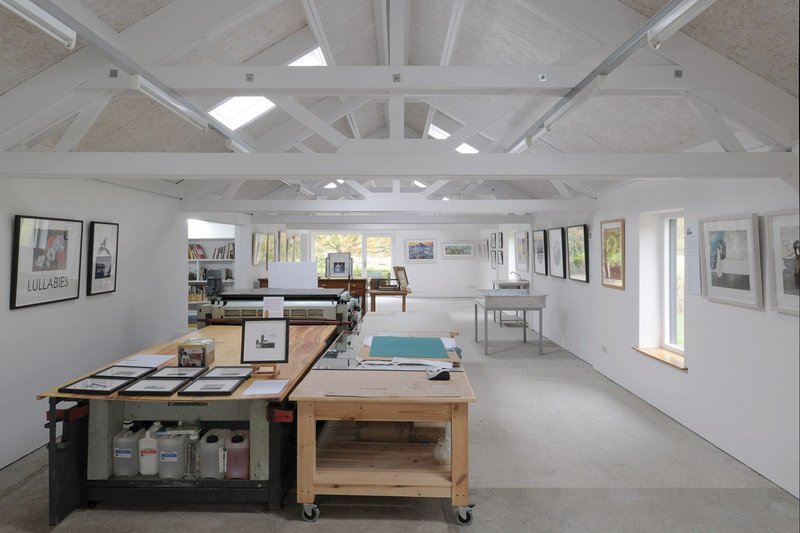 An abandoned and partially collapsed chicken shed in rural Suffolk has been salvaged and cleverly reworked by James Grayley Architects (JGA) to create a bright, characterful print studio and gallery.

Founder James Grayley says that its transformation, on what he describes as ‘an ambitious budget’, was only possible through the use of economical materials such as softwood weatherboarding and SterlingOSB Zero, both of which have been thoughtfully and carefully detailed to create a refined, contemporary building that references the local vernacular.

This is the building’s third incarnation. It started life as an aircraft repair workshop on the nearby Parham Airfield. After World War II it was dismantled, relocated and rebuilt in ‘a rudimentary way’ on its current site, where it functioned as a chicken shed for many years.

When JGA first became involved with the project, the shed’s days as a home for chickens were long over.

The building had no roof, its walls had all but disappeared and, apart from the remains of a giant rusty feed-hopper, the only element of the building still standing was a row of 10 triangular timber roof trusses, each supported on a pair of timber posts.

Unsurprisingly, the client’s initial brief was to knock the shed down and replace it with a contemporary structure the same size and shape.

But Grayley had other ideas: ‘We realised we could use what was still standing and build the new gallery around it,’ he says. ‘Our starting point was to take something that had been deemed worthless and, by placing a mute building around it, bring out the beauty inherent in the original structure.’

However, the old structure’s instability and its lack of height were a major challenge to its reuse. Despite being quite a long building, it was only 2.3m from the floor to the underside of the trusses.

To avoid additional structural bracing impinging further on the interior, Grayley has encased the entire superstructure in a rigid exoskeleton of 18mm thick SterlingOSB Zero.

‘We realised that if we covered the building in a carefully cut skin of OSB, it would provide the sheathing and structure needed to keep the building standing while being both visually and structurally lightweight,’ he explains.

For the building’s insulated timber walls, the inner layer of SterlingOSB Zero provides both structural rigidity and has the additional benefit of allowing the depth of the timber frame to be reduced.

A layer of plasterboard conceals the OSB to provide a neutral background for the gallery artworks. ‘There is nothing superfluous in the structure - everything has to be there to perform a function so we could build simply and economically,’ explains Grayley.

By contrast, the SterlingOSB Zero shell has been left exposed on the underside of the roof. It has, however, been given a wash of milky white flame retardant to prevent the spread of flame.

The board’s oriented strands are still partially visible through the semi-translucent finish. Grayley says the benefit of exposing the OSB is that it provides a contrast with the white walls to help ‘lift the ceiling’ while, at the same time, preventing the interior being a completely white box which might have been ‘visually overbearing’.

Grayley describes the Printroom Gallery as ‘a simple building, built well for the long term’. He says the use of SterlingOSB Zero made that possible in a way that might not have been realistic with plywood.

‘I think that where we’ve used one skin of OSB, we might have had to use two skins of plywood boards, all of which would have to be overlapped, so using OSB has saved us time and money as well as making for a more efficient structure,’ he explains.

Now that the transformation of the collapsed chicken shed is complete, Grayley is convinced that the decision to reuse the existing structure was the right one.

‘I think the client has got a better building than she would have done if she had just taken the view to knock the thing down and replace it with a building using an off-the-shelf frame,’ he says. ‘The character of the space is much better than it would have been had we done that.’

What’s more, because the building has been designed and built to a good technical standard, if its function as a print gallery were to end, it could easily be adapted for other functions - a fourth reincarnation perhaps? 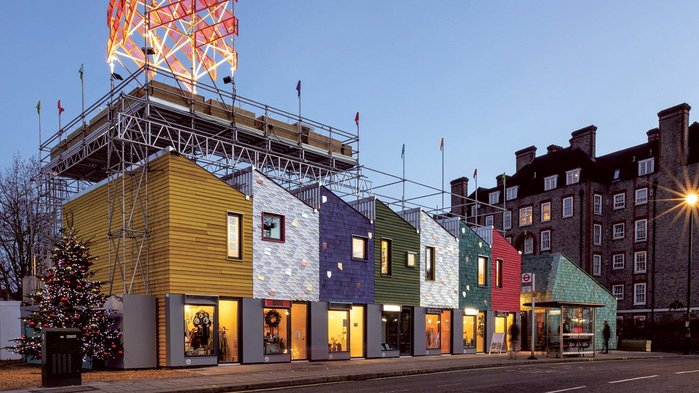 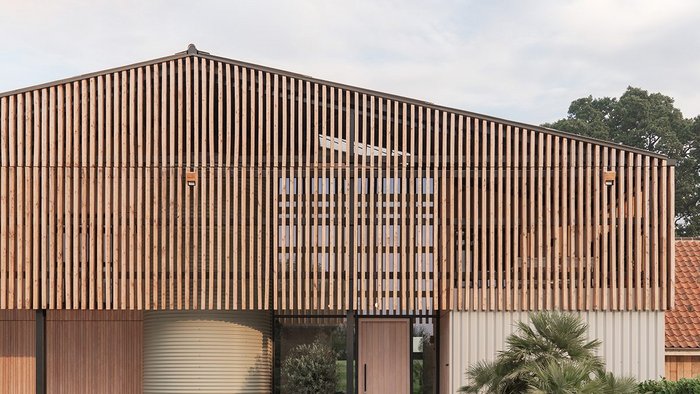 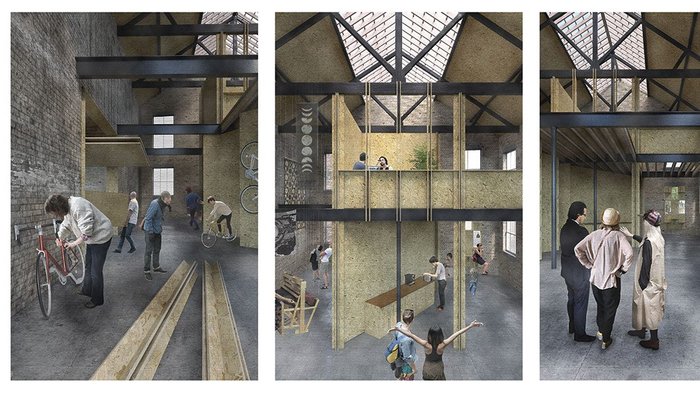