Though the five-strong shortlist for this year’s Andrew Doolan Best Building in Scotland Award is characterised by variety – ranging from a small cultural venue in a remote location by an emerging practice to a major city-centre university building by a stalwart of the scene – some strong themes emerge. All are public buildings: neither one-off homes nor volume housing have made the final cut, despite a strong showing among the RIAS award-winners from which the shortlist is drawn. Each displays a concern for sustainability, as RIAS president Christina Gaiger noted, while also suggesting that the celebration of these buildings should be a call to action at a critical time in tackling the climate emergency. Perhaps most notably, four of the five projects reuse and adapt existing buildings, in ingenious and sensitive ways. The fifth presents a different take on the idea of stewardship of the built environment, making a careful addition to a protected setting.

Hoskins Architects’ transformation of Aberdeen Art Gallery is signalled by a dramatic copper-clad roof extension, but the interior reorganisation of the Victorian category-A-listed building is equally significant. The 10-year project has produced dramatically improved art handling, storage, back-of-house and study facilities, as well as better circulation and new exhibition space.

Old and new also come together sympathetically and unapologetically at Oliver Chapman Architects’ Egg Shed in the coastal village of Ardrishaig. The project finds fresh purpose for a disused harbour-side warehouse, which is coupled with a new building to make a heritage centre and community hub.

Reiach & Hall has transformed a less venerable building for sportscotland. A sinuous, polycarbonate-clad extension turns a residential facility overlooking the Firth of Clyde and the mountains of Arran into the UK’s first fully-accessible sports and para-sports training centre.

Carmody Groarke’s Hill House Box re-presents one of Scotland’s most important structures. The lightweight chainmail enclosure protects Charles Rennie Mackintosh’s Helensburgh house while it undergoes repair, and acts as a temporary ‘museum’ within which the building and its conservation are exhibited to the public.

The winner – to be announced on 30 November – will be selected by a jury comprising former RIAS president Robin Webster, Brian McGinlay of McGinlay Bell Architects, and Ann Allen, chair of Architecture and Design Scotland and CEO of the Chartered Institution of Civil Engineering Surveyors. Buildings are assessed on architectural integrity, usability and context, delivery and execution, and sustainability. With five responsive, crafted and user-focussed buildings in the running, competition will be stiff. 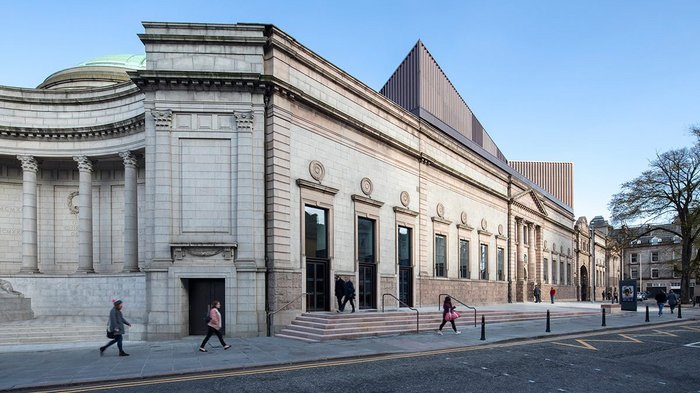 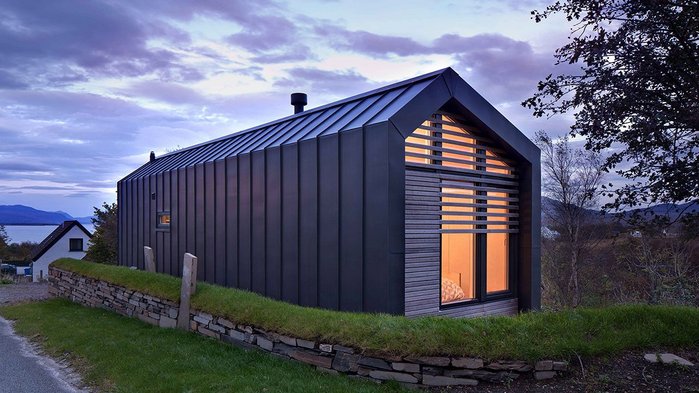 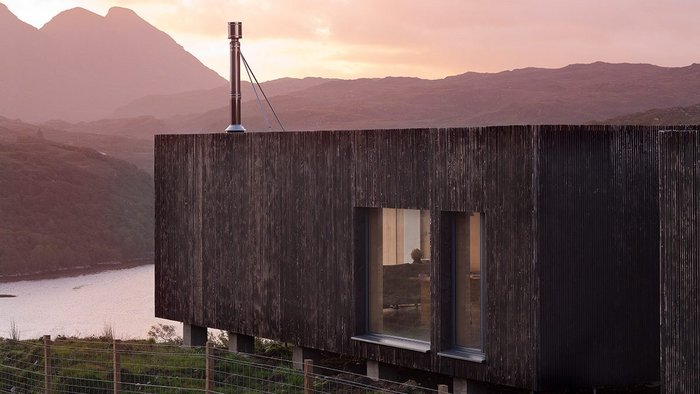