Artel31's structure provides a site for art during a year-long 'event' while also exploring building life cycles. The practice's Robert Elkin explains the thinking behind the project 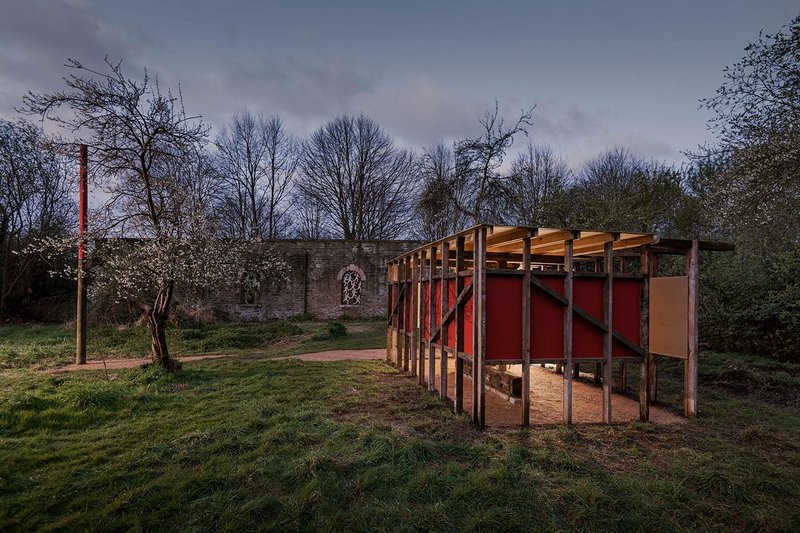 As a new practice, Artel31, we decided to seek out opportunities to push the boundaries of our design methodology. Inspired by The Office of Subversive Architecture’s early works we decided to just build something. That was five years ago.

The result, Mangotsfield Folly, is a temporary structure alongside a cycle path, embodying the sense of the comings and goings of the urban realm, through the history of the site, through the simple folly and the artistic events there, to a time when it will be no more.

The process was far from linear and what we have achieved has gone beyond our initial intentions, so it has been a great opportunity to expand our critical thinking and research.

So how did it all start? As keen cyclists, we had a chance meeting with Alistair Millington, land manager at cycle-route charity Sustrans. Subsequently, our mutual love of the installation pieces of European practices such as Johansen Skovsted Arkitekter led to the birth of the project in a coffee shop next to Bristol Temple Meads Station.

Initially, we were apprehensive about siting something in Mangotsfield station in south Gloucestershire. It is on the Bristol Bath Railway Path, which was the project that led to the national formation of Sustrans; it seemed too obvious a location. But as we started to delve into its history it opened a vast chasm of source material, and its past importance seemed to give pertinence to the temporality of the project’s existence, as we had originally intended.

We’ve long been enthralled by domicology – the study of the built environment’s lifecycle (see below). Here was a great example of evolution and devolution of the built realm. The site was originally a junction of various dramways, along which coal was pulled by horses, before becoming a six-platform train station which survived into living memory; evidenced by the many locals who came to regale us with stories of childhoods spent and misspent in the station.

The station was eventually shut as part of the Beeching cuts of 1963. The stationmaster’s widow continued to live there as it fell into disrepair, keeping fruit trees and a small holding in the old station gardens. After that it was slowly reclaimed by nature until the 1980s when the Sustrans’ founders started bringing the path back into use.

The station garden, though improved at the time of the major works to form the path, continued on its own process. Like the Aztec ruins of the Amazon, it is surprising how quickly the manmade realm is reclaimed by the wilds, and materials repurposed or stolen. Then one day in spring 2020 we climbed through a thicket and discovered a secret garden of misuse, both beautiful and slightly scary in its unruliness and seclusion.

We decided if we were going to donate something to public experience, there should be both architectural and societal benefit from its creation, temporary existence and ultimate demise. An idea started to form of a street architecture akin to Bristol’s famous street-art scene. The scheme would not seek to create gentrification, instead it would bring art into the space as it existed, communicating its statement but accepting that it was temporary; susceptible to the next creative – or less-creative – mind updating it.

Elements that would not last here would quickly be repurposed and evolved to better suit the space. The stone pediments of our principal structure, inspired by Shinohara’s Takinawa House, quickly proved to be insufficiently strong for the public realm and were ‘critically reviewed’ by local youths … so we rebuilt with a stronger more functional junction detail.

The design was driven by simplicity in construction, following Italian artist Enzo Mari. Judd and Prouve’s projects also inspired us in their refined detailing and offsite construction, minimising material usage and simplifying the eventual removal process. We wanted to make the structure legible to all. The simple structure is built from ‘mined’ material from other, decommissioned, buildings with shuttering ply and Rockwool panels.

As the project developed, further inspiration arrived as others become involved. Local arts project manager Suzanne Heath was excited by the possibilities and sought funding from the Arts Council and Emerson Green Town Council to bring a series of local, national and emerging artists to the site to re-envisage the space and document the year-long ‘event’. It is hoped that these programmes and introductions, as well as the wider concepts of the folly, will eventually be eclipsed by the physical manifestation.

Domicology is emerging as the definition of lifecycle studies of the built environment. Mangotsfield Folly is an exploration of that cycle in microcosm. It is a study that is going to matter increasingly with declining populations.

Leading protagonist George H Berghorn at Michigan State University has produced some interesting work, principally driven out of the ‘blight’ of Chicago and other cities in decline. Mangotsfield railway line shows this blight where a defunct structure had to be managed or removed at a cost to the public purse. This process is also happening at much larger scales in our towns and cities. It seems senseless to build 300,000 new homes a year – many on green field sites – while entire streets lie destitute elsewhere. Perhaps it is a reality born from dynamic populations, which are led by trends.

Looking to the future, it is generally assumed that most developed nations will have declining populations by 2050 – through personal life choices if not through environmental imperatives. Each town and city must fight for success in this world of slowing expansion. As areas become redundant, the competition for urban realms to thrive will worsen as society withdraws from blighted areas. The antithesis of garden cities, such towns will need to be removed from existence and populations consolidated in more manageable clusters.

As designers, we must be aware that this process of decline is accelerating even in an expanding population. As we outgrow our buildings, their components will need to be repurposed. A structure should not just be a machine for living, it must be capable of being repurposed as a new machine altogether.

This ‘folly’ is a case study of both reclamation – using construction materials mined from other demolition/refurbishment projects – and eventual reuse; it is designed to be fully demountable leaving nothing but a footprint. The question is: will suburbia be removed as easily? 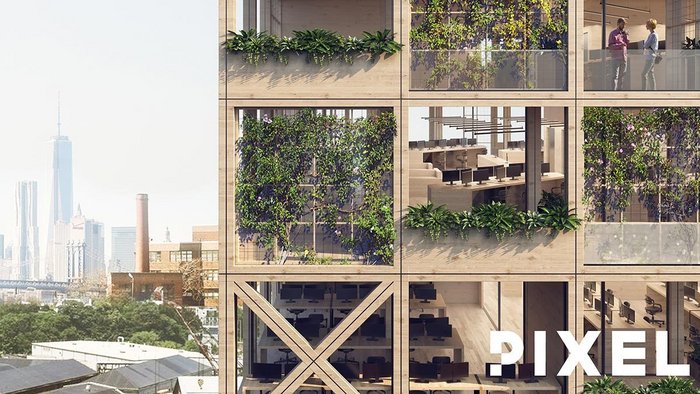