Grafton Architects’ award winning Town House for Kingston University is all about space – light, breezes and outlooks. It helps you think

Kingston’s Town House is a remarkable building for a modest university, as recognised by the award of the 2021 RIBA Stirling Prize. Quite how that has come to be lies in the team behind it. Kingston University vice chancellor Steven Spier is architect-trained. You don’t get many of them. His director of estates is an architect; so is the project manager. The actual architect of the building is RIBA Royal Gold Medallist Grafton Architects. Spier is surprised himself when he realises what an architect-infused team he had. ‘It is all that stuff that architecture gives you – we believe in it,’ he says.

The RIBA competition brief for this student work space and library, with dance department, was set with aspiration that has been carried through – unusual for a client in what is often a quality-cutting world of higher education estates, where many good ideas end up valued engineered to meanness. You can’t accuse Kingston University’s Town House of that. The volumes are big enough to take your breath away but are inhabited and unexpected, keeping you on your toes. Logical plans become complex interlocking volumes. Grafton’s Yvonne Farrell says so, but study the plans yourself and visit if you can: she is quite right. As Nicholas Hare Architects’ Student Centre for UCL shows, a relatively open brief enables exciting architecture.

One of those things that architecture gives you, that Grafton has talked much about, is ‘freespace’ – on which it pinned its curation of the Venice Biennale in 2018. Space and light yes, but it also encompasses views, air movement and sunshine and moonlight too. On paper it tends to ephemeral flummery. In concrete you can feel how Grafton can claim your mind works differently if there is space above your head. It starts with the compression and release of the entrances, set in the corners of the building. Here the edges of the concrete floor plates above your head keep a lid on the first experience. But a few steps in and the building throws it arms open wide to you, reaching up and out.

Your mind works differently with space above your head

The central staircase has a commanding presence (lines of concrete climbing the building, timber stairs inside them), this draws you upwards but the vertical impetus is offset by the ‘courtyard’ – an auditorium of oversized steps ranged to face into the building. Those perching on the steps are framed by an 8m gap between super-sized sliding doors. From the refuge of the steps staff and students have the prospect of the whole ground floor spread out before them, a commanding position that also gives views up into the library through internal windows. The courtyard is crisscrossed with routes, students cut through it to the bike park or, at a high level, between library and dance studios, perhaps leaning on the balustrade to spot a friend. It has space for 269 seated but is more likely to be used for a student fashion show than a lecture, says Spier. Its orientation is one of the products of a special part of this project, the adjudication committee. This was the group of competition judges – including Spier, architect John Jenner and university governer Nancy Cogswell – which selected Grafton Architects. They met at key points in the process to wrestle with big questions and ask difficult questions. Importantly, they were separate from the project or finance committee.

But the most radical element of the building is the loggias that edge it on the three sides. They might appear in photographs as a well done exercise in facadism: extended brises soleil, that give the facade depth, play with your sense of scale and green higher levels of the building. But more fundamentally they transform regulatory compliance on means of escape into a joyful everyday freedom. Instead of dark cores with escape stairs, students can trip down the outside stairs cascading along the facades from the fifth floor, straight into lectures in the next door building to the south, or northwards alongside the dark holm oaks in a pocket park. Students can get out to the fresh air, to look over Kingston while talking on the phone, to work among tall grasses of roof terraces, or – by the café at the top – to take a royal view of Windsor Castle. On the ground floor the loggias land as a colonnade, a civic presence onto an expanded street-side strip of green.

Anyone who has been keeping up with the climate impact of the embodied carbon of our buildings would feel uneasy walking into a building that so revels in its concrete construction. Grafton’s position is that the concrete has to justify itself, pointing to the reduction in waste of using precast, prestressed compared to in situ concrete and a ‘lean’ structure. Blast furnace slag made up 36% of structural elements, reducing cement use. Grafton director Gerard Carty describes the structure of the floor plates as ‘car park decks’, the fins of the double T beams ensuring maximum span capacity. Open library seating flows through the building, gently ordered by the structure. ‘We wanted to show the weight and order of elements,’ says Carty. The grid is at 6.4m centres facing the street but stepping back into the depth of the building the spans increase in length to accommodate the 12m wide performance space and 15m wide courtyard.

You wouldn’t know this was a design and build project

The concrete is moderated by joinery that lines the deep reveals of doors and internal windows and sits in between the internal double glazing designed for acoustic separation. From this – or the co-ordination of lights and detectors gracing the concrete soffits on the joints of the double T beams – you wouldn’t know that this was a design and build project. There is much praise for the contractor team from Willmott Dixon, and Kingston – with  £111 million spent on the estate since 2014 when Grafton was appointed and at least one more major building to commission – is a client worth pleasing. It no doubt helped that Grafton Architects’ team came over every week from its Dublin base.

Vice chancellor Spier has been involved in a number of new builds during his ascent of the academic ladder. But at Kingston he sees the building as an answer to a particular problem. Like many less well-known universities, Kingston was caught on the hop when the cap on student numbers was lifted and establishments known by reputation could hoover up more students than ever before. Town House is about attracting students and it is also about serving a different kind of student to those at more elite universities, those who may not have local student halls and are perhaps living at home. Spiers sees this sort of work space as the right of students at Kingston as much as those at Russell Group universities and of real value to them.

‘Here, students have complicated lives and families, and this is a way to draw them in,’ he says. ‘People like being here in a community of students. We try and keep them here on campus.’ 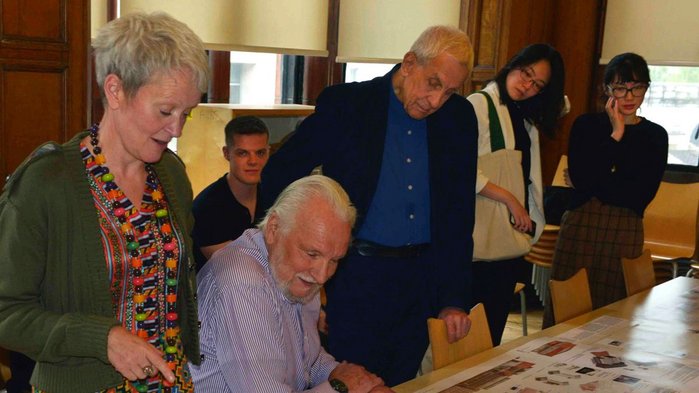 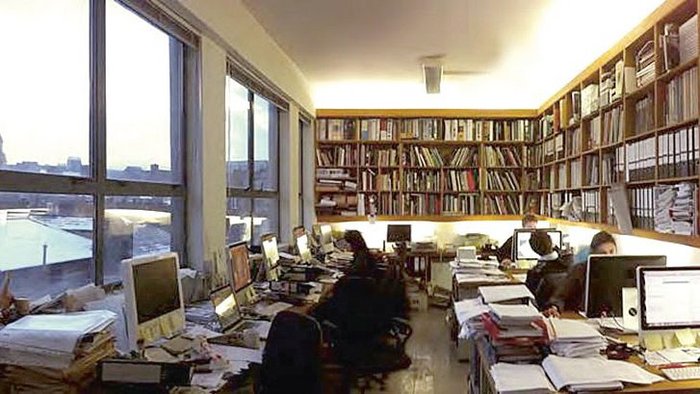 A team of individuals 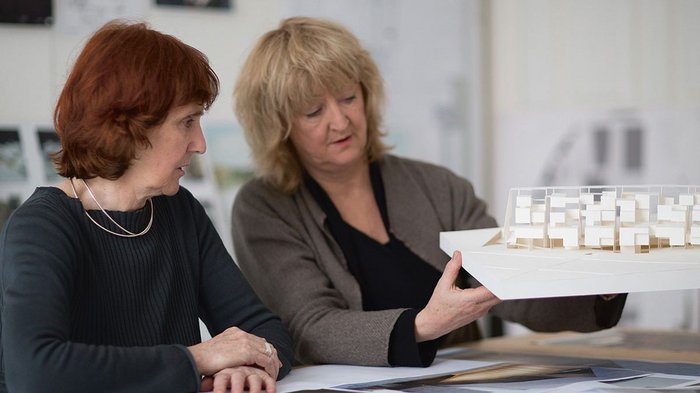