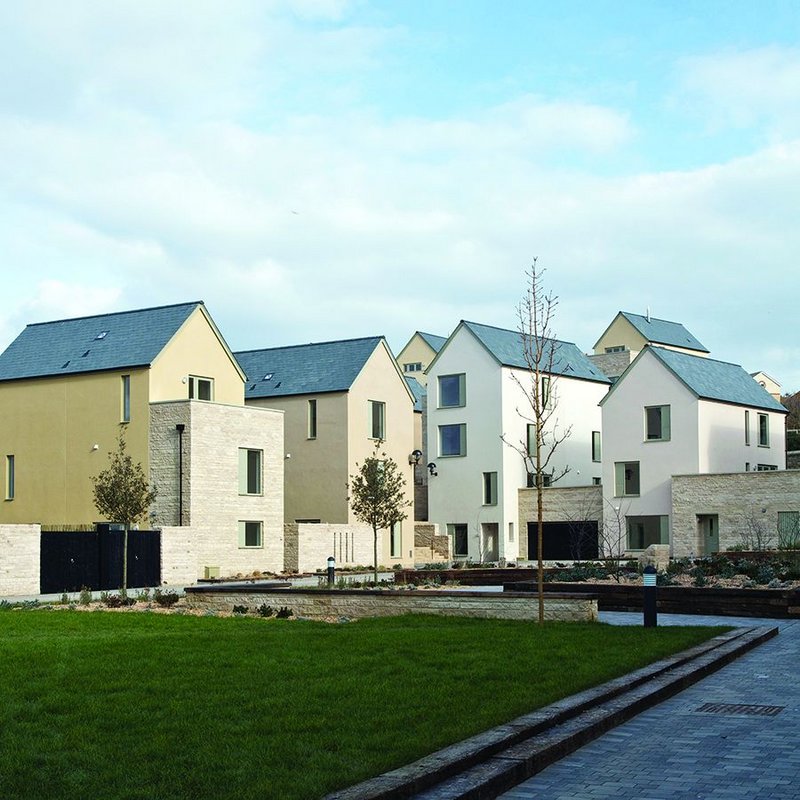 Built by the developer responsible for Prince Charles’ divisive Poundbury scheme, these 58 houses, initially built to accommodate sailors in the 2012 Olympics, is a ‘remarkable achievement’, say the judges. With precious few outstanding developer-led housing schemes in the UK, this is one.

Homes at Officer’s Field mainly face west, and are mostly terraced, but through clever massing appear detached. They are simple forms with pitched roofs and rendered walls, with low Portland Stone walls delineating the space round each house. Together the massing and materials offer ‘a richness and a layering to the ensemble’.

Exploiting volume and natural light to create variation and internal drama, the scheme was rated by the judges as ‘right up there with Accordia’.