Alan Jones, Belfast: The border and coast make our region a compact microcosm. Architecturally speaking, the relatively small population of 1.8 million punches well above its weight. It could be argued that our desire to excel is fuelled by the historical ‘fight to survive’ tension between the Planter and Gael.

Here, finely crafted Belfast-made timber windows completed the best of our ­architecture and that of London too, and the largest anodizing tanks in the British Isles serve both aeronautical and architectural construction. The frontier spirit of previous decades is evolving into a more considered architectural stance. Projects such as the MAC, Lyric Theatre, Giant’s Causeway Visitor Centre and the refurbishment of the Guildhall in the Derry/Londonderry City of Culture, have increased the design awareness of those in government who control procurement, showing them how investment in architecture brings about positive social, economic and environmental change.

Some practices demonstrate that smart working and focused effort is rewarded with making quality architecture appear relatively easily. Increasingly, practices’ skills are being recognised by those outside our system – with commissions across the mainland and for prominent London sites and beyond. We are also making inroads into the Republic of Ireland too. Our graduates can remain local or pitch for positions in premiere practices elsewhere. We hope that those who leave return to reinvest their experiences and skills.

With the transfer of planning powers to councils, local architects can approach and support the decision makers and help ensure the fuzzy handover period is minimised. The impact of the newly appointed creative director of PLACE is already being evidenced and a strengthened, more pithy, revised version of architectural policy will also help ensure the continued upward architectural trajectory of this proud and precise periphery of Europe.

Alan Jones is director of architecture (education) at Queen’s University Belfast and president of the Royal Society of Ulster. 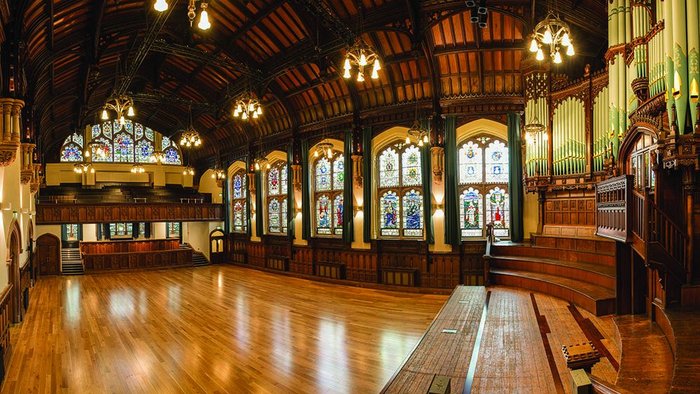