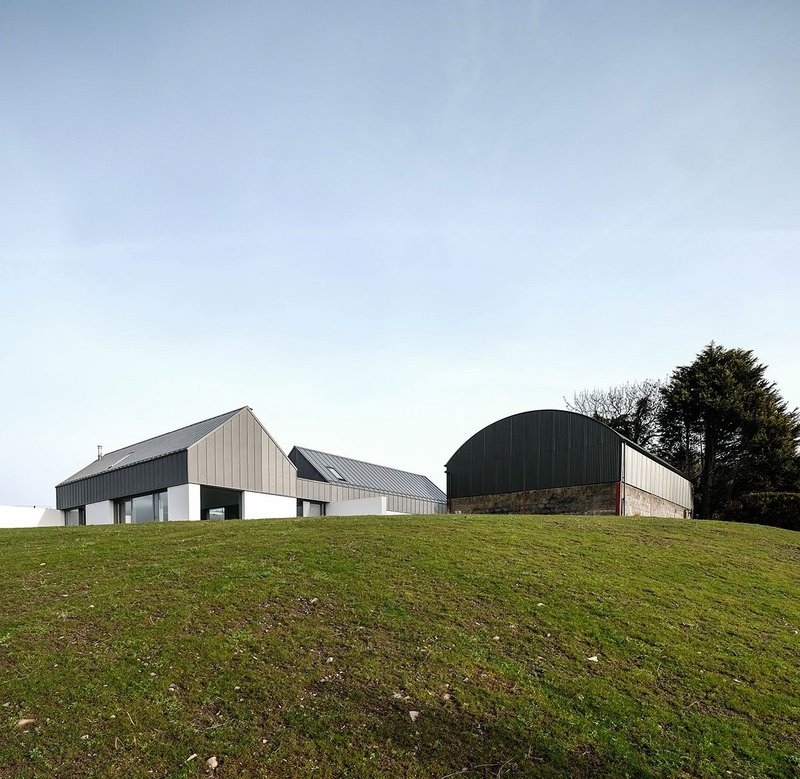 Kevin McCloud is not on the judging panel for this year’s RIBA House of the Year but in interviews celebrating the 20th anniversary of Grand Designs in August he lamented the proliferation of bathrooms, showers, en suites and toilets in houses and apartments being built today that often outnumber the occupants. Certainly, it’s noticeable. My 10-year-old rented 1.5 bed Allies and Morrison flat conversion has three loos between two. We didn’t choose it, but it provides endless jokes for visitors. At one point we called one shower room the toothbrush charging room, now it’s become the occasional haircutting salon. Basically, we deliberately mothballed it when we moved in. Architecture:m’s house on the moor, reviewed in the November special housing issue, beats us with five toilets for two occupants.

This explosion of sanitaryware is not really new. Le Corbusier was obsessed; that washbasin at Villa Savoye of course, but his and his wife Yvonne’s sleeping area in their apartment in Paris is more bathroom than bedroom. In McCloud’s television programmes on this year’s RIBA House of the Year contenders, however, the winner, McGonigle McGrath’s Lessans House for a retired couple in County Down, stands out for its lack of bathrooms. It only has one. When the couple’s grown-up children stay, everyone has to – amazingly – share. As clients Sylvia and Michael explain: ‘En suites are more cleaning and why would you be bothered?’ Hear hear.

It’s an approach reflected in Sylvia’s fiercely democratic sleeping arrangements too. There is no master, all the bedrooms are rigidly identical – ‘small’ by the architect’s standards. Some extraordinary lavish homes were longlisted for the House of the Year prize, with bathrooms and master bedroom suites the size of my flat ruling the roost, so it’s not surprising that House Lessans stood out to this year’s judges. At 235m2 the home isn’t small but it was made on a modest cost of £1,425 per m2 (total build £335,000) and feels immensely achievable for a greater number of people. Rewarded for its honesty and modesty, it has been so exhaustively designed that it competes aesthetically and spatially with homes twice the price. ‘The architect has created a family home that exudes calm, dignity and generosity,’ say the judges.

Like nearly all the other projects shortlisted as part of the awards - Nithurst Farm in West Sussex, A Restorative Rural Retreat for Sartfell on the Isle of Man, Black House on Skye, and The Green House and Secular Retreat both in Devon – House Lessans is rural, 40 minutes’ drive out of Belfast. Naturally, the scheme makes the most of that context (the only city house on the shortlist was Pocket House in East Dulwich, London).

An L-shaped barn-like building, House Lessans’ white rendered walls capped with zinc pitched roofs reference the agricultural building next door that the clients wanted to keep. Inside, the living areas occupy the wing with views onto Northern Ireland’s rolling green hills while the bedrooms are lined up looking out onto a courtyard in the other. The spaces are tall, voluminous and light. The all-round double height is given a sense of cosiness and homeliness by the horizontal division in the walls: everything below is grey and white above. It avoids the white wall aesthetic of the gallery with interchanging texture of painted brick and timber panelling. The home’s apparently simple architectural language and carefully orchestrated architectural ensemble has a familiar feel to last year’s winner Haysom Ward Miller Architects’ Lochside House in Scotland. 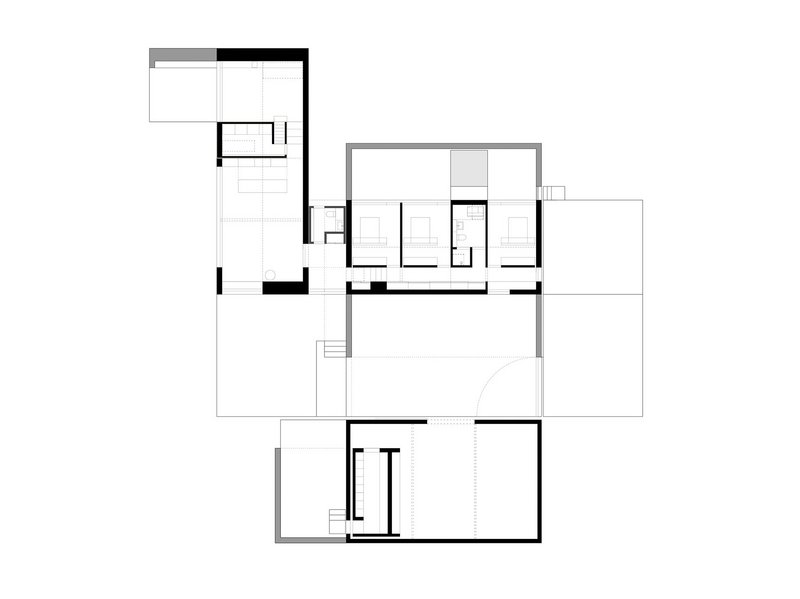 Plan showing the L-shaped house forming an entrance courtyard with the existing barn.

What’s interesting though is that it does all this using very basic materials – the cheapest bricks possible, concrete ones usually found dug down into foundations in the ground; fixed windows with solid operable ventilation panels to the side rather than bi-fold or sliding doors. In some ways House Lessans should not be remarkable but that’s exactly what ensures it is. Precise detailing makes low cost materials look expensive – flush mortar joints to the internal brickwork and pushing out the glazing and openings to be flush with the facade.

‘House Lessans demonstrates,’ says RIBA President Alan Jones, ‘that life enhancing architecture does not have to cost the earth.’ The house belies any notion that an expensive budget is the gateway to excellence, which might be a critique of other schemes. It has a social thread that joins the project to Mikhail Riches’ Stirling Prize winning Goldsmith Street scheme earlier this year. The democracy of the bathrooms could be said to apply to the materials here too – rather than the hierarchy of stone at the top all too present across the rest of the longlist, all are treated with respect and honour. About time.