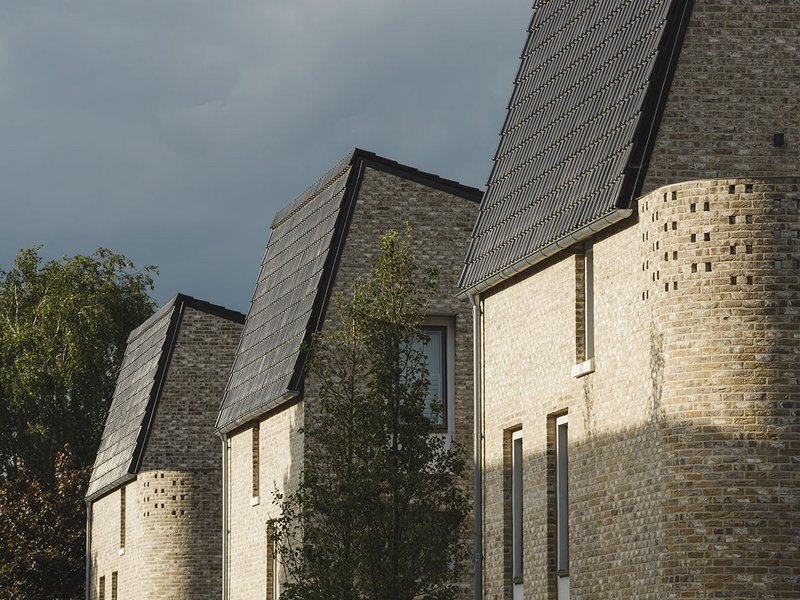 For the first time ever, social housing has won the RIBA Stirling Prize. The award to Goldsmith Street, the seven terraces of homes designed by Mikhail Riches with Cathy Hawley for Norwich City Council, marks a significant moment in the history of the prize. It hints at a shift in values in the profession away from spectacle and towards social good and environmental performance.

The judges – who included the architect of last year’s winner Bloomberg London, Michael Jones of Foster and Partners, and architect of the London Eye, Julia Barfield of Marks Barfield – said: ‘Goldsmith Street is a modest masterpiece. It is high-quality architecture in its purest most environmentally and socially-conscious form… These desirable, spacious, low-energy properties should be the norm for all council housing.’ RIBA president and judge Alan Jones, who grew up in a council house, pointed to it as a ‘beacon of hope’.

However, councillor Gail Harris, for Goldsmith Street’s client Norwich Council, drew attention to the hostile environment in which councils are operating, battling with cuts and Right to Buy. Huge discounts for tenants to buy their own homes makes council investment at scale risky. Councils can quickly lose these homes to a secondary rented market, along with their chance to house those in most need; Norwich has a waiting list of approximately 4000. Will the secretary of state for housing MP Robert Jenrick, in the room as the prize was announced, take heed?

It is testament to Norwich that it took that risk – much other council development since council house building became easier in 2012 has been small scale and been funded by land values either on site on other council land holdings. This was recognised as Goldsmith Street also took the inaugural Neave Brown Award for Housing. Notably it was the only project with 100% social housing provision on that four-strong shortlist.

So what is special about Goldsmith Street? It is a very traditional form on the outside and internally the layouts don’t challenge the norm beyond borrowing the space of hallways for living area (an occasionally awkward strategy). But the recognisable front doors and street layouts are an important hallmark. And there are thoughtful details, from brick porches and curved corners, dark pantiles sweeping up and over buildings, brick balustrade perforations and even the inclusion and landscaping of communal spaces.

Significantly, this is also a Passivhaus project with the street oriented to capture the sun and the demanding requirements on the contractor followed through by client and architect. This is the second year running that the Stirling Prize-winning project has foregrounded sustainability – although costly innovations and the embodied energy in the steel frame of Bloomberg have drawn criticism. Accepting the Stirling Prize David Mikhail called for better rules on designing in a climate emergency: 'We need the government to legislate, so we are not seen as the crusties in the room.'

As Extinction Rebellion’s protests in London slow the city with dramatic reminders of the imminent danger to the environment and humanity from our own actions, the RIBA Stirling Prize may seem something of an irrelevance. But on closer inspection the shortlisted buildings and practices are at the forefront of mainstream sustainable design, reusing buildings, experimenting with labyrinth cooling, exploring different materials.

All the shortlisted practices have signed up to the business pledges for climate in Architects Declare, which fundamentally links good design with climate change action. That was launched earlier this year by 17 Stirling Prize winning founding members. Mikhail Riches, as the latest in that line, is already signed up to interrogate its actions and designs from the point of view of climate emergency, not just on projects where clients demand Passivhaus standard and not just on performance, but also on embodied energy with the aim of design that can regenerate our environment in the widest sense.

Other prizes announced on the night went to projects from the Stirling shortlist. The Cork House won the Stephen Lawrence Prize for projects under £1 million and 2019 Client of the Year was awarded to Network Rail. 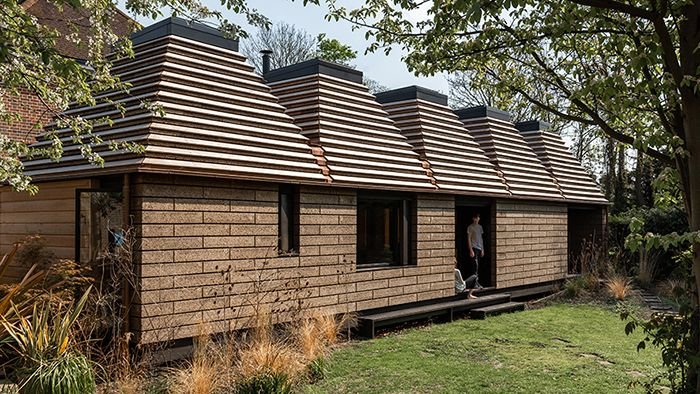 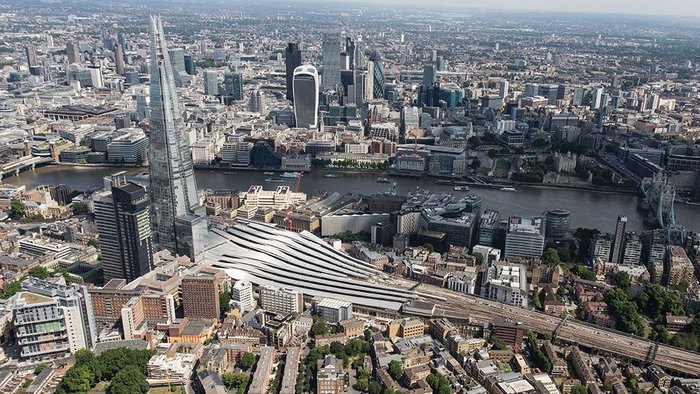 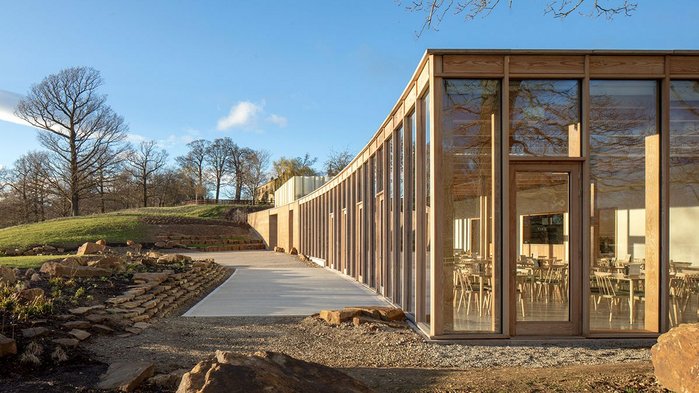 Back to the wall at The Weston gallery