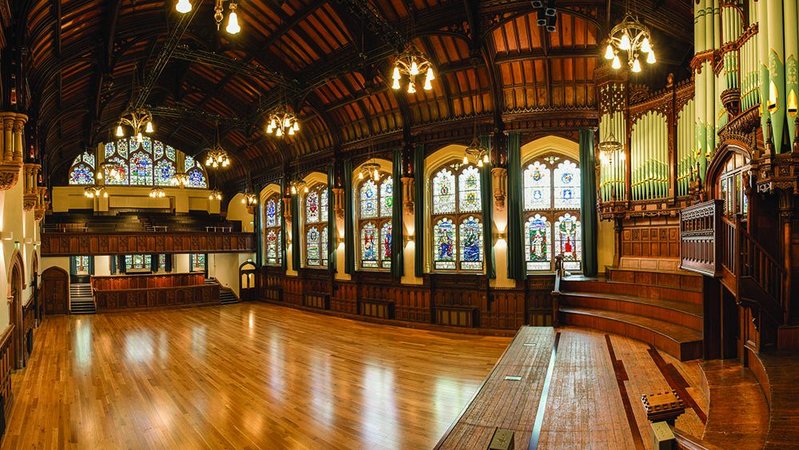 Derry-Londonderry’s Guildhall has been part of the city’s history since John Guy Ferguson’s neo-gothic design was completed in 1890. Consarc Architects was appointed in 2010 to consolidate the structure – damaged in a fire in 1908 and bombs in 1972 – repair the sandstone, and replace damaged stained glass.

Externally, two new public plazas link the building better to its city context. The dark and institutional interior has been opened up and reconfigured as a public space, with the council chamber reinstated on the first floor creating an elegant and dignified new civic amenity; the judges calling the restored Guildhall ‘a master class in conservation practice’.