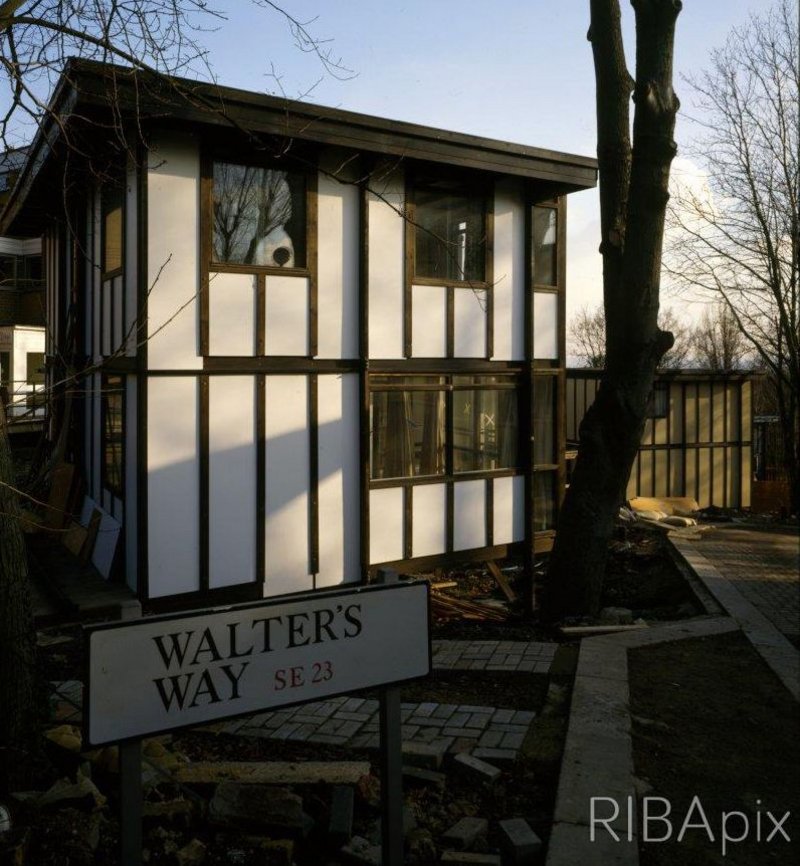 If, in 1962, Jewish immigrant Walter Segal and partner Moran Scott hadn’t had six children between them, perhaps he would never have developed ‘The Method’ house that is synonymous with his name. But necessity is the mother of invention and Segal needed to ensure his family had a roof over its head while their Highgate home was being rebuilt. The ‘pop-up’ timber house, built to his fledgling principles, went up in a fortnight and cost £800 (£16,000 today). Sometime after, others saw the potential of his building method for themselves and Segal realised that if he was going to enable those with no experience of building to build, then his model would have to be robust, simple, open, flexible, economic.

By the mid-1970s the Lewisham Self Build Housing Association, formed of a number of individuals and families, was building to his basic principles on pockets of land in the borough. Later, one member of the group recalled ‘the indescribable feeling that you finally have control over what you’re doing’. Segal proved that, when it came to building a home, if there was a will, there really was a way.

Segal died in October 1985 but by then, with projects springing up here and abroad, his legacy was assured. He was the godfather of self-build, the big cheese of community empowerment. There are two streets in London named after him – Segal Close and Walter’s Way; a perfect commemoration of a man who built a path for us, and 30 years after his death, is still inviting us to walk down it.