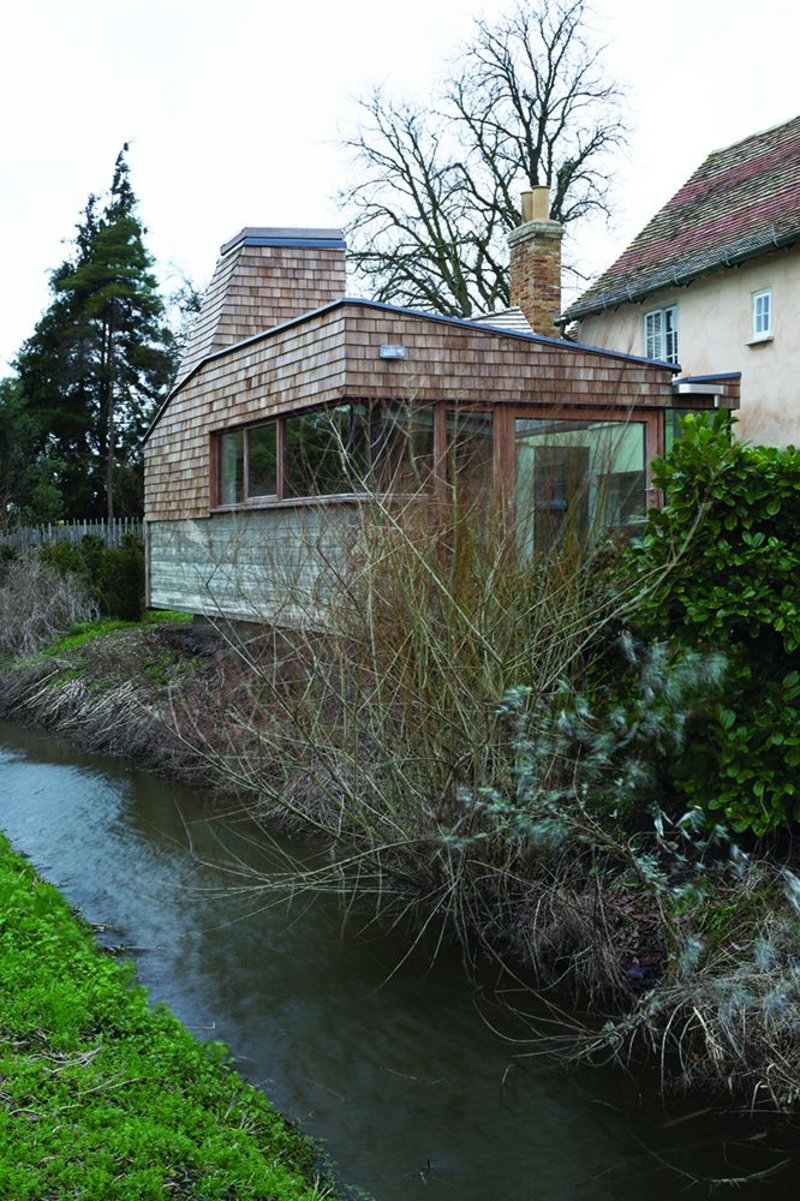 It’s seldom that a panic room is considered a thing of beauty, but here on the Cambridge fens, clad in timber shingles to complement the main refurbished grade II listed house, this small addition achieves the feat consummately. 5th Studio’s design is a response to the client’s need for an elevated extension to act as a refuge in the case of flooding, allowing continued occupation in the house until the waters receded.

But it is also an escape into light, with a huge horizontal window offering expansive views across the landscape and a sizeable light cannon drawing luminescence down into the space. It is a bijou thing this, but in its formal look and spatial richness, it sits confidently alongside the original building, with, in the way of the best architecture, one enriching the other.