Not all clients can ‘read’ architectural drawings and this can lead to disappointment or dispute. Virtual reality can offer them a clearer idea of what you have in mind, says Brendan Sexton

Communicating what you see in your mind's eye is one of the core skills taught in architecture schools. The first year can be a frustrating experience as students fumble with words in the struggle to adequately express their ideas and architectural concepts.

Architecture had been described in words for millennia. An early example is found in the Book of 1 Kings in the Old Testament where, in 550 BCE, The First Temple of Jerusalem was described in exacting detail. The multitude of artists’ interpretations of the temple, easily found via a quick internet search, demonstrates our desire to better understand the qualities of the temple and is testimony to the shortcoming of words in conveying space.

Two dimensional drawings offer a more accurate description. An early example of the architectural plan is of The Tomb of Ramesses IV from 1100 BCE. This methodology of plan, section and elevation is still taught in our architecture schools as a key way to communicate ideas; upon graduating, students are fluent ‘speakers’ in architectural drawing. However, a shock awaits many of them when they meet clients who cannot ‘read’ drawings, or at least have a limited understanding of them. They may think they and their client are on the same page when scrutinising drawings, only to discover during construction that the client is surprised by what is being built. This can often end in disappointment or worse, a dispute, when clients’ expectations do not match the construction drawings. As architects, we owe it to clients to use a means of unambiguous representation that is more easily understood, without them needing to be well versed in architectural drawing conventions.

It was during the Renaissance that further forms of representation were added to the architect’s toolkit. The most ground-breaking step was the rediscovery of linear perspective drawing by Brunelleschi when he experimented with mathematical techniques to draw The Baptistery in Florence. A century later, Raphael had delved into the even more immersive two-point perspective. One was no longer required to assemble the plans and elevations in one’s own mind but could gaze through the window of perspective into that of the artist or architect. Building donors could have confidence in the vision of their architects before the foundation stone was laid. Along with perspectives, architects invested efforts in large scale models to communicate their proposals. A notable example is the Great Model of St Paul's Cathedral; this massive 1:25 model allowed King Charles II to walk alongside the unbuilt church at eye level and feel immersed in the grand scale of Wren's masterpiece. Today the model is still delighting tourists.

The advent of personal computers in the 1980s allowed architects to produce drawings more efficiently, and laser cutters and 3D printers have speeded up the model making process. However, the output had remained largely unchanged since Wren's time. It was not until 2012 that computing technology presented the next leap in design communication with the emergence of affordable virtual reality, through the crowdfunded Oculus Rift. This hardware combined with the gamification of BIM data allowed clients for the first time to step inside the architect’s mind and wander freely in their creation. At Cullinan Studio, we were early adopters of this technology while it was still in its gestation period. Upon donning the goggles and virtual hands, our clients’ initial gasps of delight at the new experience soon switch to a critical engagement of the design. Immersive virtualisation leads to in-depth design discussions both within our practice and with our clients. We are still grappling with techniques to curate our clients’ experience; unsupervised freedom in incomplete proposals can result in confusion as to what represents a final proposal and what is work in progress. One of our first projects to utilise immersive techniques is the National Automotive Innovation Centre at the University of Warwick. The end users who visited the building virtually at design stage are now finding that there are no spatial surprises in reality; issues had been addressed with them in the virtual environment before construction. Clients feel a greater involvement and shared ownership of the design due to their input. They also gain more confidence in the architect’s proposals before the often huge cost for construction is approved.

We are well on the way of a radical new way of communication which is quickly becoming mainstream. Exciting developments into mixed reality are under way with the secretive, heavily funded company Magic Leap. The jump between VR and MR will be greater than it was between Brunelleschi and Raphael. It is an exciting time to be an architect thanks to the great change in immersive representation that is taking off. Architects should begin to welcome their clients through the door into their mind’s eye.

Brendan Sexton, architect at Cullinan Studio is one of RIBAJ’s Rising Stars 2016. Find out more about RIBAJ Rising Stars, a scheme to reward up and coming construction professionals. Rising Stars 2017 opens for entries in June. This is one of a series of articles written by each of the winners.

Join Cullinan Studio’s open VR night on Friday 16 June for an immersive experience as part of the London Festival of Architecture 2017. 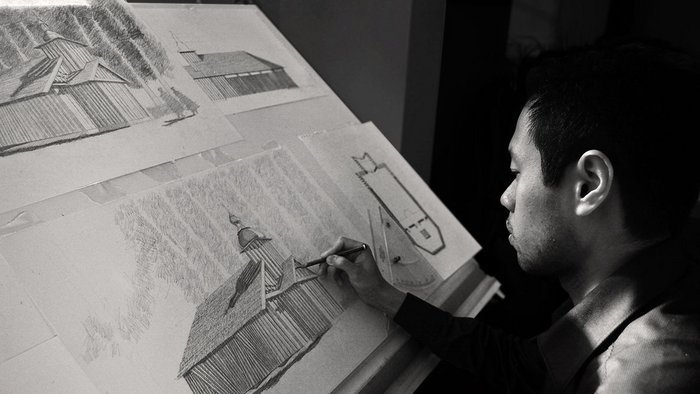 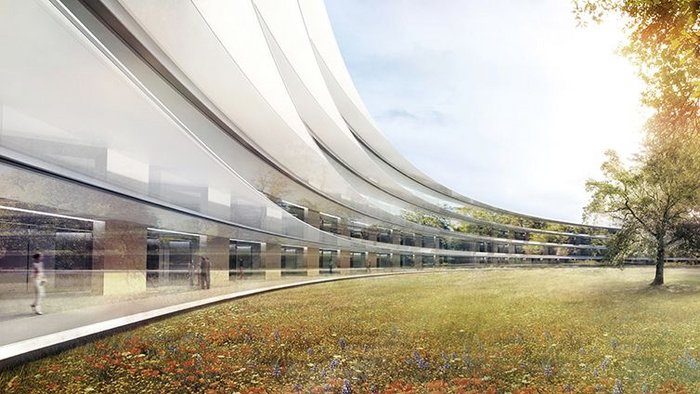 Nice day at the office 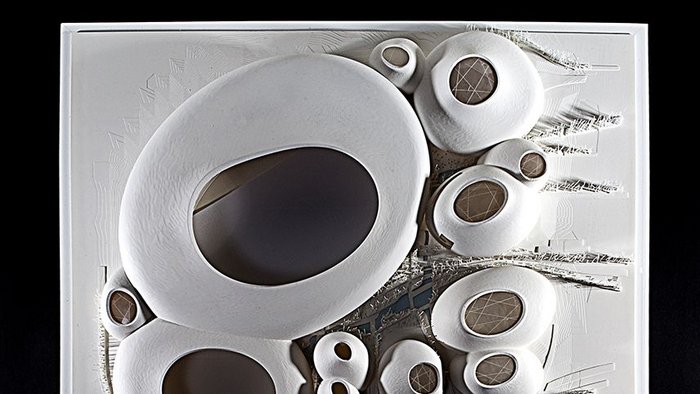